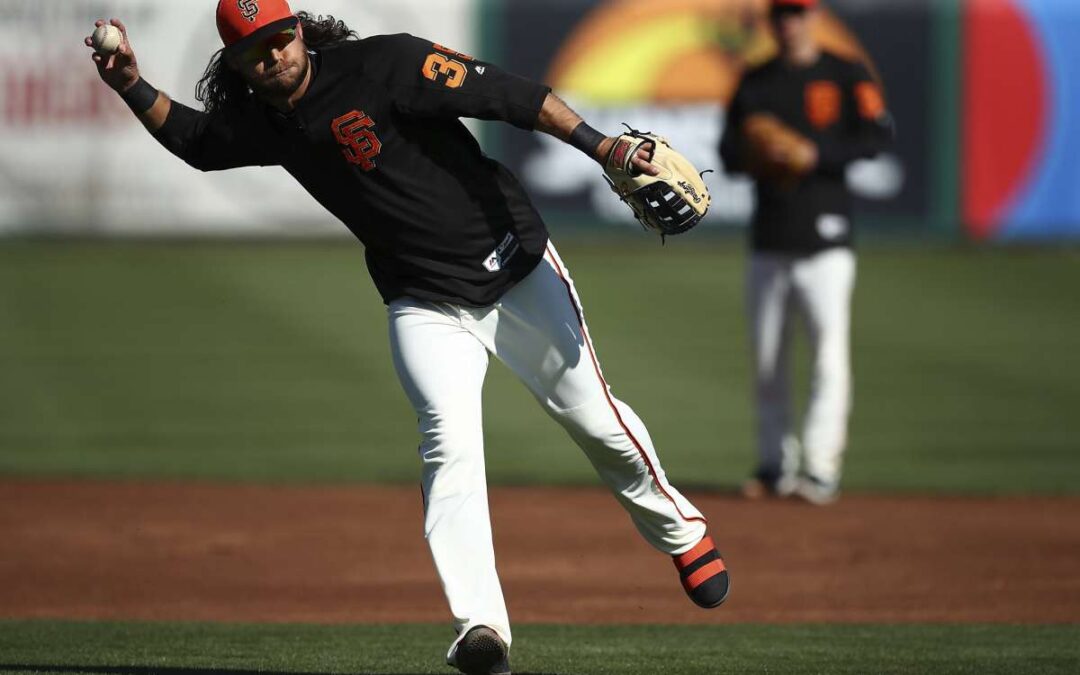 In yesterday’s 7-0 smashing of the Cleveland baseball club, the Giants hit homers, many of them, five in all. I don’t want to list all the names because I did not sleep much last night. Suffice it to say BCraw and Donnie Barrels hit theirs with a runner on. The other three were solo shots. The story of the game may well be Logan Webb however. He’s my pick for best Giants starter of 2021. Yesterday he pitched five innings allowing only one hit and getting seven strikeouts in a dominant performance. This Spring he has pitched eleven innings and only allowed three hits with zero runs.

Here is the BCraw homer and it’s a thing of beauty:

In other news yesterday Gabe Kapler says “it’s realistic” that Heliot Ramos will play with the big club in 2021. Very interesting… The future is now.

In other news Hunter Pence posted this on Instagram and it’s too cute to pass up, plus it’s got City Lights, the nation’s coolest bookshop, in the background. God I miss San Francisco!

Finally, there is a very cute story about young British scouts who have become huge fans of Oriole outfielder (and the game of baseball) Anthony Santander. It’s a great, inspirational read and a reminder that baseball has a potential global following.