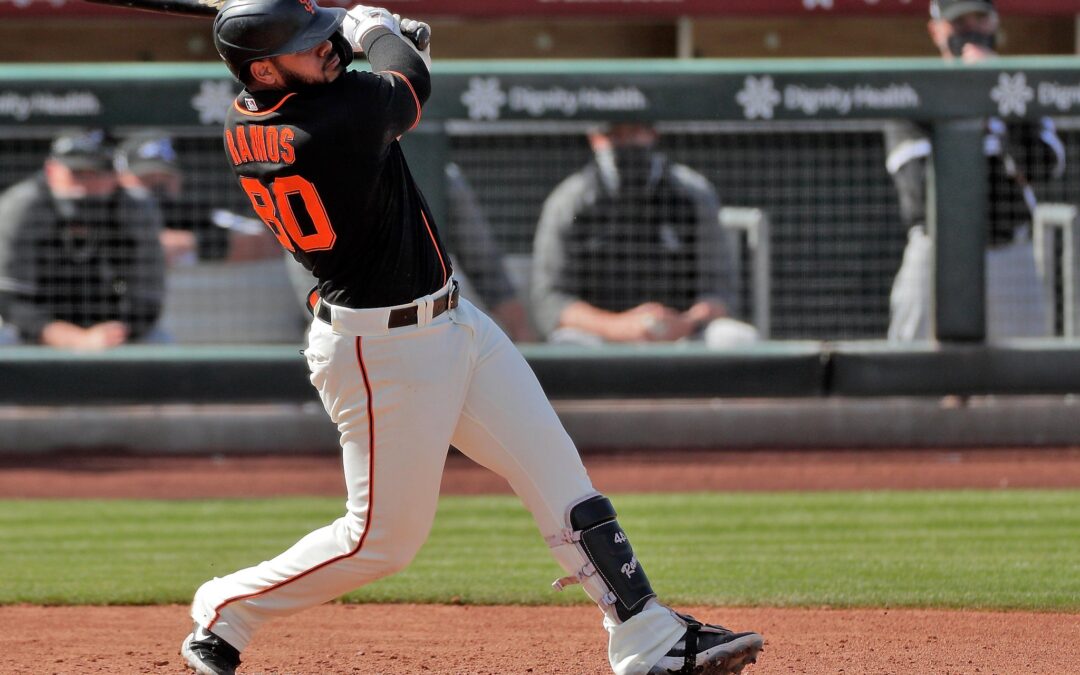 Heliot Does it Again

The Giants lost to the Brewers 13-7 in a Cactus League game yesterday. Alex Wood started and gave up one run on three hits in two innings. The highlight of the game however was the mashing of a baseball by one Heliot Ramos who hit a tape measure bomb in the top of the ninth. The ball was hit so high and so deep that the television cameras had a hard time following its orbit around the Milky Way and its destination to Alpha Centauri:

Steven Duggar (remember him) hit an opposite field homer as well. Duggar, the former heir apprentice to Angel Pagan and then Denard Span in center field, has had a troublesome start to his MLB career with far too many injuries despite flashes of success at the plate and a steady sterling display of defense in the outfield. He appears to be one of those Ancien Regime (Sabean Era) players on the cusp of making the 40-man roster or on the verge of being jettisoned to another organization. There were a number of interesting comments in our thread yesterday about Duggar.

Here is a beautiful play by Will Wilson:

Here is you Giants Spring Training Box for Yesterday’s Game: