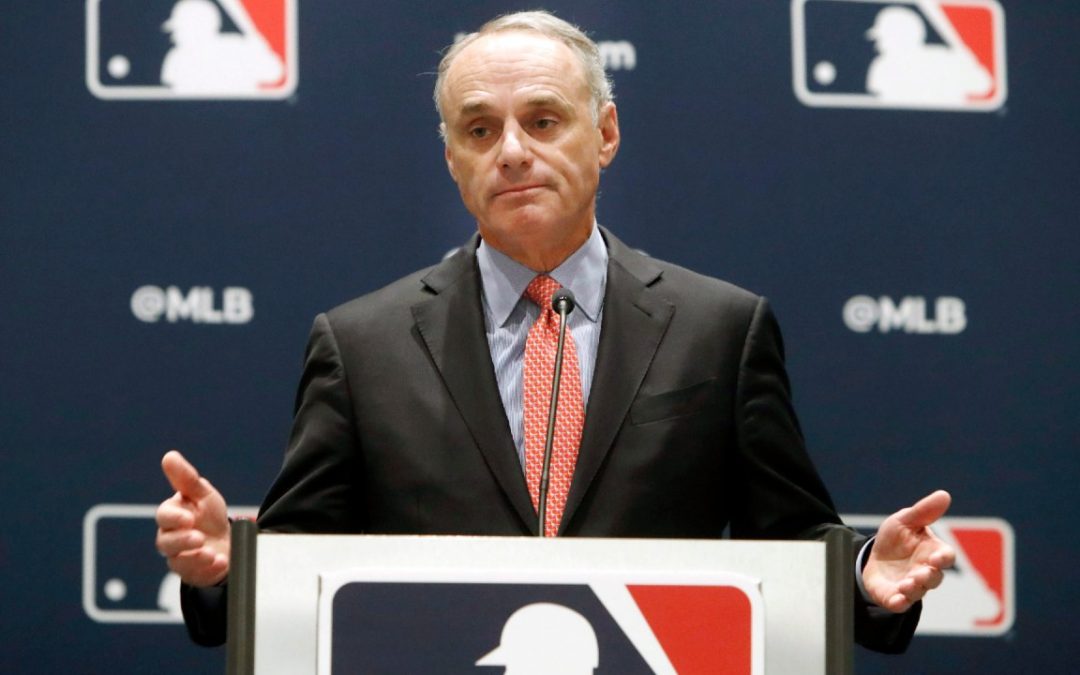 Greek Giant is happy Major League Baseball is back. Greek Giant is not happy about the new CBA. So to make himself clear he chose to write this article in the third person, alla Surf Maui and Barry Bonds.

No More Runner on Second Base to Start Extra Innings

Great move, finally MLB is going back to big boy Major League Baseball rules. No more runners to start extra inning games beginning in the tenth. No more chicken-sh*t T-Ball rules! Now a team has to put together a rally or hit a homer to win an extra inning game the old-fashioned way. This is what makes baseball so great: the drama of extra innings with no clock and no artificial ways to score.
Verdict: Greek Giant approves!

It’s about f00-cking time! This never should have happened.

MadBum has a No-No and GG does not care if it was only a 7-inning complete game. Give me a break MLB!
Verdict: Greek Giant approves!

The new CBA will expand the baseball postseason to 12 teams, adding two starting this year. With the new format the teams in each league with the top records will get a one-week bye, something that may be a curse as much as a benefit. This is not football. When your pitchers and hitters lose a week of timing then it can be a problem to get back into the rhythm and groove of competitive postseason baseball. See 2012 Detroit Tigers in the World Series after they sat cold for a week before the Fall Classic. The expanded postseason continues to dilute the value of a division championship. it means that the sixth-best team in a League can end up winning the World Series if they catch fire at the right time. It is bad for baseball and it lessens the importance of the regular season. This is but one of the new rules that basically tosses the history and integrity of the game into the dumpster.

One of the interesting details of this. new system is that there will be no tiebreakers (game 163) for division championships. This just boggles the mind!
Verdict: Greek Giant HATES IT!

DH In the National League

Greek Giant is about as old-school National League as it gets. He remembers the days when Steve Rogers of the Expos hit a two-run single off Steve Carlton to win a playoff game against the Phillies in 1981. I love the strategy of the NL game with double switches and pinch-hitters. I love watching guys like Madison Bumgarner swing the lumber but here is the problem: The NL is the only place in pro baseball where pitchers hit. Greek Giant is sick and tired of watching pitchers make a mockery of trying to bunt or even just swing the bat. GG does not want to ever see a pitcher take a bat and look at three strikes down the middle because he is worried about getting hurt or running the bases. He does not want to ever EVER see another professional athlete be so incompetent at a fundamental baseball skill SOOOOOOOO… the DH in the NL is an idea whose time has come.
Verdict: Greek Giant Begrudgingly approves

The Luxury Tax, also known as the competitive balance tax is increased. Penalties start at $230 million in 2022, and move up to $244 million over the life of the new CBA up from $210 million last season. In principle, this is a good thing for players as more money means bigger contracts and fewer teams getting punished for spending on their payrolls. Here is the problem: when you already have teams like the Marlins and the Reds with payrolls at half or below the minimum the Luxury Tax is kind of only one half of the issue. MLB needs to institute a Payroll floor as well. This is something the Players would love but Owners are unlikely to accept.
Verdict: Greek Giant Says “Yeah, whatever…”

Beginning this season MLB will have patches of ads on uniforms. This is simply a desecration of the game and will likely result in Greek Giant never watching another ballgame on TV or in person. The commercialization of life and sports in general is already grotesque, an abomination of the senses and a bastardization of everything sacred and pure. When you put ads on baseball uniforms after naming rights for stadiums, ads everywhere in ballparks, you simply go too far. A baseball uniform should simply represent the team and the city. There are lines that should not be crossed and for Greek Giant this is one of them.
Verdict: Greek Giant will never go to another MLB game

There will now be a draft lottery with all 18 non-playoff teams in the mix for the first pick, second pick, etc. Greek Giant hates this idea too. It so lacks in imagination and it so copies the NBA. First, a lottery seems like such a lame and passive-aggressive way to address a major problem: the tanking now indemic in the game so teams can pick at the top of next year’s draft. GG recommends another system: Teams should draft in the order of their record, beginning with the World Series Champ. In other words, F9i8ck the loser teams. Let the winners get the spoils and start incentivizing winning again for Christ’s sake!

Punish the clubs that lose. Make them find ways to be better so tanking is eliminated as a possibility. This system coupled with a Payroll floor (see above) will guarantee a more competitive MLB. What makes the NFL so successful is simple: the competitive balance among each teams and the drama that comes from knowing that so many teams have a chance to win the Super Bowl each year. MLB needs to learn from this. If one needs to compensate the sad sack losers let them have a bigger piece of international talent but make draft order a mirror of each season’s won-loss record and playoff finish.

Here is a graph of the new lottery system: Verdict: Greek Giant Says “Give me a break!”

Nine-inning double headers are back, Thank GOD! The shift is now outlawed. This is a good thing too because after years and years of pleading with players to beat the shift by bunting and hitting the other way, few actually tried. It is time to stop the ridiculous site of line drives into right field being turned into 4-3 put outs. Batters work hard for their hits. Extreme shits distort the game and just look weird. GG does not want to see Evan Longoria play second base ever again. It’s just not cool and it stops a bit of the action flow of every game.

Greek Giant could go on and on about the other issues left un-addressed:

but you already know how he feels about these issues. If you do not then go to One Flapper Down or McCutie Chronicles.