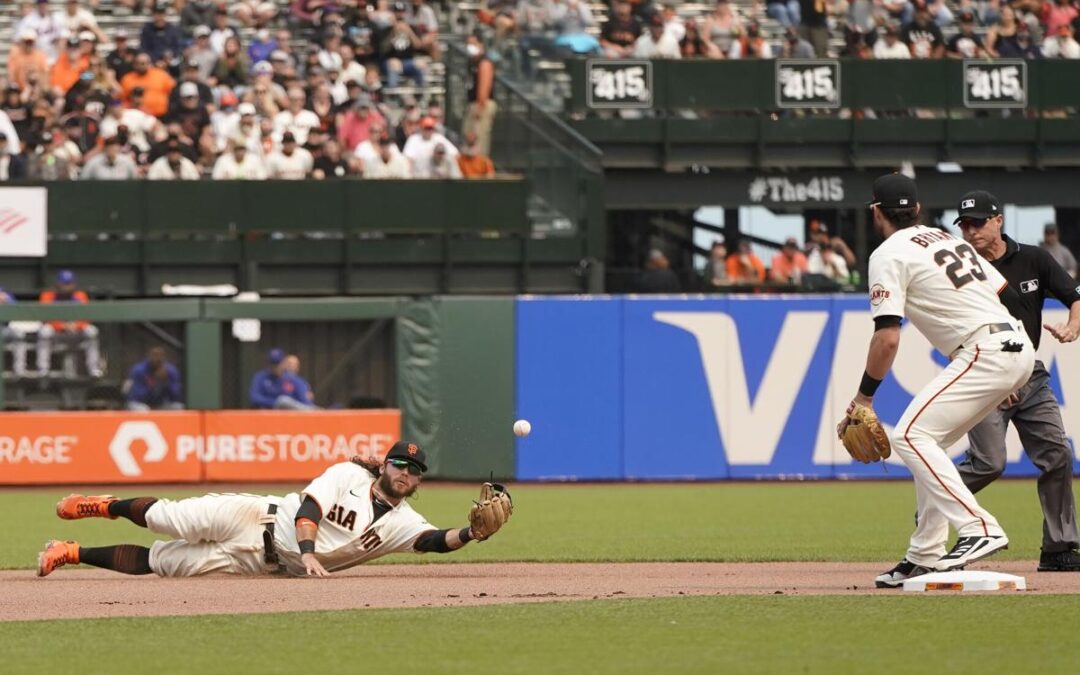 After yesterday’s 6-2 loss in 12 innings to the Mets a little perspective is in order. The Giants just completed a nine-game homestand going 7-2. I will take that every time and so will you. Yesterday the Giants were in cruise control on their way to a clean 1-0 afternoon win when in the top of the ninth Closer Jake McGee hits Pete Alonso with a 1-2 count to lead off the inning. It was a bad sign. The Mets would tie the game but McGee would prevent further damage.

The teams would exchange lone runs in the 11th and then Superman, aka Kevin Pillar would put the dagger in the Giants with a 3-run bomb to left. You could see it all coming. The Mets relief trio of May, Diaz, and Familia was simply dominant on this day. Watching them pitch against the lifeless Giants lineup, challenging our boys with blastballs down the middle and fastballs doing the tango across the strike zone at 97 I wonder how anyone ever scores against them. Then the good team of NBCSN Bay Area showed the Conor Gillaspie homer in the 2016 Wild Card game off Mr. Familia and I remember these are the Mets and they are human.

It’s just that on this day the glory goes to the New York bullpen.

New York starting pitcher Tylor Megill (spelling?!) was suiperb as well and the Mets basically out-pitched the Giants to salvage some of their dignity. So…. while we are not going to cry about this loss and get overly greedy the fact is the Bums steamrolled the Pirates who rolled over and played dead in the middle of a Pennant race. This means the Giant lead is now 3 games in the NL West.

Anthony Desclafani left the game with an ankle injury after covering first on an infield play. He appeared to have injured his ankle landing awkwardly throwing a pitch prior to the play. The official verbiage for the injury was that Desclafani was removed due to “ankle discomfort.” No wonder so many people make fun of baseball. The Giants really need to work on their PR handling of phrasing injuries. This one is just embarrassing.

Let’s use the term “discomfort” to explain the Giants (lack of) hitting attack on a day that saw Tyler Chatwood, Yes, that “Tyler Chatwood” make an ingnominious appearance as a Giant both as a pitcher and as a hitter, where he struck out to end the game since Gabe Kapler had no more players to use as pinch-hitters. UGLY!

Other than LaMonte Wade Jr.’s rbi knock and one in extras by Tommy LaStella there were really no heroes at the plate on this day for the team in orange and black.

The Giants are off today before traveling across the Bay Bridge for their series in Oakland.