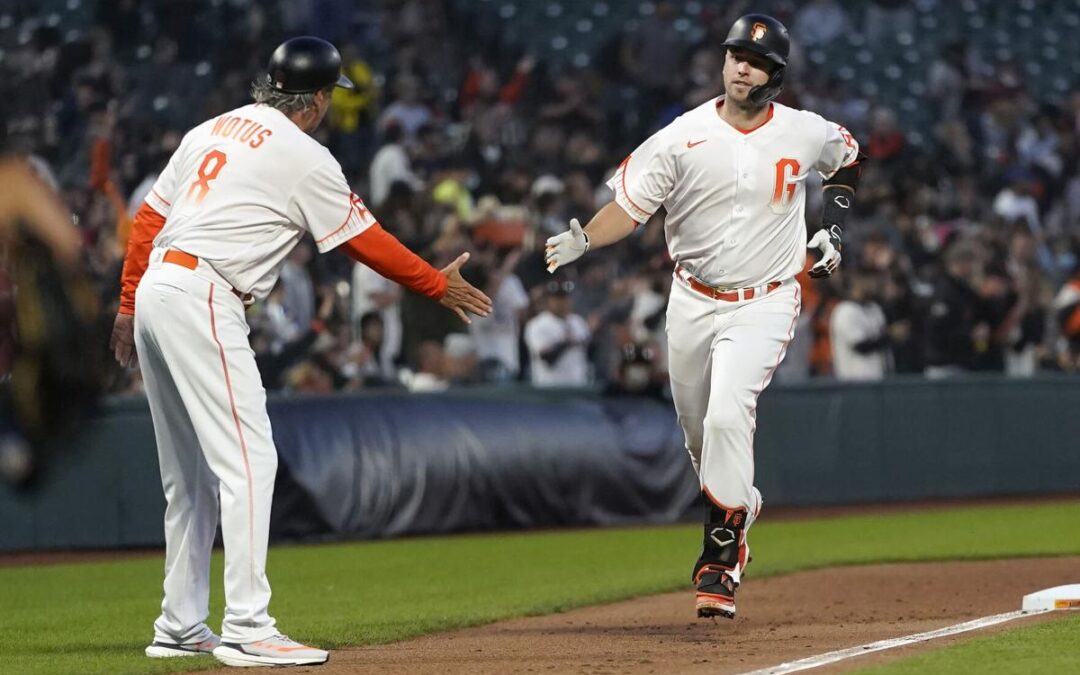 In last night’s ridiculously wild ride of a baseball game Buster Posey reached base each of the five times he made a plate appearance. He scored from first on a double from Brandon Crawford and popped up from his slide to exclaim “I’m so fast!”. Oh, he also homered and went 2-2 to raise his batting average to .333. If I were a voter for the Baseball Writers of America Mr. Gerald Posey would be getting my MVP vote.

Mr. BCraw would get a few of my MVP votes as well.

The Creamsicle Magic continues. So far this season the Giants are 5-0 wearing the horrible alternate jerseys. Who knew ugly cold be so cool?

The game was decided in the bottom of the ninth when Kris Bryant hit a hot smash to the Dbacks firstbaseman who could not corral the ball and then threw wildly to first. The play may end up being a base hit upon further review. At any rate, after blowing a 5-0 lead the Giants won 8-7 to stay four games ahead of the Bums who beat the Phillies. The Giants are now 8-2 in their last ten.

There were other heroes in the game. LaMonte Wade Jr. made a splendid back hand catch diving at full extension in right field.

For Alex Wood it was a frustrating night. The lefty was trying to get to double digit wins this season for the first time since 2017 but could not hold a five run lead. In all he went six innings and allowed six hits with all five runs he allowed scoring in a very bad top of the sixth. Jake McGee allowed two runs in the top of the ninth to blow a save while lasting only 2/3 of an inning. He allowed a single, then three walks and a sac fly in a rough outing. Zach Littell earned the win to record the final out of the game. Mr. Littell’s stock is climbing as we speak.

The Giants called up Camil Doval from AAA Sacramento yesterday and optioned John Brebbia to the California capital. 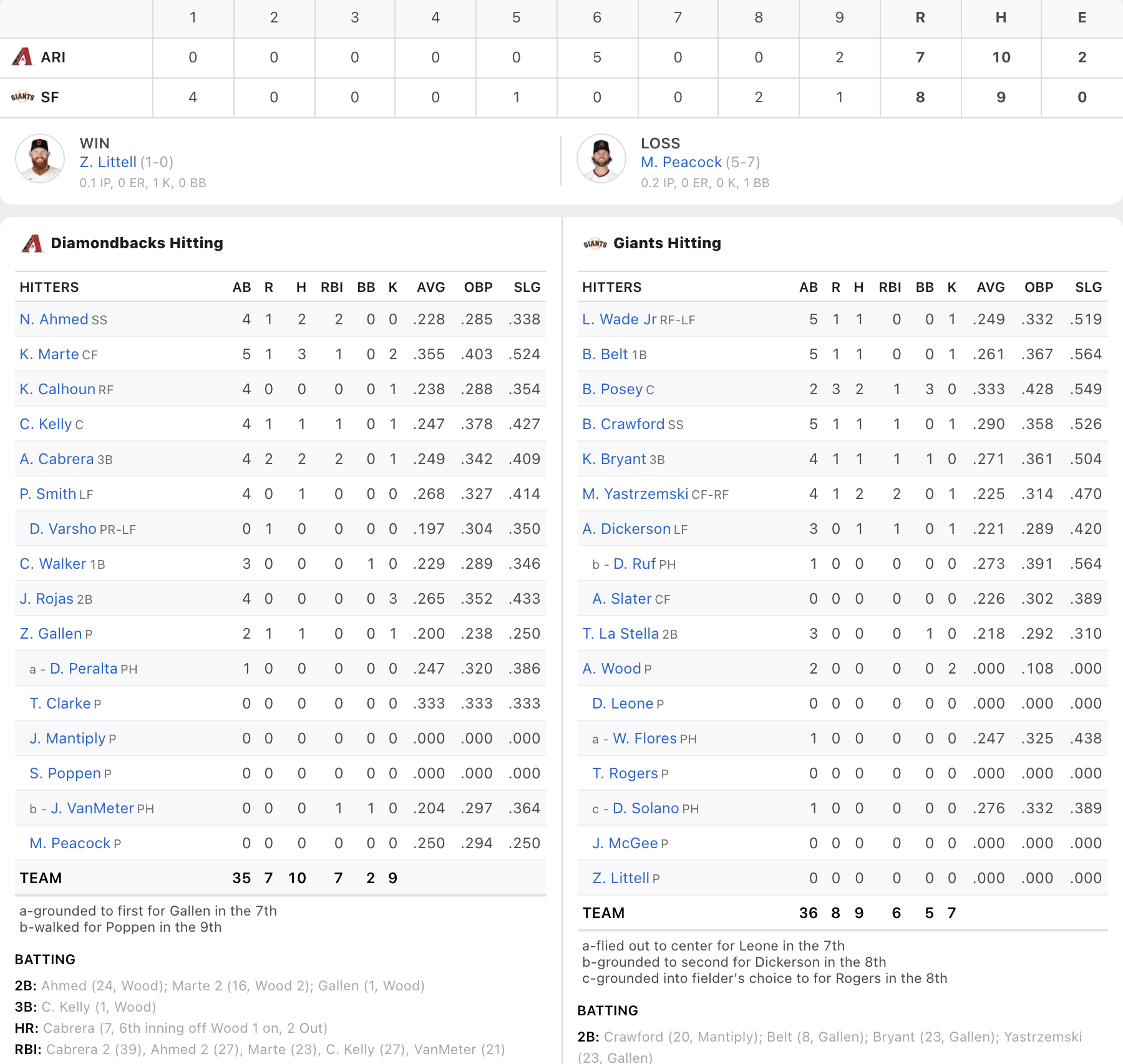 Ron Wotus earned his 2000th win as a Giants coach and was honored by the team after the game and on Twitter.