In the Middle of Nowhere 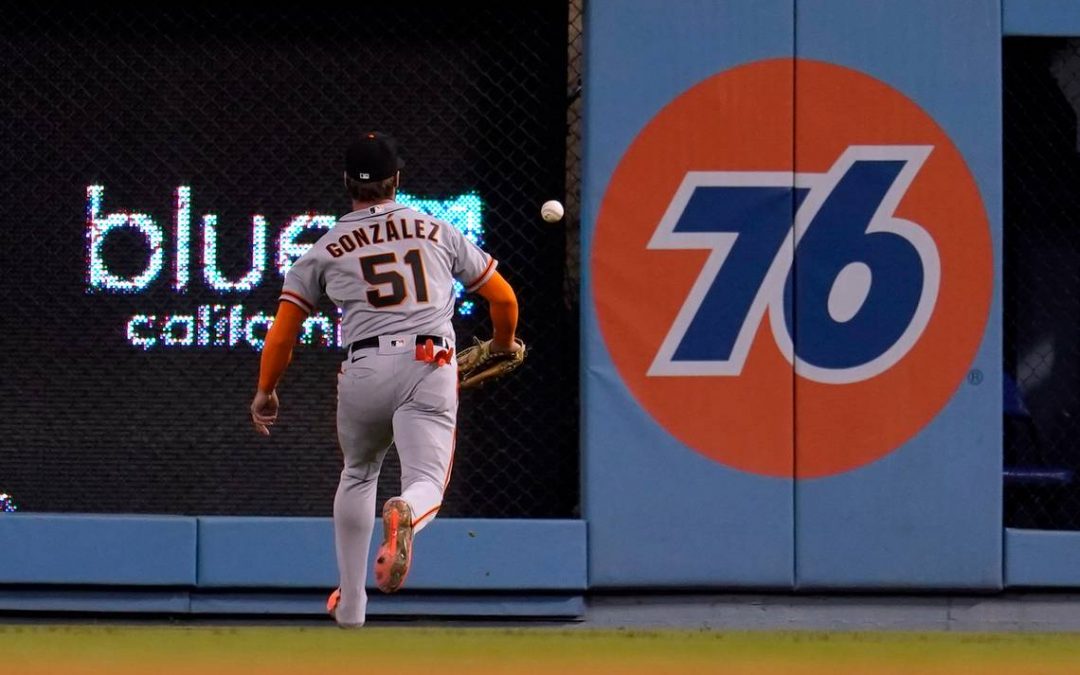 Let me begin by saying I really like the three batter rule, where every pitcher must face a minimum of three hitters before he is replaced. I like it because it means fewer pitching changes and makes pitchers have to face batters they normally would not. I will also state that it is entirely probable the Giants do not win the 2010 World Series had that rule been in effect. If Bruce Bochy cannot play mix and match with the likes of Affeldt and Romo we may have seen one less championship flag on the left field wall at Willie Mays Field.

In last night’s very tough 9-6 loss to the Dodgers in Los Angeles the game turned in part on the above rule. In no world is Jarlin Garcia left to face Mookie Betts with two on, and a tie game in the bottom of the 8th inning. We all know what Betts did: He did Mookie things  (the homer and a spectacular catch to end the game) and the Giants were Bettsed by the Bums. It happens and this game was a demonstration of why there is no chance the Giants catch the Dodgers for the NL West crown in 2022. The Giants do not have a Mookie Betts. The Los Angelinos do.

The Dodgers also have Freddie Freeman and the Giants have….. well… you get the picture.

So… the title of today’s post comes from the Dodger play-by-play announcer Joe Davis. Those were the words he used to describe Luis Gonzlez’s downright comic relief when he lost a fly ball in the Southern California twilight in the bottom of the third inning with two outs and two on. He spread his arms begging for help as he did a few gyrations and the ball landed twenty feet behind him. It was funny really. Both runners would score on a play that simply is routine. If Luis makes the catch it’s 2-0 Dodgers and we have a different ball game. As it stands, it was a disaster, pure and simple. Rodon got Giants’d.

There was also a very bad bit of outfield play by center fielder Austin Slater who took a Lombard street zig zag route to a ball hit by Trace Thompson in the bottom of the eighth with two outs and a runner on third. Again, if Slater makes the catch, admittedly a tough one, the Giants are out of the inning.

If I am Gabe Kapler this loss is on the combination of horrendous outfield defense and some mismatches with Garcia facing Betts. The game came down to those three plays.

Carlos Rodon deserved better despite getting hit a bit, in particular by Freddie Freeman who hot a long homer to center off a 96 MPH fastball down on the plate. Freddie Freeman doesn’t care about matchups.

The Giants Come Back

The glorious moments for the Giants were two: Evan Longoria’s glorious homer down the left field line to give the Giants some hope and Darrin Ruf’s spectacular grand slam to tie the game at 6 in the top of the 7th when the Giants put up five runs. Then in the top of the eight inning with the bases loaded and one out Thairo Estrada drew a walk to bring a run and suddenly the Giants had the lead, 7-6 after trailing 5-0.

Where do the Giants Go From Here?

So, kind of in a nutshell, this game was a microcosm of the Giants 2022 season: a few homers, some runs, horrid defense, a starting pitcher who deserved better and a very leaky bullpen that was overmatched.

That’s all I want to say about this game. If I am Zaidi I save this game and show it to ownership and say simply: “We need more horses.”

maybe Giants ownership needs to save this game and show it to Zaidi on repeat for one week straight while he is strapped to a chair.

It’s one or the other or both.

Here is the Ruf grand slam:

So, to conclude. The loss kind of puts the Giants in the middle of nowhere in a way. Ok, they are contending for a postseason brith, within striking distance of a Wild Card spot but really, do you want to see the Giants embarrassed by the likes of the Dodgers or the Padres or the Mets in the postseason? Even if Rodon and Webb put up clutch performances in a small series, does anyone have faith that this Giants bullpen can get the job done in October? What should the Giants do about Rodon? It says here they need to extend him or trade him but they surely cannot let such a talent just walk away at the end of his contract this year.