It’s a Beautiful Day in the Neighborhood 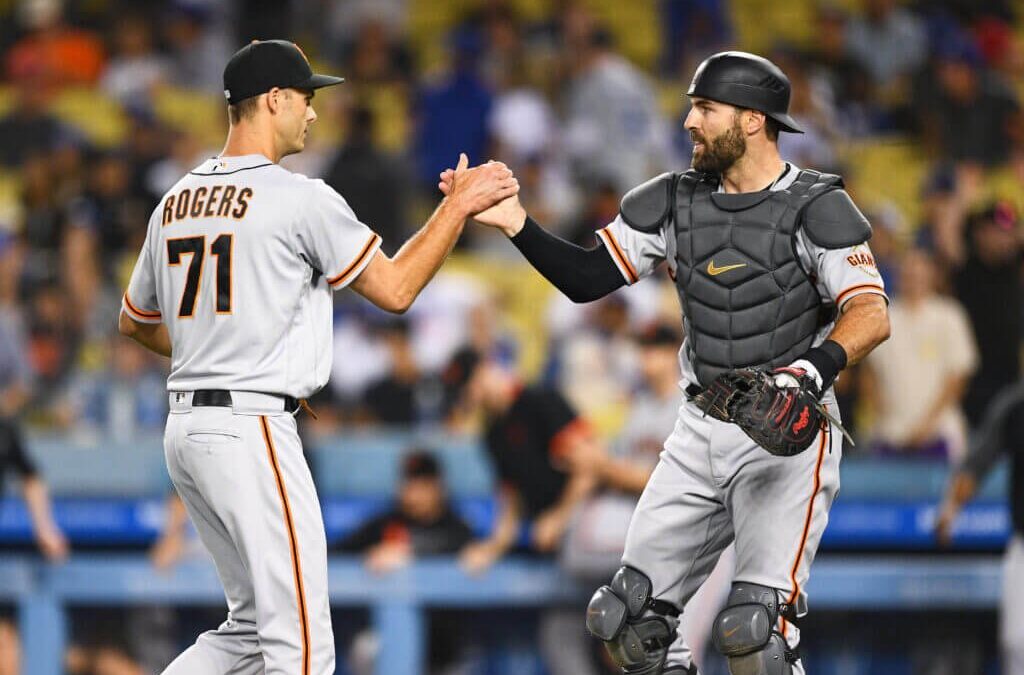 Tyler (Mr.) Rogers atoned for a very bad night on Tuesday with a save in last night’s dramatic 4-2 win over the Dodgers in Los Angeles. The victory came courtesy of a CLUTCH two-run home run by Wilmer (Matt Williams) Flores who absolutely smoked a letter high cutter from Kenley Jansen into the left field seats. It was maybe the hit of the season so far in that it gave the Giants a gigantic win a night after blowing a five run lead. Both Flores and Jansen immediately knew the ball was gone once it made contact. It was a very impressive piece of hitting in that it took a some mean power to get on top of the pitch and hit it so deep.

Wilmer Flores is fast developing a reputation for the big knock in big situations.

“Wilmer Flores is as clutch as anyone over the last two seasons. That was his MO in New York. He’s always been clutch and thrived in the biggest moments.”
-Gabe Kapler

The victory gave the Giants a two game lead over the Hollywoodians. It means when they win tonight, the lead will be three games and counting when they leave town.

Going to bed last night thinking about the Tuesday night game, I had a feeling the Giants would respond with a win. This team just has that magic to avoid long tailspins and that may be their most important ingredient on the road to the best record in baseball at 60-35. With 67 games remaining the Giants will get to 94 wins if they go 34-33 the rest of the way. The closer we get to the finish line with the Giants in first place the more the pressure will be on the likes of the Dodgers and Padres.

In an interesting move, Giants Manager Gabe Kapler had Buster Posey pinch hit to lead off the ninth. I like the move because of Posey’s ability to make hard contact against a pitcher like Jansen. The move worked as the Future Hall of Fame catcher singled to right to start the winning rally.

Yaz homered, his 16th of the season, in the first to get the Giants on the scoreboard and take the initiative in the game. It was his second homer in two days.

Kudos to Tyler Rogers for performing so well after a rough night. Kudos too to Gabe Kapler for the encouragement and the courage to get Mr. Rogers back out there on the next night, as he stated he would like to do after Tuesday’s game.

“That was huge to get right back out there and not have to try to forget about it another day,” Rogers said. “Man, it’s just so cool to see all the guys in the clubhouse happy for me, and I’m happy for all them. Kapler showing the trust in me was huge for my confidence.”
-Tyler Rogers

It will be Anthony Desclafani against Walker Buehler in the final game of the series tonight at 7:10 PM, Tommy Lasorda time.