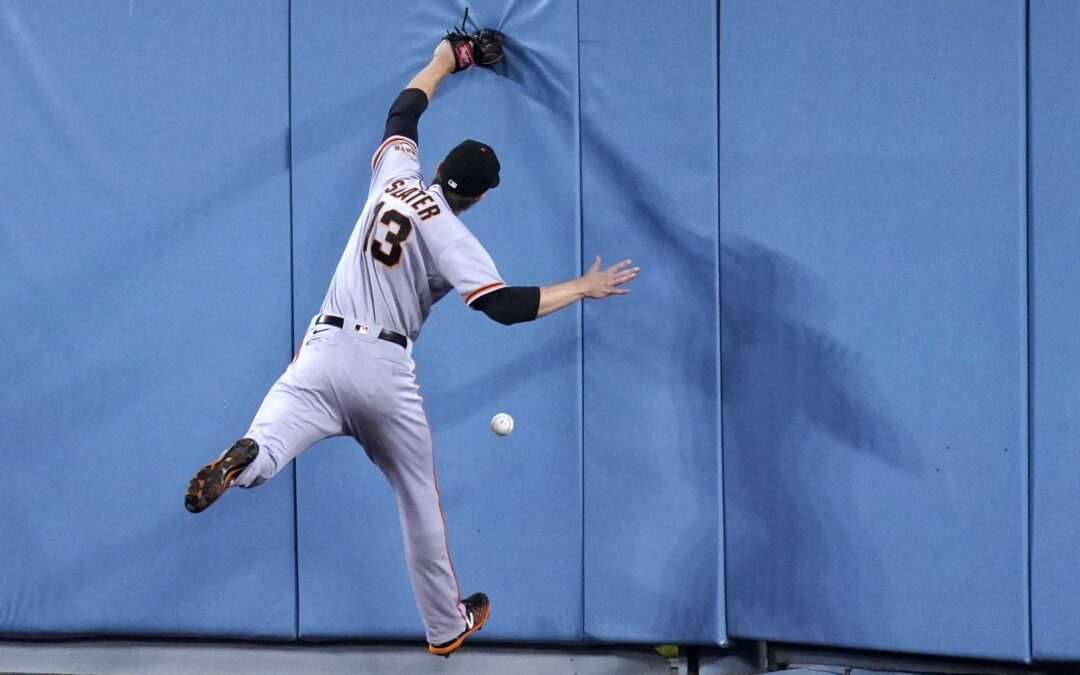 Thang: noun, a situation bad, an occurrence whereby one team or one player dominates to other to such a degree that the entity being dominated is now obsessed and at a mental disadvantage. eg: The Bums in Hollywood have now beaten the Giants in the first four games of the 2021 season…

I could write a treatise about never saying or thinking that your team has to win this game or has a big advantage going into any given regular season game. If you want to make the Baseball Gods laugh just tell them your plans…

Last night the Giants had one of their two aces, Alex Wood on starting against the Dodger bullpen. The result was a crushing 4-3 loss. Buster Posey, the team’s best hitter had one pinch hit at bat in his first pinch-hit appearance of the year, striking out in the ninth on a 96 mph heater from Kenley Jansen. One wonders why he did not start. If the Giants are going to stick to this plan of resting Buster for 40 percent of the games than they are going to need to get his bat in the lineup more. Why oh Why is he not playing first base? Especially now that the Giants have a big whole over their with BB9 an Rufrider out??!The Giants, lest we forget, have significant injuries in BB9, Darin Ruf and others with Solano just returning. The Giants lost when the Dodgers used seven, yes, seven pitchers in a nine inning game…. It is a bit galling.

The Giants are getting to a place where the Dodgers are seemingly unbeatable, at least mentally. It’s no fun. One can argue about lineups and injuries but the truth of the matter is the Dodgers have outplayed the Giants in each of the first four games of the season series so far. One thing I miss about Bruce Bochy teams is this: Bochy knew how to beat the Bums, even in years when the Los Angelenos had superior teams with superior records. Bochy was in their heads and all the Giants knew it.

For Gabe Kapler, well, he is mostly doing a fantastic job this year but this Dodger THANG needs to be fixed.

Let’s get to the game last night. There were highlights, including Evan Longoria’s majestic solo jack to make things interesting in the top of the fourth:

Need a flight plan for this one: pic.twitter.com/5g5sVB6JFk

Donovan Solano also hit a home run, a two’run blast. Hopefully it is a sign of him returning to 2020 form because the Giants needs the Silver Slugger back in a big way.

If the Giants are not playing the Dodgers they are 30-16!

The good news for the Giants is well… none really, when it comes to this series because the Dodgers are now going to roll out Julio Urias, Walker Buehler and Clayton Kershaw.

Tonight the Giants play some Disco as in Anthony Desclafani against the aforementioned Walker Buehler. It’s a night game but I am too angry to look up the starting time.