Joc Pederson Accepts Qualifying Offer, Will Be a Giant in 2023 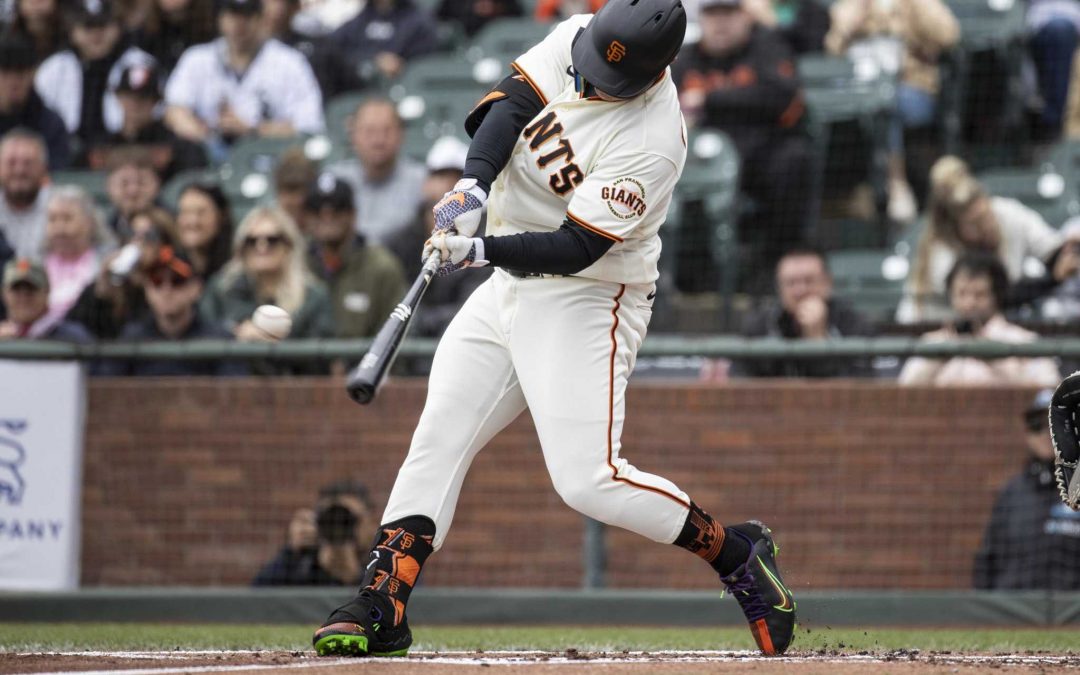 For a penny-pinching team, the $19.65 million qualifying offer to Joc Pederson was a stunner, a move that made little to no sense when you consider Pederson’s inability to play quality defense in the outfield and his very stark splits at the plate. To be sure, the move raised eyebrows and a few days ago I raised the possibility that it was designed to get the Giants a draft pick in the event that Pederson signed as a free agent with another team.

How wrong I was!

Yesterday Joc Pederson accepted that qualifying offer, realizing that no other team was giving him an annual salary that high and also saying he likes the Giants group of players. Let’s remember too that Pederson is a local kid, from Palo Alto and that had to factor into the decision.

But let’s look at what this signing means for the Giants. Here is my first question: Why would Farhan Zaidi want to sign an un-Athletic platoon DH for that sum of money when the Giants have so many other holes in their roster?

If the Giants are committing themselves to a DH platoon with Pederson against righties and J.D. Davis or some equivalent against lefties what does that do about late or mid-inning matchups? Opposing Managers have demonstrated with ease the ability to neutralize the Giants platooning in late innings. If Pederson gets pinch-hit for with men on in say, the fourth or fifth inning, what happens in the eighth or ninth when his spot in the order comes up but the batter is Davis against a hard-throwing righty. It is for reasons like these I am wholeheartedly against signing one-dimensional lefty-hitting players, particularly at this amount of cash. It does not make good baseball or fiscal sense when the Giants are theoretically trying to sign players like Aaron Judge or Carlos Corre. Trea Turner is not coming to San Francisco, for cultural reasons.

Let’s ignore for a moment that Pederson, despite wild streakiness, ended up with the 15th best OPS+ last season at 155. The players on that list are mighty impressive:

But in terms of WAR Pederson’s rank was 135, in other words, when you take into account his defense, his overall value is quite poor.

If the Giants want to get better defensively, younger, and more athletic, signing Joc Pederson is not the way to do it. Evidently I am not alone in this opinion. These are comments from Brisbee’s article in The Athletic on the Pederson signing:

Raymond M: Crazy overpay by Zaidi. Joc Pederson signed for 6 million last year and his highest earning season was 7.5 million in an arbitration year with LAD.

Walt R: 20 million for a streaky, slow, 3 outcome platoon guy that doesn’t play everyday and can’t play defense looks like madness.
For a front office that claims its trying to get younger and more athletic, this extravagant QO to Pederson is a fundamental contradiction

Get ready for more silly short term signings and payroll moves with a top end budget number in mind. Zaidi has been told his top end payroll number by the Giants Investor group and he is positioning himself for the last year of his 5 year contract.
Zaidi has to go and the Investor group has to hire a new PBO that has a record of success and that can handle the payroll. Zaidi never had the confidence of Baer and the Investor group.

and from Barry S.:

$20 million for a part-time player and enormous defensive liability who in September acted like he didn’t want to be here. Mind-numbing. I pity Grant having to find encouraging things to say about this crap!

I have another theory, however. It goes like this:  Zaidi is on the last year of his contract and is coming off three losing seasons in four. He may feel the heat to put together a high-performance, and more entertaining Giants team in 2023, damn the consequences for beyond next season. Maybe he was given the green light to spend, spend, spend which means we can dream of Aaron Judge, Carlos Correa, and Jacob deGrom? If that’s the case then the Pederson signing, assuming he never sees outfield grass as a defensive player, may not matter much in the big picture.

To end this post on a high note, Here are some Joc highlights: