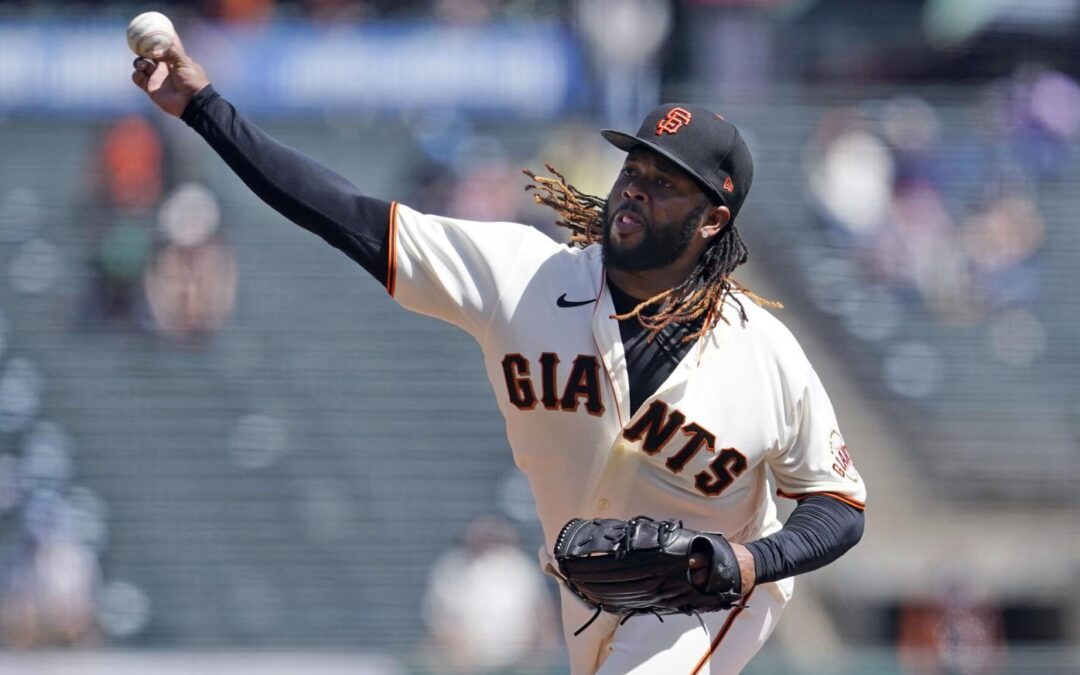 First things first: Johnny Cueto had to remove himself from the game in the top of the 6th inning due to what is described as “lat tightness.” The injury does not appear to be severe and the Giants along with their pitcher, were right to play it cautiously as those types of strains and pulls can be long-lasting. Second things second: the Giants won the rubber game of their series with the Reds at Willie Mays Field, 3-0 thanks to sterling pitching by said Johnny Beisbol and the solid bullpen work of the law firm of Baragar, Webb, Rogers & McGee who preserved the win and the shutout.

The Giants ended their homestand 5-1.

This was an old-fashioned ballgame with only ten hits total by both teams. The Giants scored two in the fifth thanks to a big RBI double by Austin Slater who later scored on a grounder by Curt Casali, the back-up backstop who was instrumental in catching and calling Cueto’s gem.

For the season Johnny Cueto is 2-0 and sporting a 1.80 ERA. Yesterday was his second win. Remember his awful Spring Training?

The Giants pitching, particularly their starters, is the story of this young season not only for the team but also for MLB. The Giants are now 8-4 (third best record in MLB) and in second place in the NL West. This is the kind of baseball that wins titles.

The Giants are off today before traveling to Miami. Surf Maui, Vail Sunshine and I will be there in full force to cheer our boys on. Look for us on TV!