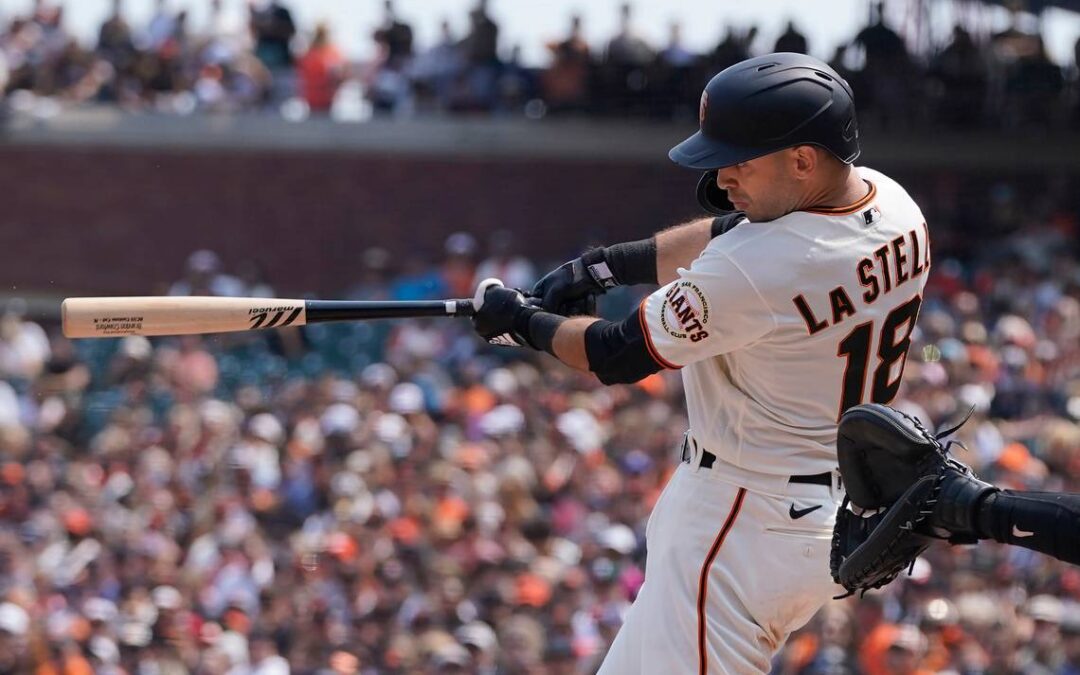 In the bottom of the seventh inning with two runs already in the Giants had the bases load with nobody out and Wilmer Flores up with BB9 on deck and. Brandon Crawford in the hole. They failed to score a single run with those three batters up.

The ghost of Conor Joe (@GiantOpeningDayLeftFielderLOL)… yeah, whatever. The hair style is a disgrace but the athletic left fielder, now roaming the outfield for the Rockies after failing as an Opening Day experiment for the Giants in 2019 has learned how to hit. He had two more knocks against his former team, the San Francisco Zaidis. Good for him.

Alex Wood was not perfect but he was good enough to win, thanks in no small part to a fine play by LaMonte Wade Jr. who threw out a runner at the plate to end the top of the 7th after the Rockies had already scored two to make a 3-0 game close. The play was not even close as Wade fielded a hot single in not-that-shallow right and fired a cruise missile to Curt Casali that preserved the “W” (his 10th) for the aforementioned Mr. Wood who had just been lifted. The hit came off Dominic Leone from the bat of Mr. Joe and was the only batter he faced as Tyler Rogers and Jake McGee pitched the 8th and 9th innings respectively to close out the win. The play at the plate was the play of the game and it sent the crowd at Willie Mays Field into a Sunday Funday tizzy, the likes of which one does not get to witness every game.

Before the seventh Wood was cruising mixing his fastball in and out and twisting hitters into tornadoes with his change up low and awaaaay. He was very efficient and my only criticism is that his fastball command was not always going to where Curt Casali set up his mitt. In a few cases, when Rockies hitters fouled off hittable pitches over the plate, Mr. Wood did his best Jake Peavy impersonation and gesticulated with righteous fury at himself. It was cool.

Tommy and the Magic of Hitting with Two Strikes

Tommy LaStella had three more hits and two ribeyes, one of which came after two very poor bunt attempts with runners on first and second in the bottom of the fifth. Down two strikes Mr. LaStella got to work and did his magic two-strike hitting thing. He should patent it. He is a ballplayer’s ballplayer and he is heating up after his various setbacks earlier in the year that were all more or less injury-related. With LaStella stroking and Longoria back, the Giants line up suddenly appears to be among the deepest in the game. Their bench is not too shabby either.

Alex Wood would go 6 2/3 innings allowing only six hits with two walks on six strikeouts. The key play for Wood in the top of the 7th occurred with one out and runners on first and second. A hot smash was received warmly by Wilmer Flores at third in what seemed an easy double play. Unfortunately for the Zaidis the hitter of said hot smash, Rockies center fielder Garrett Hampson was able to beat out the play at first because Mr. Flores was not able to make a perfect transition from glove to hand and his throw at second did not have quite enough flower power to make the inning-ending double play dream a reality, despite what appeared to be a clean turn by Tommy LaStellar. In fairness, Mr. Hampson can flat out fly but one wonders what might have been…

Who knows how that play goes with Longoria at third? These little defensive quandaries are the items missed when you design a line up for offense at the expense of defense. They have happened not infrequently this season for the Giants with players like Flores, Ruf, and Solano. Though we cannot quibble with the results so far these are plays that could cost you postseason games when your competition is not the Denver Mountaineers.

With the victory the Giants are still four up on the Bums who beat the Mets like a dirty rug last night.

Here is the play at the plate: The aforementioned sad-sack Mets who are in the midst of a bad losing spell, come to town for three. Tonight it will be Kevin Gausman against an as yet undisclosed starter for the New Yorkers. First pitch is at 6:45 PM, Wilie McCovey time.