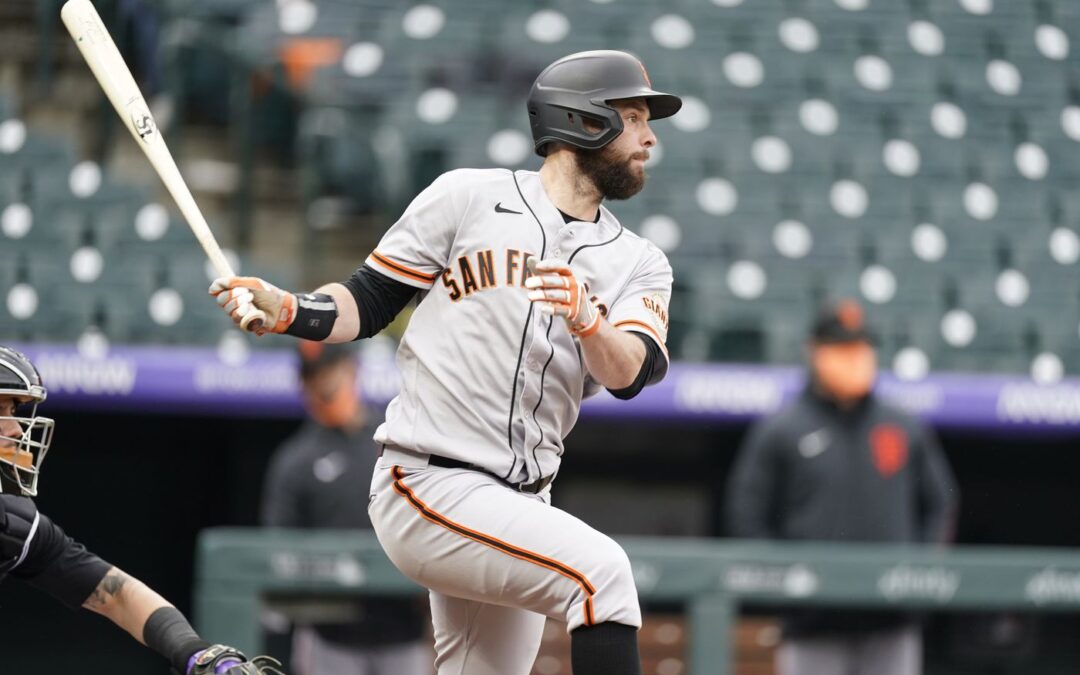 Some doubleheader splits are better than others. For the Giants, yesterday’s was downright excruciating. Let’s start with the positives. Brandon Belt had himself a day. He hit a grand slam and drove in another run in the first inning of game 1. That’s five runs batted in in one inning from the big fella. In the night cap he also hit a two-run dinger, albeit in a game where the Giants pen blew a four run lead in the bottom of the 7th (and final) inning. It was ugly.

Jake McGee and Camil Doval were simply nightmarish. It’s a damn shame because Alex Wood was very good, again, going five and allowing only two runs which is the Coors equivalent of pitching a shutout. In the opener Aaron Sanchez was handed a ten run lead after the top of the first, yes, that’s correct. The Giants scored ten in the top of the first. But unfortunately for Sanchez, he could not pitch the minimum five innings for the win as he was a bit shaky most of the day allowing seven hits, a walk, and four runs. Matt Wisler would get the win pitching 1 2/3 innings. Baseball is a funny game.

In game 2 there were all kinds of grumblings when Joey Bart pinch it instead of Buster Posey, who was sitting out the game after going 3-4 in the opener with a long ball. Frankly, the real issue of the game was Jake McGee, whose career appears to be in a free fall after pitching so well the first three weeks of the season. He lasted 2/3 of an inning and allowed 4 runs on 4 hits. His ERA is now a gaudy 5.52 after being under 1 during his first five or six outings. He is a big question mark and the Giants are going to need bullpen help if they want to sniff the postseason this year. This makes four games the Giants have lost when leading in the final inning. After just 30 games that’s just bloody awful.

What a GRAND inning. 😏 pic.twitter.com/medUxduvPu

If it makes you feel better the Dodgers got swept by the Cubs in their doubleheader yesterday, allowing the Giants to maintain sole possession of first place in the National League West. Big Picture baby! Our boys sport the best record in the NL at 18-12. Put that in your pipe and smoke it Rockies fans!

The Giants look for a series win today with Logan Webb going against Jon Gray. First pitch is at 1:15 PM, Dante Bichette time.