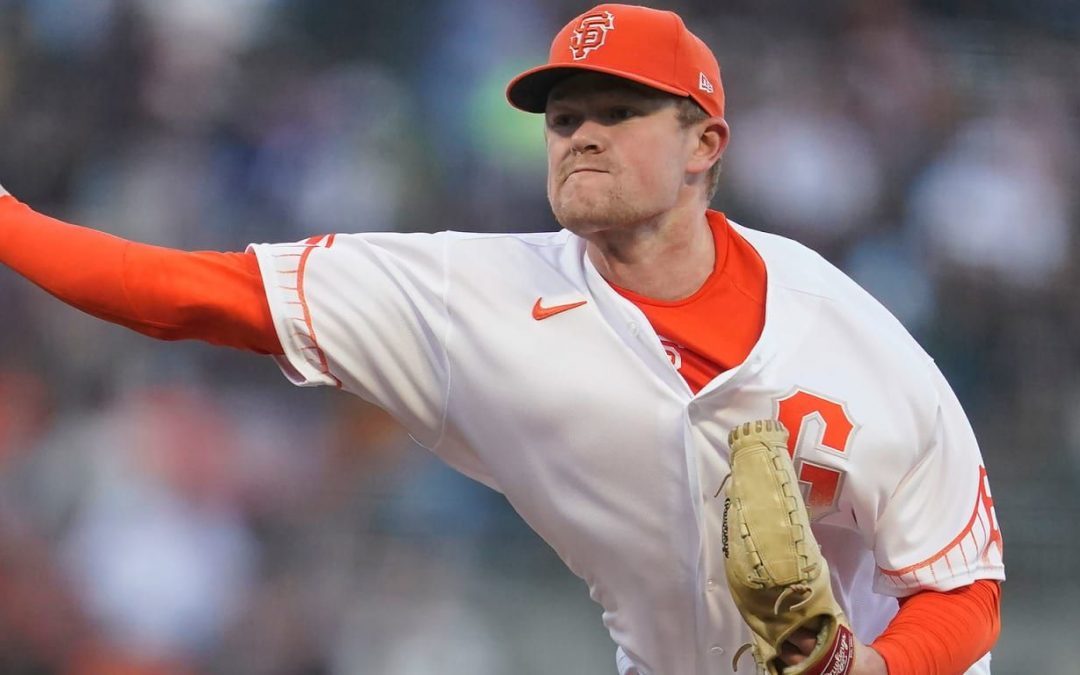 Logan Webb pitched yet another gem at Willie Mays Field last night, going seven innings and not allowing a run, thanks in no small part to an assist by Luis Gonzalez who threw out a runner at the plate in the top of the seventh frame. Logan Webb is nearly unbeatable in San Francisco. The Giants have a record of 30-9 in his 39 outings at home since the start of the 2021 season.This is the second-best team winning percentage in the Majors (.763), behind only the Blue Jays’ .781 (they are 25-7 in games started by Alek Manoah).

Since the Royals are a team that appears to favor fastballs, Webb decreased his sinker usage and relied mostly on his slider and changeup, using his off-speed pitches to generate 17 of his 20 swinging strikes in his outing. It was an example of excellent scouting and a “veteran” pitcher making adjustments.

…up up and away Webb 🤟 pic.twitter.com/MPS2IAwrw1

In all Webb struck out nine and allowed only five hits with three walks in his outing. The win raised his record to 6-3.

“It’s really what we expect. That’s where he put the bar, and now we expect him to meet it.”

The game was a pitcher’s duel between Kris Bubic and Webb until the Giants broke threw with three runs in the bottom of the sixth inning. Wilmer Flores drove in Luis Gonazalez who doubled to lead off the inning. Darrin Ruf followed with a long RBI single to right center and Tummy  LaStella ended the scoring in the inning with what would be the first of two sacrifice flies. It was a professional at bat by LaStella who clearly altered his swing for the situation. The runs gave the Giants a 3-0 lead over Bubic who came into the game with an ERA over 9.

The Royals would battle back in the top of the 8th inning off Tyler Rogers who allowed two runs in a very forgettable outing that included a throwing error by Austin Slater. Rogers would allow three hits overall in the inning and suddenly the Giants were cursing instead of cruising, with the game at 3-2 and the Royals gaining momentum.

But the Boys from San Francisco battled back for another key run in the bottom of the 8th thanks to the second sac fly off the bat of Tommy LaStella. It was a gift run as the inning started with walks by Yaz and Pederson before Brandon Belt was hit by a pitch to load the bases.

Camilo Doval pitched the ninth to earn the save and held the Royals scoreless, allowing one hit.

Yes, you read that correctly: Brandon Belt returned to big league competition with a pinch hit appearance. Presumably the Giants are nursing him and his wonky knee gently into games.

The win makes five in a row for the Giants. Both the Padres and Dodgers won so the Giants remain three games behind LA, albeit with a great run of momentum heading into today’s series finale. Incredibly, this was the Giants first ever regular series win over the Kansas City club. The World Series remains another story…