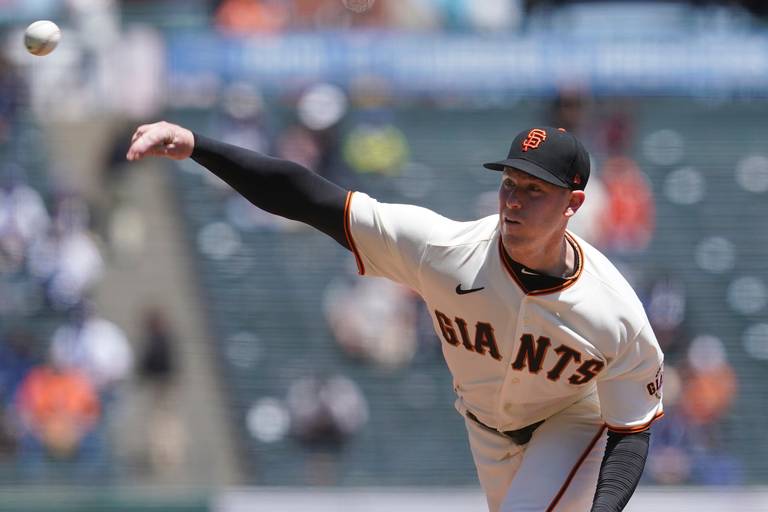 The last two times fans have been allowed to watch Giants-Dodgers at Oracle Park: 0-6, outscored 39-11 😬

Ok, it was a bad weekend but let’s not cry about it.There’s no crying in Baseball. Yesterday the Dodgers completed their sweep of the Giants in ugly fashion for the good guys. Julio Urias had a perfect game through 5 1/3 and Anthony Desclafani… Well let’s just say for Disco that it wasn’t a bad outing if he was playing beer league baseball and he was able to chug a few Anchor Steams between innings on the way to a barbecue after the game and a dip in the pool with his buddies. The reality of it was his first “BAD” outing of the year including ten earned runs.

The Giants would show a little life scoring two in the sixth and three in the 8th but the game was already over by then.

With the loss the Giants are 27-18 in third place, two behind the Padres and one behind the Dodgers. Right now the Padres can’t lose if they tried. There are a ton of streaks going on with the Padres, Yankees, Rays and Dodgers winning between six and ten games straight between them. It’s like the big boys woke up from their Spring Slumber.

Enough said. Let’s wipe the game from our collective memories.

The Big PICTURE is this: the Giants are having a good season and their farm system is on the upswing and considered by many to be in the top ten of MLB. As Lefty wrote yesterday, the future is bright for the Giants. They just need to wash this series away and prepare for the Diamondbacks on Tuesday. I will say this: The Giants need to find a way to handle the Dodgers in San Francisco.

Happy Birthday Tyler Beede! You were kind enough to do an interview with Together We’re Giants when we were just a wee little blog back in the day.

Happy Birthday Bob Dylan. You are a true poet and sage, an American treasure and a global inspiration. Thank you for all your amazing music. I don’t usually inject non-Giants content in my Posts for obvious reasons but today I must make an exception for Robert Zimmerman who turns 80 years young.