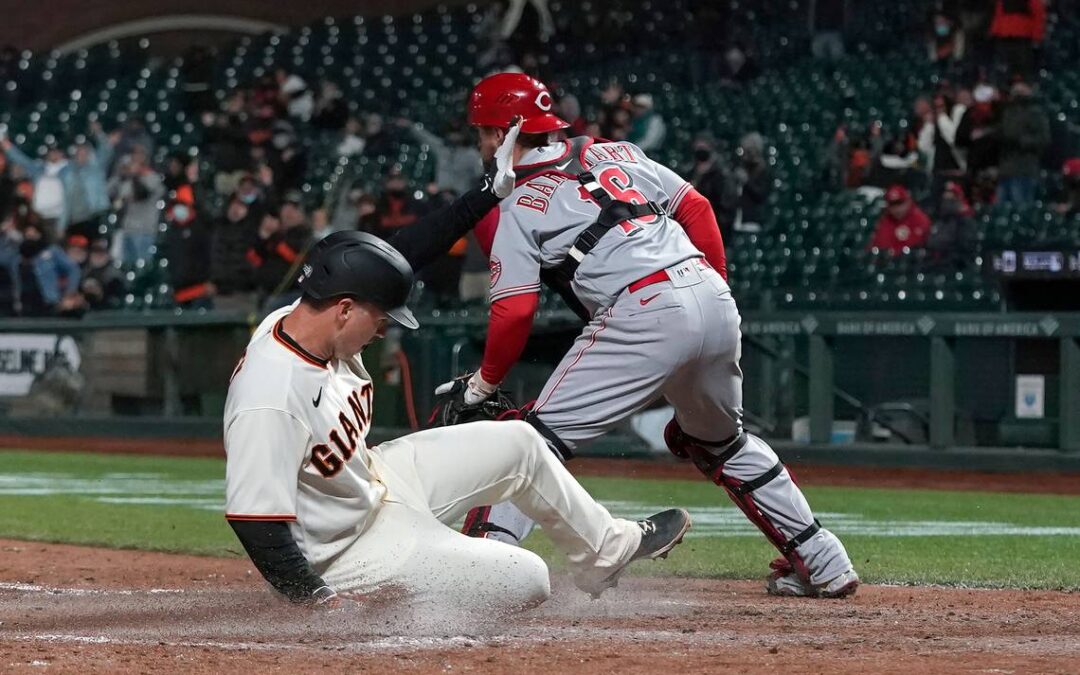 The Giants bats finally heated up last night blasting three home runs (Longo, Bcraw and Yaz) and plating 7 runs in a thrilling win against the Reds. On a night when Kevin Gausman was not his best he still went six innings, allowing five runs, keeping that Giant starting pitching streak of going at least five, alive. Longoria’s homer was his fourth of the young season. Boy does the Giant third baseman have some easy power.

The story of the game was how the resilient Giants kept battling back thanks to  a huge hit from Austin Slater, a triple that scored Buster Posey from first base. Watching Buster circle the bases made me feel like I had enough time to do my laundry and clean my house with enough time to make a martini and sit down just as Posey slides safely home. It was fun. The winning run came home in the bottom of the 7th thanks to Wilmer Flores’s sacrifice fly. Situational hitting is as important as dingers when it comes to winning baseball games.

Tommy LaStella went 3-3 and Yaz went 2-4. It was a great night all around and even the sparsely filled yard felt lively as the fans in attendance sounded much louder than their numbers.

Here is the Slater triple:

The rubber game of the series begins at 12:45 PM with Tyler Mahle of the Reds facing Johnny Cueto.