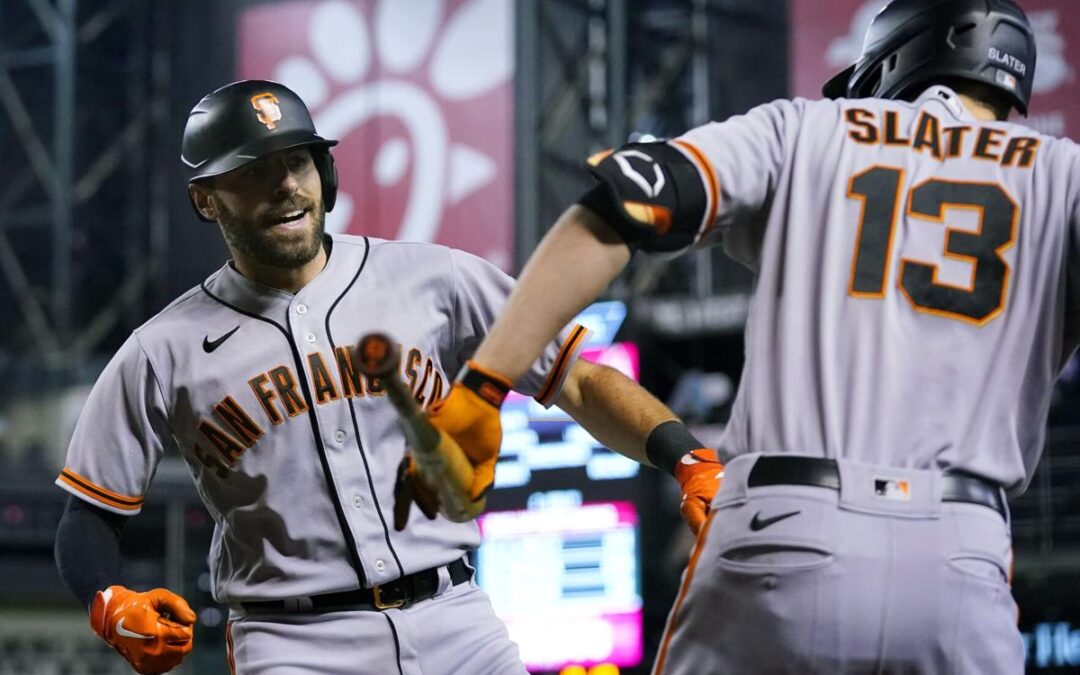 The truth is, I am not so bummed about this loss as much as I am MadBummed (happy for the big fella, sad for the Giants). It is a spiritual obscenity to see Madison Bumgarner in a uniform other than a Giants jersey but life goes on and sometimes you have to accept dark, ugly truths to make progress.

Last night Bumgarner was his vintage self, dazzling and over-powering, deceptive and resilient. Unfortunately it was against our boys and it was also his first win against the team with which he accomplished so much glory. The impact of the 3-1 loss however was softened by the news that the Dodgers also fell, to the Astros no less! This means no harm, no foul when it comes to the 3.5 game lead for the Giants in the National League West.

Johnny Cueto needed 100 pitches to throw five innings in allowing three runs, two earned with six hits and four walks. In other words, he labored and he allowed far too many base runners in his outing. The bad inning was the second, in which Curt Casali used his facemask to attempt to block a ball from rolling away from him on a wild pitch. The umpire correctly called it a balk and the Arizona runners on first and second were moved to second and third. They then scored on a double by Asdrubal Cabrera, a player I have always liked and who seemingly comes up with big hit after big hit but gets no love by the metrics dorks or general managers in baseball.

Curt Casali did homer to account for the lone Giants run and that was the game folks. Let’s not cry about it. Let’s be happy for Madison Bumgarner.

One note about Cueto’s outing. It has been a while (I’m too lazy to look it up) since a starter went 7 or 8 innings. It has been a dog’s age since two starters in a row accomplished it for the Giants. This means more stress on the bullpen. It is an issue that I am sure the Giants brain trust is examining. Considering we are less than a month from the All Star Break, the starting pitching should not be running into a wall with a leaky oil pitch below them already.

Tonight’s game is a big one for two reasons. First, the Giants need a bounce-back win against the worst team in baseball and second because Kevin Gausman needs to get back on track after three successive nightmarish outings. Game time is 6:45 PM in the desert.

This is the most important part of my post. Following Monday’s win Giant reliever Jay Jackson received numerous hateful, violent and racists comments online. He then reposted some as proof on his official Twitter account. I was speechless, shocked and saddened when I read them. It remains very difficult for me to believe there could be so many ignorant, vile people who call themselves Giant Fans. Yesterday Gabe Kapler released a very important statement. Kudos to the Giant Manager.