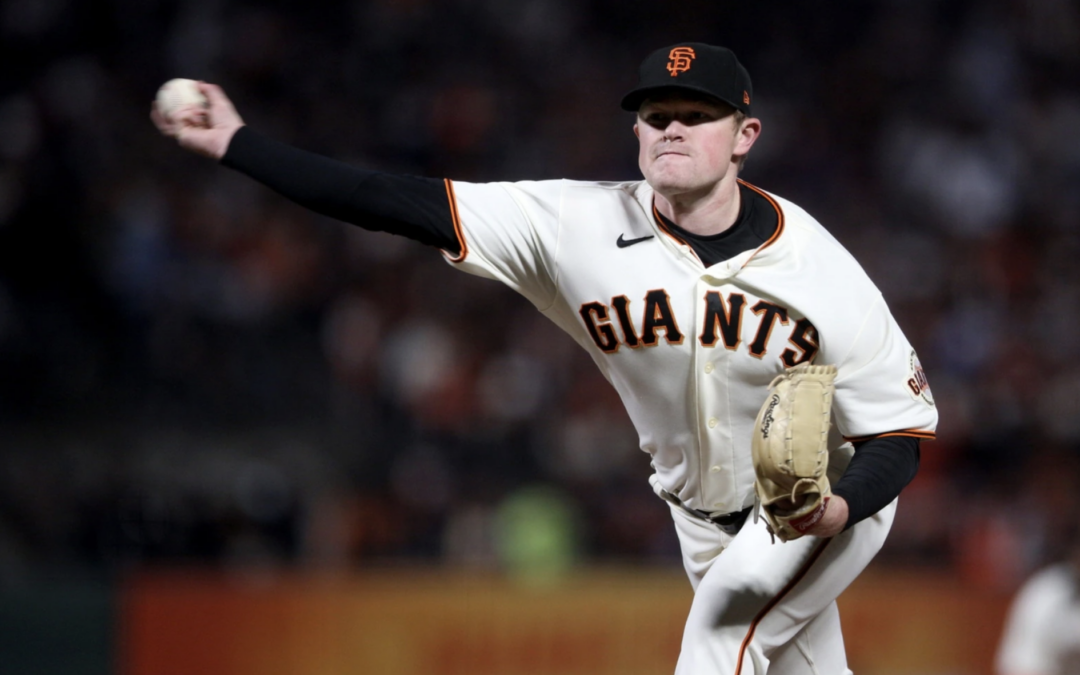 There are many ways to win a baseball game.

Last night’s 4-0 win over the Bums in Game 1 of the 2021 NLDS should be the first exhibit in the case for Buster Posey’s Hall of Fame candidacy.

Logan Webb and Buster Posey together were unbeatable on a night that saw the Giants win the first game in an eleven-win odyssey towards the ninth World Series Title in their storied history.

Buster Posey hit a two-run home run to right field off a 97 MPH fastball down the middle and belly high off Walker Buehler in the first inning with two outs and a runner on third. Posey’s bash was a thing of beauty on many fronts, particularly in the annals of how to hit with a 3-0 count. The first three pitchers thrown by the Bum Ace were so far outside the Los Angeles batboy had a better change of hitting them. It appeared that Buehler was pitching around the Giant slugger to face LaMonte Wade Jr. It is what I would have done had I been pitching. But, Posey was ready for the ruse. On the fourth pitch of the at bat Walker tried to blow a first strike by Posey to no avail. The ball was absolutely obliterated as if Posey was sitting on both the pitch and location.

It was a bomb and it helped the crowd exhale in an explosion of joy and a release of anxiety.


Yes, Posey does have the green light!

More importantly it got the Giants on the scoreboard first. In the postseason, teams that score first have a winning percentage approaching .700.

Logan Webb was sensational in his playoff debut. He and Buster Posey out-smarted the Dodger hitters who had an aggressive approach at the plate swinging at nearly all first pitches and second pitches too. Because Webb was so effective at throwing strikes and near-strikes and the Dodgers were focused on hammering homers, Webb was able to fool the villains from the Southland with a combination of guile, genius and skill in the form of sliders, slerveers, change-ups, sinkers and stinkers. The Dodgers had no idea what was coming. They were so far out in front on so many pitches that it appeared comical at times. They swung at so many balls out of the strike zone when they were behind in the count that it looked like they had never played a postseason game before and the pressure got to them. This game plan was a thing of beauty and credit must go not only to Buster and Webb but also to Kapler and the Giant braintrust to devise a scheme that continually used the Dodger aggressiveness at the plate against them. Between many pitches you could see Buster change the pace of delivery for Webb by making him wait on occasion before throwing his pitch. The ploy was designed to keep the Dodger hitters off balance and out of tune. It worked. Combined with Webb’s mastery of the lower part of the strike zone, the Bums were toast.

Webb’s poise, command and determination were awe-inspiring. Though he had little stress in the game there was a key moment in the top of the first with Mookie Betts on third base with two outs and a hard smash hit up the middle by Justin Turner. If the ball gets by Webb it is a hit and the Dodgers score first. The energy of the crowed is zapped and the Giants are in an early hole. Instead Webb was fortunate that not only did the ball hit his heel, it caromed close enough for him to recover and throw Turner out. Inning Over. It was big.

Logan Webb was so efficient that when he exited the game with two outs in the eight inning he had yet thrown 90 pitches. I was not a fan of removing him in that situation but Tyler Rogers got the final out of the inning and all was well. Webb could have completed the game however. That is how dominant and efficient he was.

He would end his outing with ten strikeouts and zero walks. SPECTACULAR!

First time on the #Postseason mound?

The Giants turned a spectacular play on a running stop by Tommy LaStella who flipped the ball from his glove with his back to second as Brandon Crawford was running to cover the bag. Craw caught the ball and in one motion and two steps touched the second base bag and fired a strike to nail the runner at first. It was downright balletic. To beat the defending World Series champions, you need to make plays like these.

Bryant Has a Night

Kris Bryant went 3-3 with a home run and looked sharp at the plate. All three knocks were bullets against Buehler heat. Welcome back Kris Bryant.

Closing Out the Win

Brandon Crawford hit a bomb to center to give the Giants another run in the bottom of the 8th. These add-on runs allowed Gabe Kapler to install Camilo Doval for an appearance to close out the game with a three up, three down ninth. We can argue against using Doval in that situation but I like the decision. It gives the rookie a nice first taste of the postseason atmosphere before he has to close out a one-run win. Make no mistake, Camilo Doval is now the Giants closer.

The game lasted a glorious 2 hours and 39 minutes. It was very old school. In the League Division Series history, teams that win Game 1 win the series over 70% of the time. This was a win of epic proportions in so many ways. When you have home field advantage there is a bit more pressure on you to win the first two games of a five-game series. The road team only has to win one to get home-field advantage. Game 1: Mission Accomplished.

Editor’s Note: Out of Left Field will be published tomorrow in a special Giants Postseason Edition by Dr. Lefty.