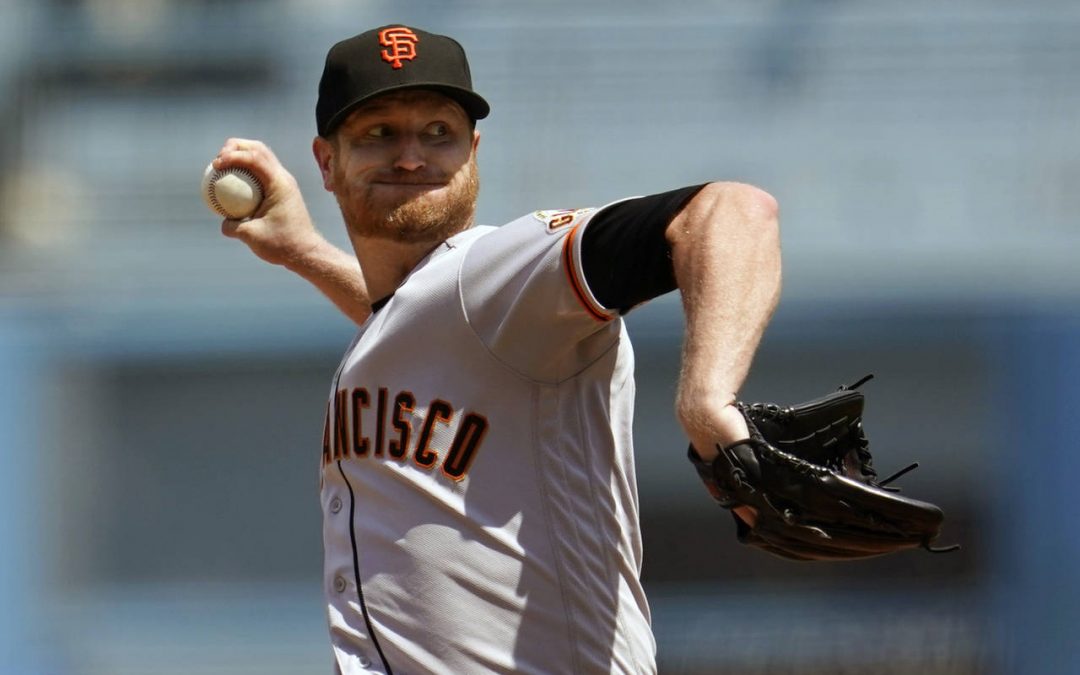 It’s the best headline I could think of after last night’s bitterly disappointing 7-3 loss to the Bums. The Giants took a 2-0 lead on David Villar’s homer, the first of two he would hit on this night. That took place in the top of the fifth in a scoreless game and all of a sudden we’re at home thinking happy thoughts about winning the rubber game of this series and winning a series in Dodger Stadium for the first time since last year.

It was not meant to be.

The Bums answered with two of their own. Then Just Turner hit a three-run bomb. Then Max Muncie, in a tie game in the bottom of the eight inning did the same.

Pity the Giants bullpen. It keeps getting worse. There is a different goat every night. Last night it was Zack Littel who gave up four runs in 1 1/3 innings of work, including the Muncy homer.

Alex Cobb was doing just fine, pitching four shutout innings, until the bottom of fifth. I would rather not get into it all. It’s a bit depressing.

Here’s another one, this time off Kershaw:

Kershaw ended up going six innings and allowing two runs on five hits. While not the Kershaw of 2012 or even 2015, He’s still a force on the mound.

In the three-game series the teams combined for 16 home runs. That’s a lot.

Could Lewis Brinson and David Villar provide the Giants with some right-handed pop? Villar is homegrown and appears to be the real deal in limited stints. What about Brinson? These guys are something to look forward to next year. God, the Giants sorley need some right-handed power not named Longoria, who may or may not retire this season.

The Giants travel to Milwaukee for a four-game series. Scott Alexander and Corbin Burnes are listed as the starters. The game is schedule for 2:10 PM, Henry Aaron time.