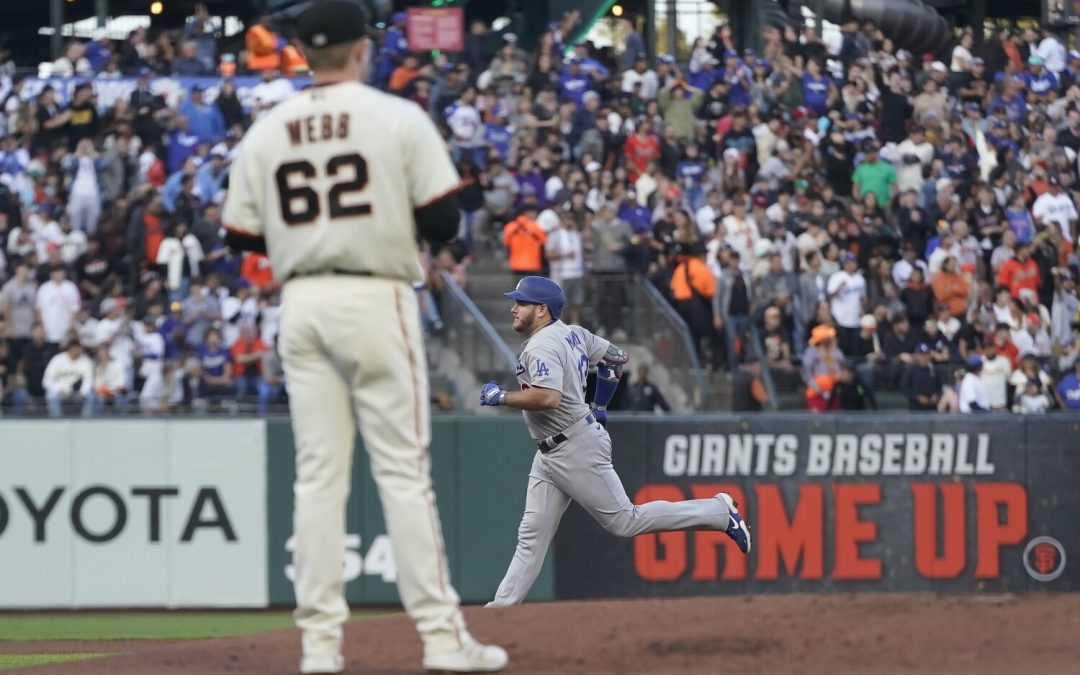 Yuck! Last night’s 8-2 spanking by the Dodgers mean the Giants have lost nine of their last twelve games and eight of the last twelve starts by Logan Webb. There is nothing good to report about last night.

Webb gave up six runs on eight hits in five innings, two of those came on a two-run homer by Max Muncie. That pitch, a sinker or off-speed pitch down the middle and knee high was crushed to dead center. Watching replays of the hit I could tell Muncy was sitting on that pitch all the way. Webb would only record two strikeouts against one walk on the night. The Bums were ready for him. It’s that simple.

Wilmer Flores hit is 16th home run of the year and Villar had a ribeye.

That was your ballgame.

For the Dodgers Freeman and Outman were the other heroes. Oh, and Trea Turner (in my book the best player on their team) made a fabulous catch in foul territory after running 2.3 miles where he was positioned because of the shift.

Let’s face it folks: The Giants are no match for the Dodgers.

And now I’m reading the Los Angelinos are in the running for Juan Soto? Say it ain’t so!

The Giants are now 51-52 settling deep into mediocrity.

There is speculation that Wilmer Flores is trade bait as we near the 6pm Eastern trade deadline today. Wilmer is having a good year.

The Giants Made a Trade

The #SFGiants and Rays completed a trade today with C/IF Ford Proctor joining the Giants organization in exchange for RHP Jeremy Walker.

This is about catching depth.

Oh, and Kervin Castro was DFA’d! That’s a bit of a surprise considering Castro’s previous performances last season. I thought he would be a bullpen mainstay for San Francisco.