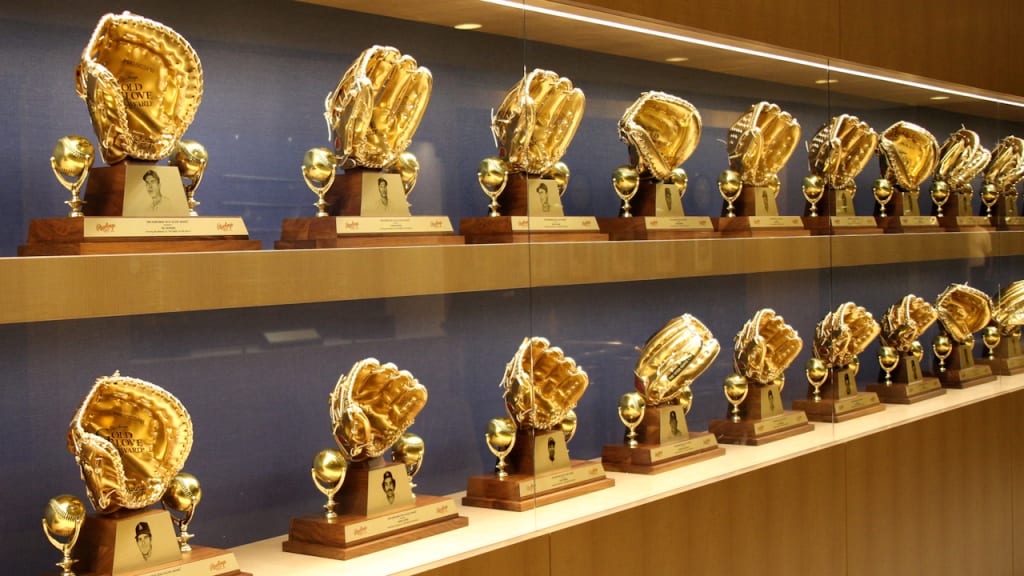 It’s award seasons already, even though we are in the middle of an epic World Series (The Astros just no-hit a Phillies team that looked unstoppable two days ago!). Yesterday Major League Baseball announced the winners of the 2022 Gold Glove award for defensive prowess. It’s one of my favorite awards because I’m one of those old-school baseball fans who believes, with excellent empirical evidence to back me up, that starting pitching and defense are the first two ingredients for a World Series ring.

Unfortunately there is nary a Giant among the winners this season and considering the horrible year the San Franciscans had on the field it is not surprising. Here is the list of winners announced yesterday (courtesy of The Athletic and Kaitlyn McGrath, Zack Meisel and Katie Woo):

For Nolan Arenado that makes ten straight gold gloves, tying Mike Schmidt and one short of the Major League records. I still can’t believe the Rockies paid the Cardinals to take him. There were 14 first-time winners this season. The Guardians had a record five winners. It is no surprise that all but three of the winners played on a team that made the postseason. See above!

Here is a great list of all the gold glove winners, by season.

Here is a list of all time San Francisco Giants award winners on ESPN.com. They made an error on 2021 Manager of the year but the rest of the list looks good.