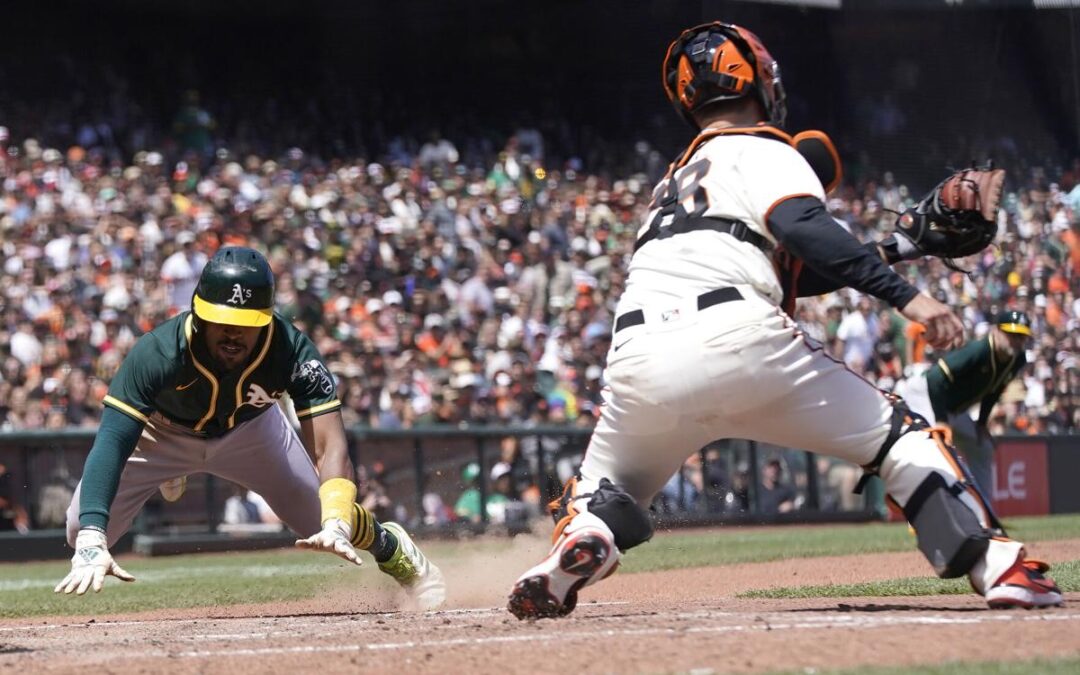 I have forgotten how to write posts about Giants losses. That is how good the Giants have been lately, particularly this week when they were 5 wins and zero losses heading into the Sunday series finale against the Athletics. The Giants because Sammy Long was not at his best and because Oakland starter Cole Irvin was simply too good against the San Franciscans.

Buster had two hits. So did Ruf. Those are your Giant highlights. Steven Duggar had a hit and a run batted in. He should be the everyday center fielder until further notice. I think that is the plan.

We are not going to cry about this one after a rare series win against the cross Bay rivals who, frankly have owned the Giants for the better part of the past few seasons.

La Monte Wade Jr. needs to play every day too. I am sure by now everyone knows the Giants are 15 wins and 3 losses when is in the line up. Enough Said. I like this kid.

I would rather talk about Saturday night-s game. Wow!

Tonight the Giants play the first of two against the Bums in Los Angeles. It will be Desclafani versus Bauer. First pitch is at seven ten Vin Scully time.