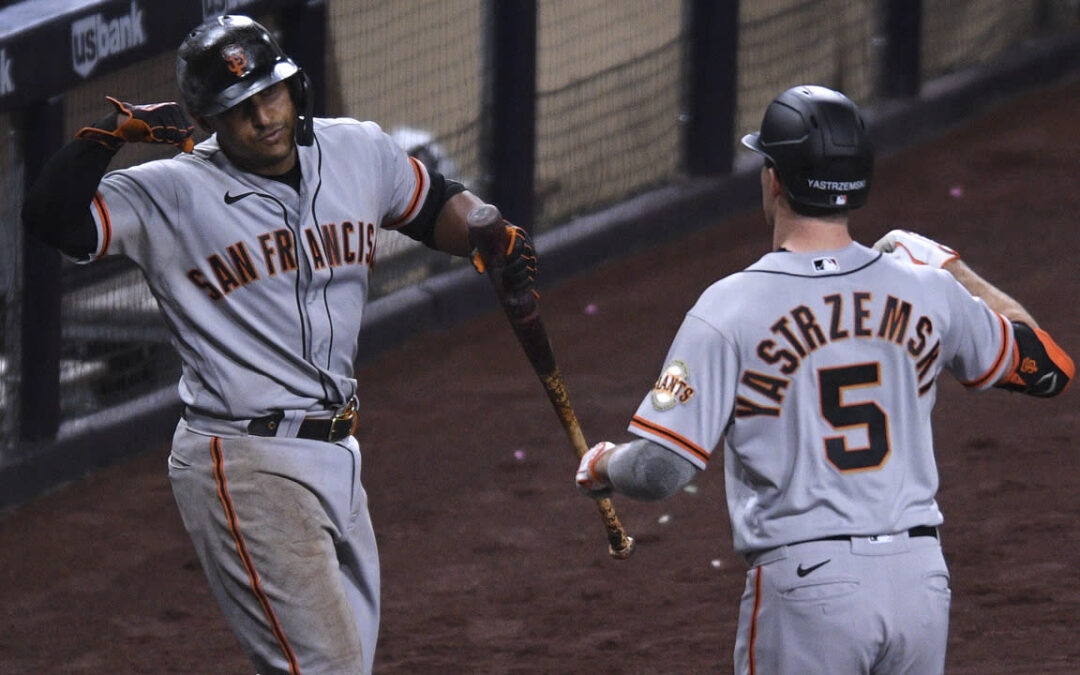 The Giants won a tense and interesting game last night thanks to three solo home runs. The round trippers were hit by Evan Longoria, Darin Ruf and Yaz, whose blast was a pinch-hit job in the top of the 7th inning. Yaz was scratched from the line up due to soreness in his left hand, presumably from the hit-by-pitch he suffered in Spring Training. His dinger came with one out. Anthony Desclafani made his Giants debut in impressive fashion going five and allowing only four hits and one run. He struck out four and walked three. Jake McGee pitched the ninth and recorded his second save after allowing only one walk.

The win was an interesting meld of old-school Giants pitching with runs created via the new-school format of home runs. Tony Gwynn Field has always been known as a pitcher’s park so getting three homers in one game means your chances of winning go way, way up. The Giants are now a home-run, power-hitting team it appears. I’m still coming to terms with this change in identity. it feels weird, good, but weird.

Here is the Yaz homer:

Yaz with the pinch-hit homer 💪 pic.twitter.com/Brj55ejMnU

Longoria’s homer was in the top of the 4th and broke a 1-1 tie. It was hit far and hard to right field, the Giant third-baseman’s second opposite field shot this season and a sign of how Longo has changed his hitting approach. It was a thing of beauty:

The game was marred by an injury to Fernando Tatis, Jr who swung and missed violently after being fooled by a curve ball. He had to leave the game after only two at-bats and doctors are examining his labrum and shoulder. It could be serious. We wish him well and a speedy recovery as soon as the Giants leave town.

The Giants take on the Padres with Aaron Sanchez taking on Yu Darvish at 7:10 pm tonight.