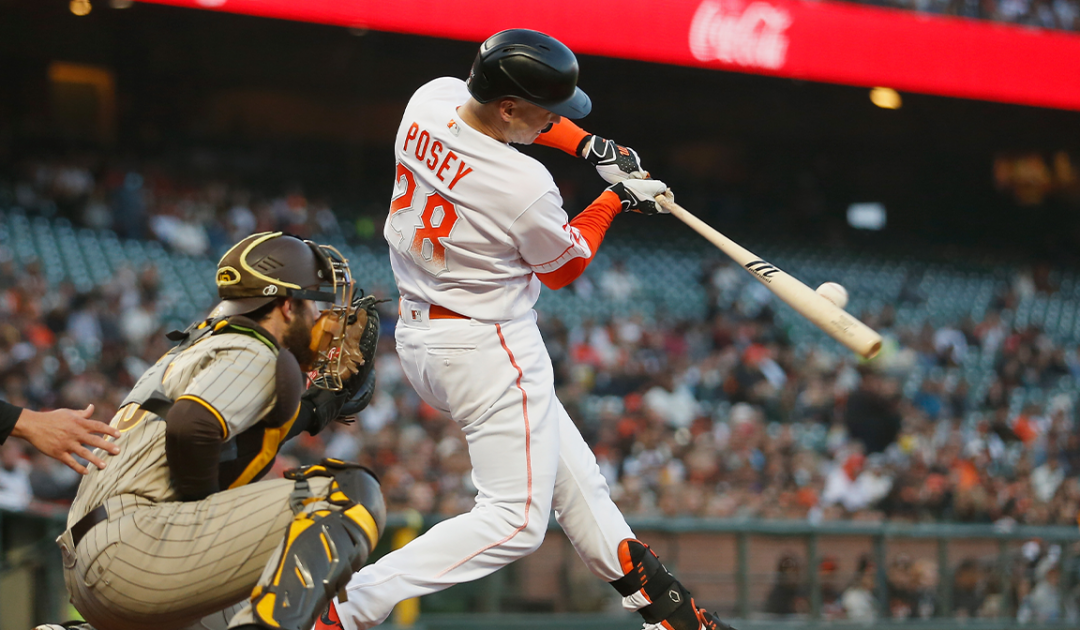 They did it again. After clinching a postseason birth for the first time in six seasons, there was no post celebration hangover for the Giants as they prevailed over the lifeless Padres 6-1 last night to earn their ninth straight win. The win was also the ninth in a row with the Giants scoring at least six runs, a record in the San Francisco era and quite an achievement.

The nine game winning streak is the longest since 2004 when the San Franciscans won ten in a row.

Last night Anthony Desclafani pitched 6 1/3 innings allowing only one run against three hits in earning his twelfth win against six losses and lowering his ERA to 3.24, excellent numbers for a number three starter and more than the Giants could have hoped for to start the season.

Once again the Giants scored in the first to grab an early lead. This time it was thanks to a solo home run by Buster Posey on an inside cutter that was so far off the plate, so inside that it became a Twitter meme. Buster’s ability to hit that pitch for power and send it over the left center field fence is simply bizarro brilliance in the art of hitting. The homer was Buster’s 18th on the year and it was a long time coming.

Buster’s on the board pic.twitter.com/nKD48ZnRaL

After the Padres would tie the game with a single run in the top of the third inning the Giants went back to work to respond with another run of their own in the bottom half of the inning on an errant pick off attempt by Padres starting pitcher Jake Arrieta. It couldn’t happen to a nicer guy.

Imagine being a Padres fan right now. Your team won the off-season with giant (pun intended) acquisitions. Your GM spent like a drunken sailor on the last night of leave before going to World War III, and every single baseball prognosticator picked you to win the division or World Series. The San Diego downfall is a lesson in how not to build a team with superstars and big contracts. The Giants, they with the miniscule payroll and castoffs with veterans who were supposedly well over-the-hill are dominating the Major Leagues. It must seem like a very bad and very long bad dream for San Diego baseball fans.

In the bottom of the fourth Tommy LaStella continued his hot hitting with an RBI single to score Steven Duggar. Doubles by Darin Ruf and Brandon Belt would drive in runs in the bottom of the 7th and 8th respectively before the Giants would score again thanks to a throwing error by Manny Machado, who was later absolutely humiliated in an at bat where he was blown away by Camilo Doval, who closed the game out with a shutout ninth after Tony Watson (1/3 inning) and Tyler Rogers (one inning) would make scoreless appearances to keep the Giants pen fresh as a daisy.

In short this was a gratifying win, and a crucial win because the Tinseltowners would win their game as well to keep the Giants lead in the National League West at 2.5 games. The victory makes it 95 and counting for the Giants with 17 games to play. Alex Wood is said to be recovering nicely from Covid though there is still no timetable for his return. Manager Gabe Kapler is making overtures that suggest Wood could be back before the month is over. My fingers are crossed. Alex Dickerson and Donovan Solano continue their rehab assignments in Sacramento and will likely be back this week.

Dominic Leone will start again in a bullpen game for the Giants as they face Joe Musgrove who has been very good for San Diego. First pitch is at 6:45 PM, Willie Mays Field time.