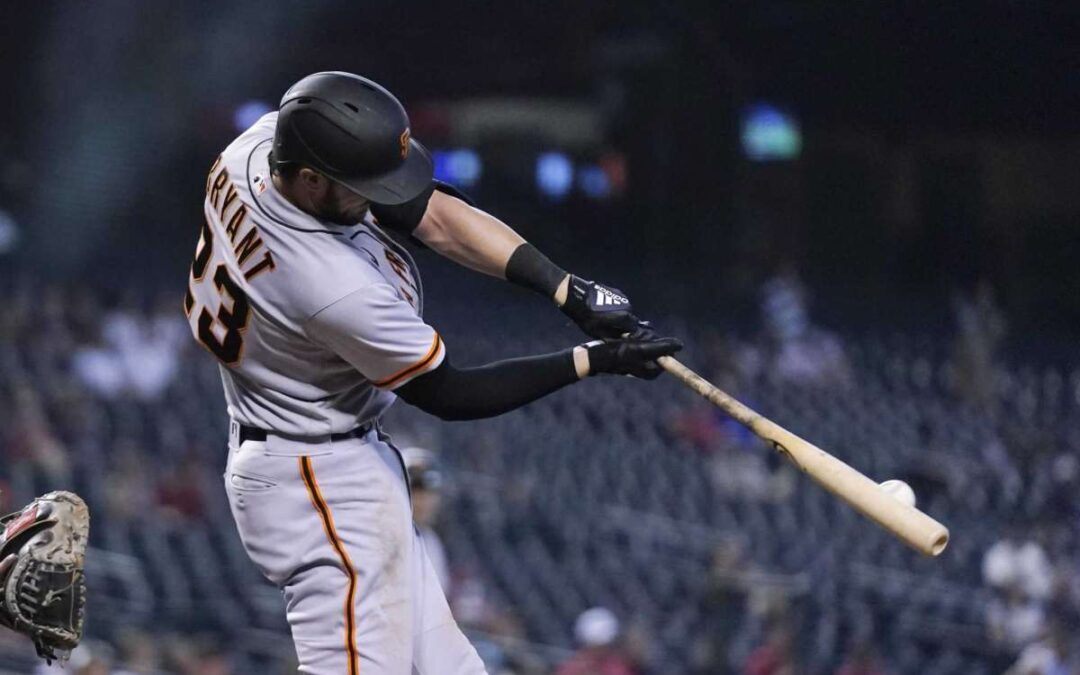 The 2021 NLDS between the Giants and Bums moves to Los Angeles tonight with Alex Wood facing Max Scherzer in the GIGANTIC Game 3 Contest.

The Giants are hoping to bounce back from an epic bullpen catastrophe that turned a 2-1 game in the sixth into a 9-2 debacle. But that is ancient history and tonight the proverbial slates are wiped clean. The Giants need only take one of the next two in Tinseltown to force the decisive Game 5 at Willie Mays Field.

Scherzer has allowed a gazillion runs in his last three starts, though he was mildly better in the Wild Card Game.

First Pitch is at 6:37 PM, Fernando Valenzuela time. The game is airing on TBS.

Expect a Lefty line up tonight. MLB.com projects the following: