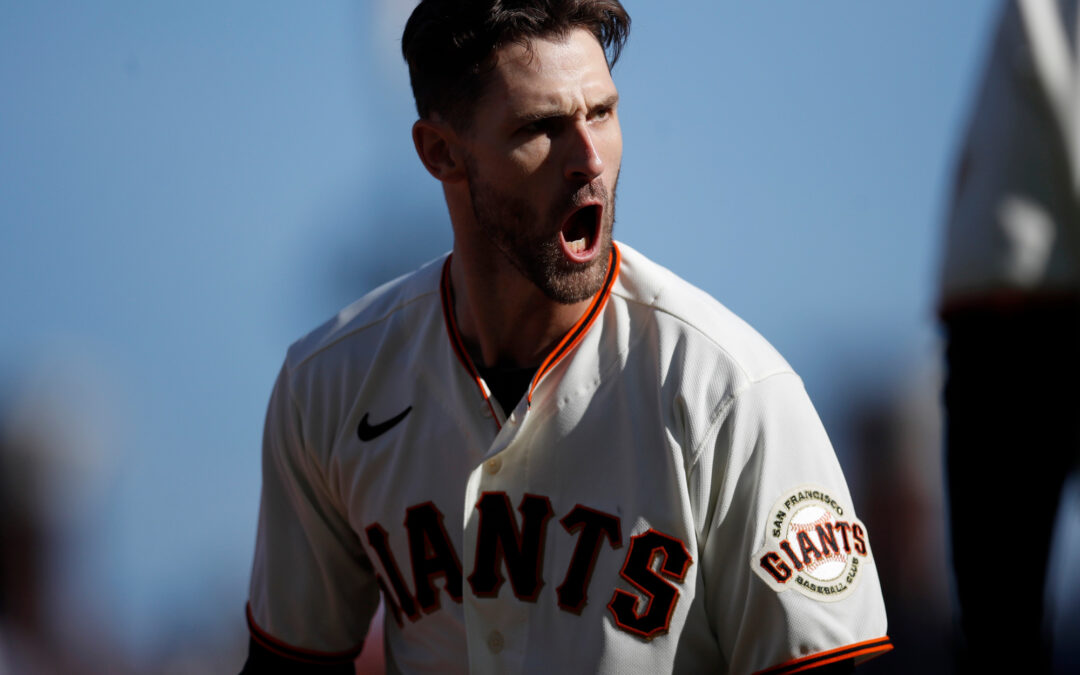 167, that is the number of pitches the Giants threw in last night’s game. Normally, when you throw more than 120 in a nine inning game you are going to lose.

Coming into last night’s game Walker Buehler had a career mark of 7-0 with a 1.83 ERA against the Giants. This season he was 13-2 going into the game. The Giants had never even come close to beating the Dodger ace and this was the decisive game of the season and weekend series that would dictate who would leave the Willie Mays Field in first place. The Giants were going with a bullpen game which is a polite way of saying “anyone they could find.”

Under no circumstances was this a game the Giants should win on paper.

The Giants took back their rightful ownership of first place in the National League West!

This must rank up there with the top two or three most important wins of the season for so many reasons, not least of which is the “ownership” of first place.

After going 10-9 against Los Angeles, the #SFGiants own the season series over the Dodgers. #BeatLA pic.twitter.com/i1sPUfQE4c

Brandon Belt started the heroics with a solo home run that would be better described as a cannon shot to the deepest part of Willie Mays Field in right center off a 97 MPH Buehler fastball on the inside corner. That is some serious hitting folks. That first inning run and homer were huge to get the Giants on the board first and to give the team and crowd some confidence in what appeared a mismatch. With the Dodgers countering with a run in the top of the second newly-promoted Steven Duggar hit a two-run triple that drove in two and electrified the crowd in the bottom of the second inning. Equally crucial was Darin Ruf’s RBI single on a 1-2 count on a fastball loooooow and awaaaay to score Duggar. It was an another beautiful piece of hitting by Ruf and a great example of simply punching the ball up the middle with a reduced and protective swing in a two-strike count. Oh how I wish other hitters would learn from this at bat.

The Giants kept the initiative in the game with more big hits. In the bottom of the third inning Brandon Crawford hit an RBI double to score LaMonte Wade Jr. and Curt Casali, who had been slumping badly, hit a bloop RBI single to score BCraw. That made it 6-1 Giants.

There were tense moments for the Giant relief corps. Camil Doval walked in a run on a blown call by the home plate umpire Tony Randazzo with a 3-2 count. It was a strike and it should have ended the inning. This was not the first blown strike against the Giants he missed. Doval was able to strike out the next batter and avoid further damage. Dominic Leone would get the win on a night the Giants used nine pitchers for a nine inning game. No wonder fewer and fewer people watch baseball on television these days.

The Giants would head to the ninth with a solid 6-2 lead until Jake McGee allowed a two-run dinger by Albert Pujols after another throwing error by Kris Bryant who was playing third base. I do not want to beat a dead horse about McGee’s lack of a repertoire. Let’s just say the Dodgers fought back and the game was not decided till Yaz made a fine catch with two outs at the right field netting to seal the win.

Why on earth is their netting all the way down both foul lines? It makes no sense.

A Word About Bullpen Games

Greek Giant does not like bullpen games. Greek Giant thinks starting pitching is the central element of a baseball game and only starting pitchers should toe the rubber in the first inning. Quite frankly, the Giants made a huge gamble to not call up spot starters from the Minor Leagues for Saturday and Sunday games. It was as if Zaidi was conceding these games and I simply do not understand the move despite the positive, epic outcome last night I do not agree with the decision.

Basically Farhan Zaidi believes the Giants have a better shot with veteran relievers pitching every inning than a starter. I guess the manipulation of rosters and pitchers with fake injuries and constant demotions-promotions allows for this strategy since you can replace fatigued relievers easily, particularly when your pitching staff has thirteen players on it. It is the analytics equivalent of shuttling players into different positions to keep their bats in the line up and calling it “versatility” while you downplay the importance of defense and defensive specialization. See Friday night’s game from a Dodger perspective to see why this is a foolish strategy. Bullpen games have one advantage in that an opposing Manager must always counter for matchups when a righty replaces a lefty and so on, every other inning or two. I am guessing this is the decisive issue for the strategy but at what cost? The Giants now head to Denver with a tired and depleted relief corps to play a Rockies team that always gives them fits at Mile High park. Color me a bit worried. With twenty five games to go the Giants have a one-game lead over their rivals in the South. To say this will be a special pennant race is to state the obvious. Last night’s win on national television was a HUUUUUUUUGE statement and hopefully a victory that will carry over into some momentum for our boys.

It will be Gausman vs Freeland tonight in Denver. Game time is 1:10 PM, Digger time.