Pitchers and Catchers Report in 168 Days 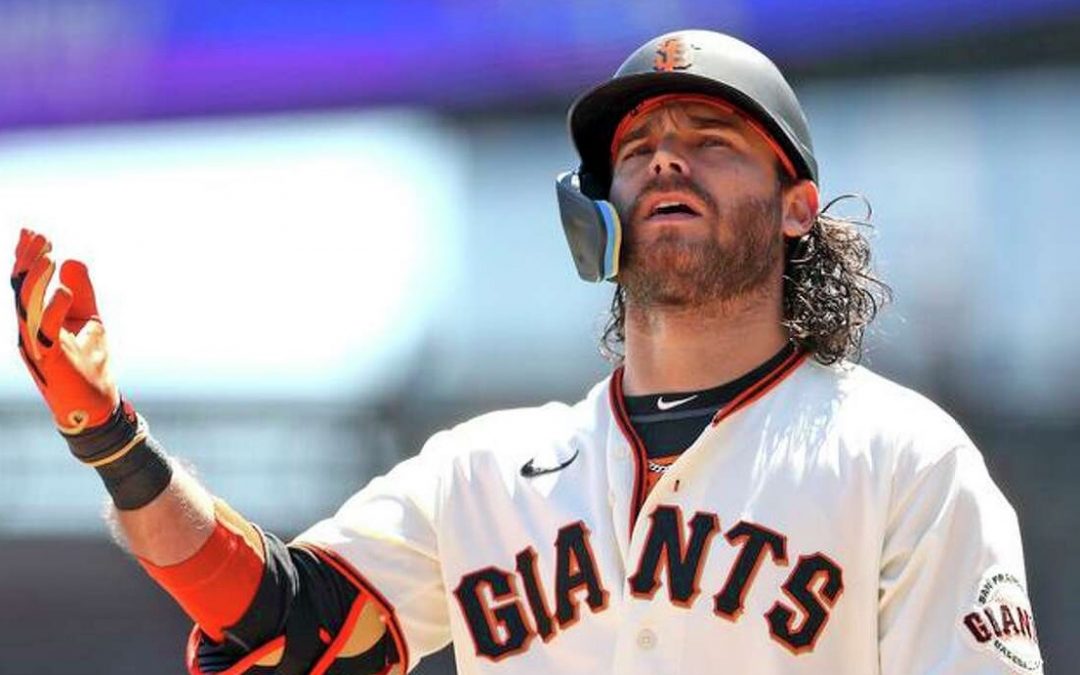 I don’t know what else to write about. Nobody knows the troubles of a Giants Blog writer when the team has hit the skids…

As said writer I could take a few roads towards content:

I really do not want to discuss last night’s 5-4 loss to the Padres in which the Giants got swept on their home field and Brandon Crawford was ejected from the game for arguing a check swing on a third strike that was at best borderline. It’s not going well for our club and times like these are tests of character for the players, the GM, the Manager and the Blog Writer. It’s a skid not seen since 2017 when the Giants nearly lost 100 games. It’s bad. It’s “woe is us” territory awful.

Instead of pointing fingers I propose we see this nosedive in the standings as an opportunity. What? you respond, incredulously… Well here goes:

Call Up the Kids

The Giants can use this remainder of the schedule to evaluate some of their prospects. Let’s give David Villar a month’s worth of playing time and at bats. Let’s call up some young hitters who are having a fine year at the plate. I want some young arms from down on the farm to audition for the bullpen. These River Cats are worth a look. Let’s not waste any time on giving more at bats to the likes of Tommy LaStella and La Monte Wade Jr. Sorry but Wade needs a rest or is not the answer. Same goes for Yaz.

Clean house and DFA players who have no trade value and who will not be re-signed by the Giants this year. Don’t let them take up at bats, pitches and roster spots that could be productive for younger players.

It’s time to let the kids play if for no other reason than to stir things up with the big club and give the young talent a look at Major League competition. Maybe one or two of them will surprise? Maybe Heliot Ramos needs consistent plate appearances?

Built the 2023 roster now. What do I mean by this? Simple. If I am Zaidi I circle all the free agents I want to sign and I sign them the minute they are available in November. I don’t let them get away. I realize my team is not just awful, it’s boring. It’s got zero star power on the field and the fans are tuned out. It’s a terrible double sin from baseball ownership standpoint to field a boring and a bad team. Can a bad team ever be interesting, you ask? Yes. Imagine the 2008 or 2009 Giants. They had some young talent and they had good players, very bright prospects on the horizon. Buster Posey made his debut in 2009. Tim Lincecum won the Cy Young that season. You get the picture.

Plans for the 2023 roster also include trades. Do the Giants sign Rodon then trade him? Do they let him walk for nothing? Or, do they sign him for a five year deal and keep him? This needs to be decided now and the negotiations can begin now. What bullpen help do the Giants need? Can they promote some young arms from Sacramento to help? What about young studs in Richmond? Not a day or a game should be wasted towards this end.

Farhan Zaidi’s future needs to be clarified this offseason. He needs to meet with ownership and asses their sentiments and expectations. This means, Gabe Kapler’s future as well. Does Zaidi get an extension? If I am Ownership my answer would be “No.” I would respnd with “show me what you’ve got next year and we will decide.” Admittedly, this is stuff that cannot be put out in the public eye but Giants ownership needs to turn the page on this year and plan for 2023 and beyond. If Zaidi is in the picture then extend him. If not, then do not but look for future GM candidates as a replacement. I would consider pilfering someone from the Dodgers or Rays organizations, two franchises with exceptional player development and scouting.

And yes, the 2023 Spring Training Schedule was announced yesterday. The Giants will play their first Cactus League game on the 25th of February against the Cubs.

The #SFGiants 2023 schedule has been announced 🗓 pic.twitter.com/cEHng3HCxd

South of the Border, Down Mexico Way

Major League Baseball just announced that the Giants will play the Padres for a two-game set in Mexico City in April 2023. Viva Los Gigantes!

Earlier today, .@MLB announced that the Giants and Padres will play a two game series in Mexico City in April of 2023.

These games represent the Giants first ever international series.

The Giants are honored to represent the MLB as well as the city of San Francisco. pic.twitter.com/yoF2sB8aW4

This is cool. Bravo Mets.

This might be one of the most epic things I’ve ever seen on a baseball field. The music artist actually plays the walkout song for the player. Fire. Me. Up. 🔥pic.twitter.com/6Ie2vXT9Ab