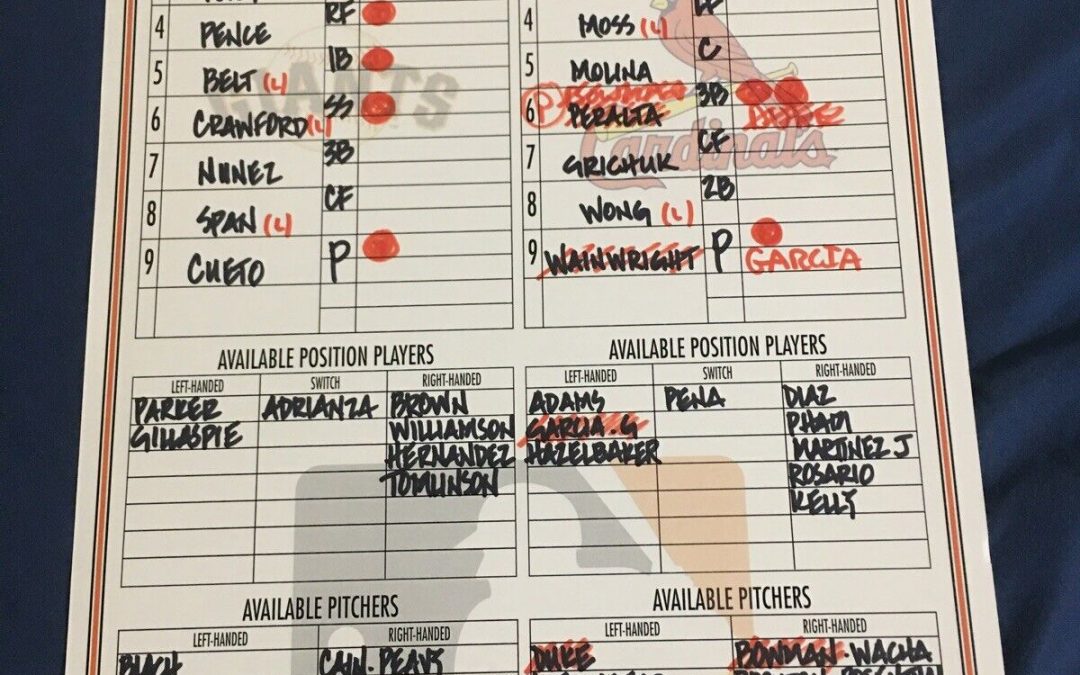 I love me some predictions, especially those regarding rosters and lineups for the Giants, And… Especially those concerning the new upcoming season! I’m really…

Back to our regularly scheduled programming…

While the Giants did not sign Carlos Correa, Aaron Judge or any BIG NAME free agent they did make significant additions to their roster. The question is will those new guys like Mitch Haniger and Michael Conforto make up for the loss of the likes of Evan Longoria, Brandon Belt and Carlos Rodon?

What can we expect for the Opening Day Roster when the Giants play their first game of the 2023 campaign against the Yankees in New York on March 30?

Here is what Bleacher Report predicts for the Giants:

Hahahahaha!… They published this when the Correa deal looked like it was the real thing for the San Franciscans! Alas, here is my Opening Day Lineup:

Logan Webb is a sure thing. Same with Bart, BCraw, Yaz and Estrada. I think Villar will be the opening day third baseman and we will see about the outfield alignment. Of course, I could be wrong about first base. Maybe LaMonte tears it up in the Cactus League and takes over, daming the platoons.

One thing I will say, we all know that the Giants will play a ton of mix and match with line ups and defensive configurations for every game and during every game so there’s that. The opening day lineup is kind of a vestige of a time when the batting order and position players were more or less solidified.

God, I miss those days!