Pretty Good Off the Bat 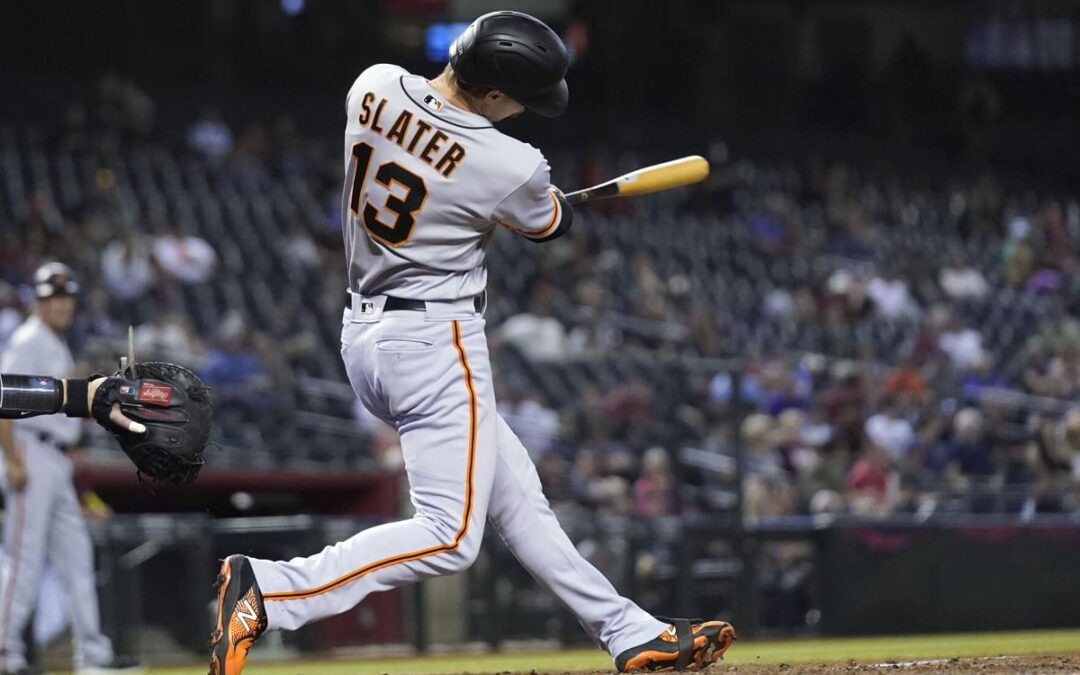 The Giants came back from a 4-0 deficit to defeat the Dbacks 5-4 thanks to heroics in the form of back to back home runs by Austin Slater and Jason Vosler in the top of the 8th inning with two outs. Slater’s was pinch-hit 460 foot bomb with Donovan Solano on at second. Vosler, batting after entering the game to pinch-run for Darin Ruf who injured his hamstring and who was filling in for the injured Brandon Belt then hit a laser for the game-winning run. The Giants had a nervy ninth but escaped with the win when Tyler Rogers escaped from a bases loaded one out jam thanks to a strikeout and a ground out.

A word about Slater’s homer…It was absolutely mashed. It came off what looked like, at least from my eyes here in Venice, an 89 mph cutter belt high and inside. Slater was all over it. The ball traveled officially a scintillating 460 feet. I swear I heard a sonic boom. It definitely broke the sound barrier as well as a few seats in the upper deck of the Diamondbacks park. It was a stunner. Even Duane Kuiper was more excited than usual.

“That one felt pretty good off the bat,”

Another day at the office.

Jason Vosler’s homer was a laserbeam just inside the right field foul pole. It was a showstopper and the first tater in the 27 year-young player’s career.

First Major League homer for @VoslerJason is a showstopper. pic.twitter.com/Ldbwho6zmu

Vosler’s homer was caught by Jake McGee, in the Giants bullpen.

Jake McGee caught Jason Vosler’s first MLB home run and it’s waiting for him in the clubhouse with the lineup card. He’ll need the keepsakes. “I would be lying if I told you that I remembered all of it,” he said. “It’s kind of a blur right now.”

With the win the Giants gained a game on the Dodgers to get into a tie for second place in the National League West. The Padres lead the division by 1.5 games.

The Giants travel to La-La Land to play four against their rivals in the south. Tonight’s starter for the good guys is Alex Wood. The Bums have not announced a starter at press time. First pitch is at 7:10 PM.