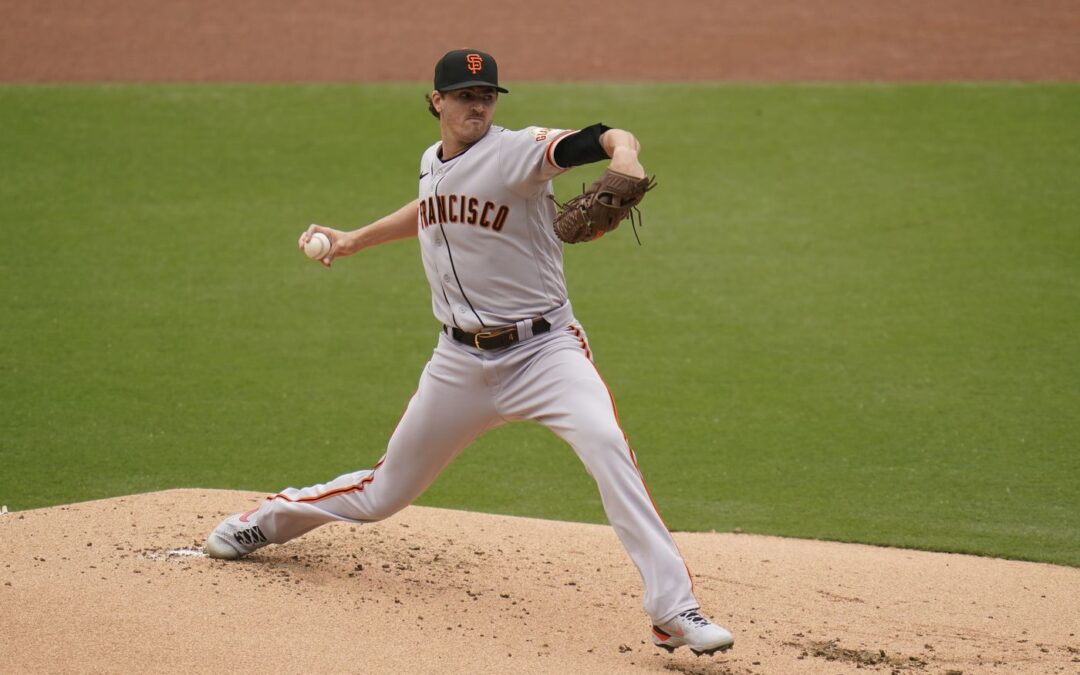 It happens many times with over-achieving ballclubs: Somehow, beyond reason they sniff first place only to find the rarefied air on top of the standings to be a bit too intense. Upstarts falter. Success causes stress, pants get pooped and then teams that were meant to be underwhelming or at best mediocre go back to their rightful places in the middle or bottom of the divisional standings. Well, the Giants appear to be finding first place in the National League West very comfortable. After Sunday’s 7-1 win over the Padres that prevented a sweep in San Diego the Giants remained alone atop their division with a 17-11 record. It’s waaay too early to get excited about first place after 28 games but… it is fascinating to see our boys above the big-spending and loaded Padres/Dodgers two-headed monster.

Yesterday Fernando Tatis Jr. homered in the bottom of the first for the Padres and things were not looking good. But Kevin Gausman (Can we call him the Giants “Ace”?) would not allow another run in six innings of work. The bats came alive in the form of Mike Tauchman who hit a three-run homer in the third and who drove in another run. Kevin Gausman scored two runs thanks to his reaching base on an error and a single. Tommy LaStella went 2-3 with two runs batted in but had to leave the game late with what was described as “a hamstring.” In sports lingo, having “a hamstring” usually means said hamstring is tight or close to being pulled, a very dangerous and difficult injury to recover from.

Don’t look now but the Mighty Giants have a serious injury problem with Johnny Cueto, Donovan Solano, Brandon Crawford, Tommy LaStella and Mike Yastrezmski all out with injuries of varying degrees. To make matters worse, Reyes Moronta had to quit his warm-up due to tightness, whatever that means. That the Giants continue to win with these players out says much about the character of our ballclub and maybe even a little about their depth.

Throughout the series the Giants starting pitching was stellar and kept their teams in each game. Through six games so far the Giants are 3-3 against the Brown juggernaut from San Diego. Gabe Kapler had some interesting comments after the game (courtesy of MLB):

“I think there’s a mutual respect for the talent,” Kapler said. “I certainly think their team is incredibly talented. I think they’re a well-coached team and a well-prepared team, and I think the respect is returned and I appreciate that.”

Here is the Tauchman blast on a curveball at a crucial point in the game:

Here is a nice play by Alex Dickerson:

The Giants are in Denver to face the Rockies for three games. Tonight, Aaron Sanchez faces German Marquez. First pitch is at 8:40 PM, Todd Helton time.