Rocking and Rolling in Cleveland 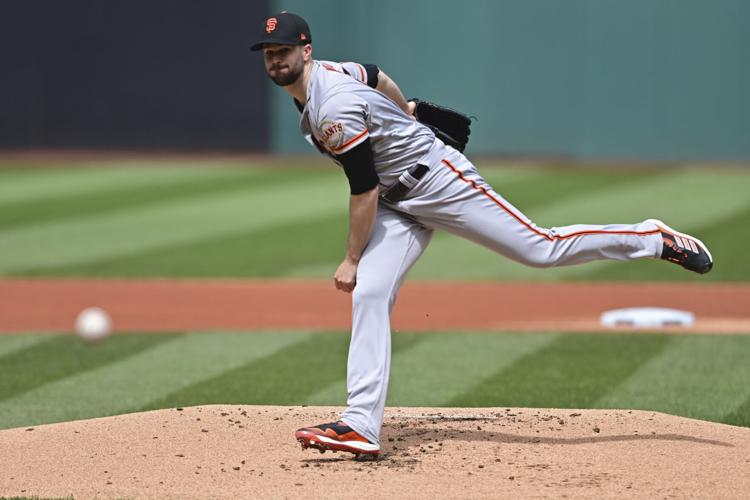 The Giants traveled to Cleveland for their first road series of the 2022 season and gave Major League Baseball a masterclass in sweepdom. It was beautiful. Going into the series the Guardians had the best offense in baseball in pretty much every category. They scored a total of four runs in three games in losing 4-1 on Friday, 4-2 on Saturday, and 8-1 in today’s series finale. The Giant pitching staff was simply splendiferous.

In Sunday’s finale Alex Wood pitched like a man with a flight to catch: He was smooth, quick, in rhythm the whole game and was ahead of practically every batter he faced. He was the key to the game because of his efficiency and because Cleveland starter Aaron Civale looked big-time dominant, I mean the kind of dominant that pitches no-hitters and perfect games. Civale’s curves and slurves, sliders and hiders were painting the black of the plate on the outside corner when they were not getting Giant batters to chase at pitches in the dirt in 0-2 and 1-2 counts. The Giants looked so bad in the first 1 2/3 innings that I felt this was going to bay one of those “tip your cap” games for our boys.

To start the second Joc Pederson and Brandon Crawford both struck out and looked completely over-matched in the process. Then along came up Wilmer Flores, who, on a two-strike count, hit a double off the wall in left center and suddenly the Giants heated up on the coldest game they played in since 1992. Thairos Estrada was the next better. After falling behind in the count 1-2 and looking completely lost in the process (Don’t ask), he launched a high fastball just above the yellow line on the left field wall and suddenly the Giants were ahead 2-0. From there it was party time.

Alex Wood was utterly fantastic, throwing darts up and down, in and out. His fastball was touching 94 and his breaking pitches were never in doubt. Since he was constantly ahead in counts he had the upper hand against practically every Guardian hitter. The lefty was waring short sleeves as a giant “F)((ck you” to the elements as if he was an offensive lineman in a Browns-Steelers game. He was fantastic. The Guardians hit one ball hard off him in the game. His outing? How about: five innings pitched, zero walks, zero runs, four hits and five strikeouts. How about setting the tone in a game against a solid team, on the road, with a series sweep on the line?

Wood was simply superb as he held the Clevelanders scoreless as the Giants would pile on with two more RBIs from Estrada who doubled in two later in the game.

Brandon Belt hit a two-run, no-doubter to right to add on and the Giants rode the thunder home to a sweep with Beede and Long closing out the 7h, 8th and 9th innings. Belt’s dinger meant he added another park to his list of home run locales.

Brandon Belt hit a two-run shot. He has now homered in 24 different ballparks, tying Brandon Crawford, who picked up his first homer here on Friday night.

Beede pitched two innings and allowed one harmless run in his outing where he hit 95 with ease. If the kid ever gets his command and mechanics down he will be a force to reckon with.

For the Giants this was a MIGHTY impressive series sweep, on the road against a quality Junior Circuit opponent. After this win the Giants have the lowest team ERA in the Majors and are now 7-2, good for first place in the National League West and only 100 wins off their record-setting 2021 total. The Giants have also out-homered their opponents 11-3 this year.

Oh, and the boys just achieved a franchise record:

Shoutout to the arm barn 💪 pic.twitter.com/sTMu1bqshm

Just like we drew it up in Spring Training.