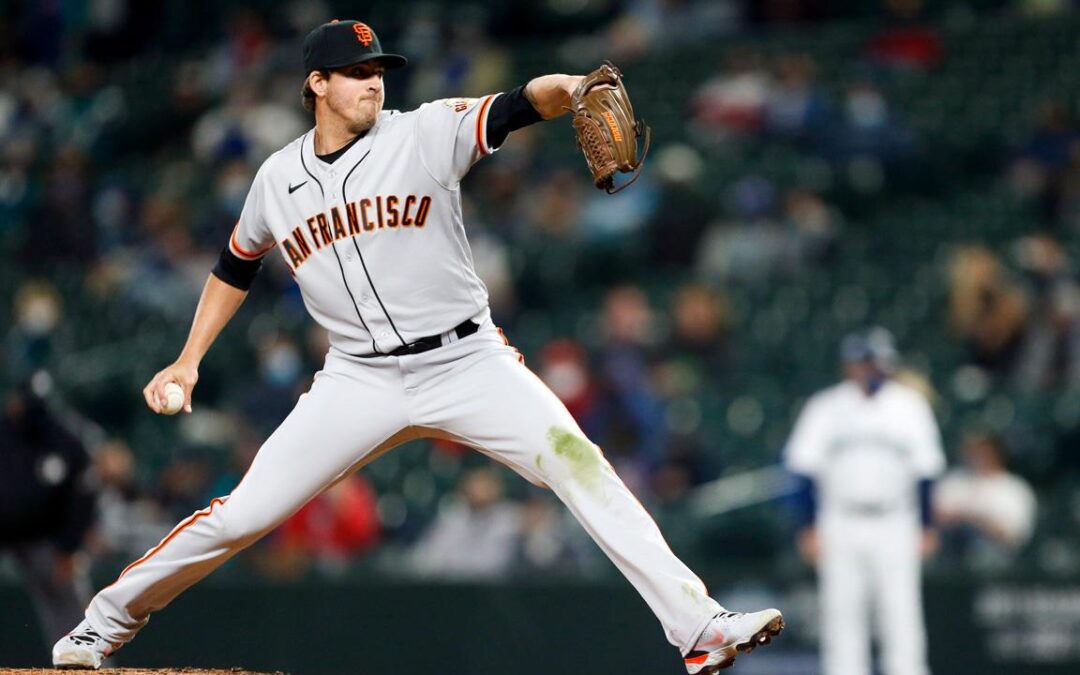 I hereby remove Opening Day from my list of most sacrosanct holidays. After last night’s horror show in Seattle, where the Giants blew a 6-1 in the eighth inning thanks to the following:

The game ended on another bases loaded walk in the bottom of the tenth. In 3 1/3 innings the Giants bullpen issued seven walks. Enough said. Garcia and Wisler were the big villains in the Giants pen on this night. I don’t want to get into the specifics because it’s just too painful to recount. Watching this game on the East Coast and witnessing this breakdown around 1 am on limited sleep and with jet lag is a kind of Biblical spiritual Baseball Punishment of a sublime kind.

In that horrible 8th Jalin Garcia crossed up Buster Posey by throwing a fastball when the Giants catcher was expecting an off-speed pitch. I never saw Posey so angry in a game before after he miraculously caught the ball with the bases loaded.

The big at-bat in that inning was by Seattle’s Trammel who laid off a very close 3-2 pitch to get his walk after the bases were loaded. He fouled off a few tough sliders as well and when he reached base it was a simple case of a batter getting the better of a young reliever and in my mind it was the at-bat of the game.

The game started auspiciously enough with long balls by Evan Longoria to right and a by Buster Pose (a thing of beauty) to deep left. Posey’s blast was during his first at bat back to baseball since 2019.

Here is the Longoria home run:

You love to see it. pic.twitter.com/d7SIGQrPHo

The real tragedy of the game is not just the lost lead but also the waste of Kevin Gausman’s absolutely dominant performance. The big righty went 6 2/3 innings allowing only one run and recording six strikeouts and two walks with only two hits allowed.

To make matters worse, after the Mariners went ahead with their six-run eighth inning, Alex Dickerson hit a 408 foot homer to tie the game for the Giants in the top of the ninth. In all the Giants hitting attack was highly efficient seven runs on 10 hits… But those walks… that error… This game should be shown to Little Leaguers and Major Leaguers alike to emphasize the importance of pitching and defense.

Somebody call Jeremy Affeldt to see if he’s free.

Johnny Cueto makes his season debut in tonight’s game against Yuseio Kikuchi of the Mariners. First pitch is at 7:10 PM, Edgar Martinez time.