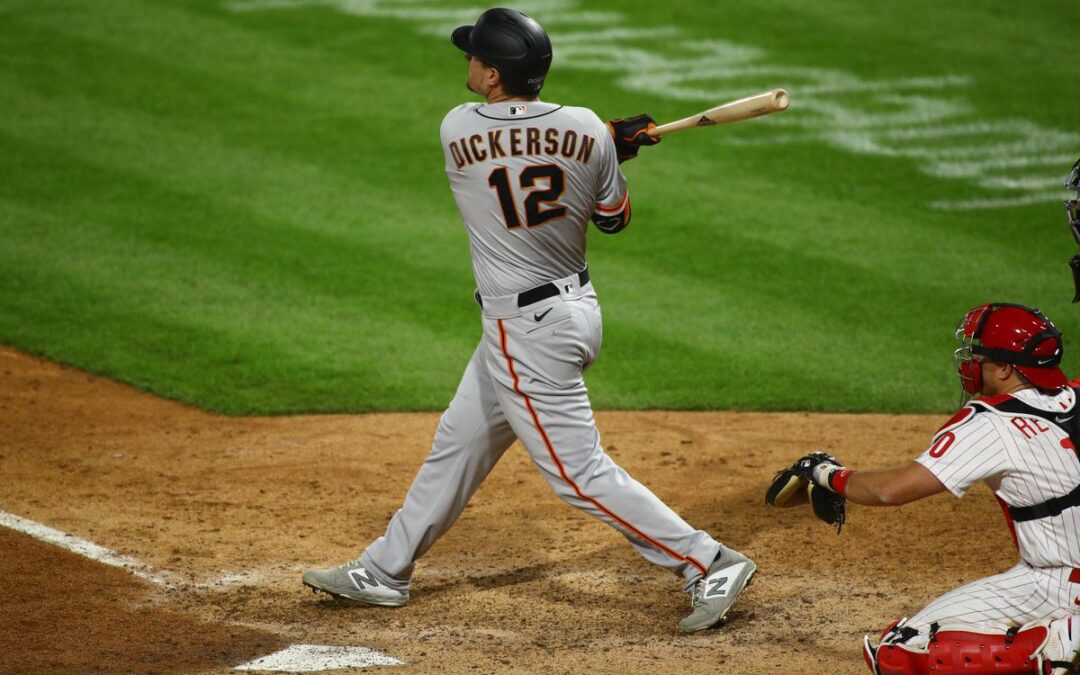 Last night the Giants polished off one of their most thrilling victories of the season thanks to five home runs, two of which came off the bat of Sir Buster Posey. The other three were by Tommy LaStella, Alex Dickerson and Wilmer Flores. Mr. Dickerson’s blast was a three-run job hit in the top of the 8th inning with the Giants behind 6-4. Wilmer Flores’s blast was also in the 8th and added much-needed insurance in what would be a wild 10-7 win after the Giants were behind 4-0.

“It was a matter of when and not if this team was going to produce offensively,”

Zack Wheeler (remember him) was mostly cruising with a 4-0 lead until the Giants put a three-spot up thanks to LaStella’s dinger.

Brandon Belt, who was just heating up his lumber, had to leave the game late with a tight right quadricep. No word yet on how long he will be out.
Here is the Flores bomb:

What makes this game so damn rewarding is that the Giants came up big agains bad pitches thrown by Philly pitchers. In each case, a homer was hit off fat, fluttering fluffballs belly high. Those are the types of pitches you are supposed to mash and the Giants did just that. Logan Webb had a rough start going four innings allowing seven hits on two walks with his four runs. Alvarez got the win for the Giants. This was the kind of game that nearly makes up for the debacle in Miami last Saturday night. I say that because since that game the Giants bullpen has only allowed one run. They’ve been stellar.

Today the Giants have a chance at a sweep with the final game of the series. It will be an afternoon affair with Desclafani facing Zach Eflin. First pitch is at 1:05 PM, Philly Phanatic time.