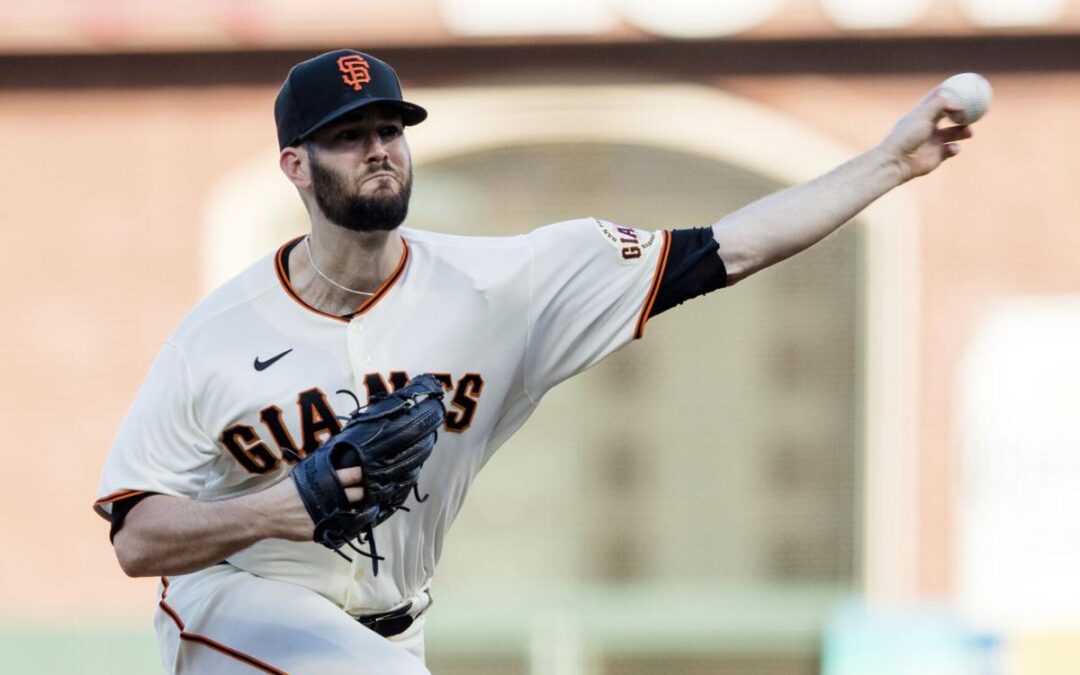 Come on! You knew that headline was coming with the performances Alex Wood has been offering the Giants. Last night Alex Wood continued his dominant run of starts with a seven inning one run gem that earned him the victory when the Giants rallied for two runs in the bottom of the frame to plate the winning runs in their 3-1 victory over the Rangers. The tie was broken on a pinch it double by Mauricio Dubon who seems to be gaining more and more confidence at the plate with every at bat after starting the season verrrrrry slowly.

Here is the big hit:

The Giants scored in the bottom of the fourth on a homer by Brandon Belt.
Belted:

Credit must be given to Gabe Kapler regarding his use of the bench in last night’s game. The Giants skipper explained that he was waiting to employ the services of Misters Slater and Ruf in a key situation against a left-handed pitcher. Both were able to get on base, Ruf with a pinch hit. Slater scored the winning run. In the game we saw the difference between a National League team and an American League style of play that was hampered without the DH. The Rangers had to play Khris Davis in left field, a player normally the DH. In the game he made a “throw” that could only be described as ooooooohhh in a key situation with Slater rounding third to score. Let’s say that the throw by Davis was less than optimal….

Nothing beats National League baseball, PERIOD! Often lost in the debate about the DH is the fact that players who are marginal at best defensively must perform on the field and can play a major factor in games in critical situations. We saw it last night. We saw it in the 2012 World Series, Game 2.

For the final game of the series at 12:45 pm It’s Logan Webb against Jordan Lyles of the Rangers.