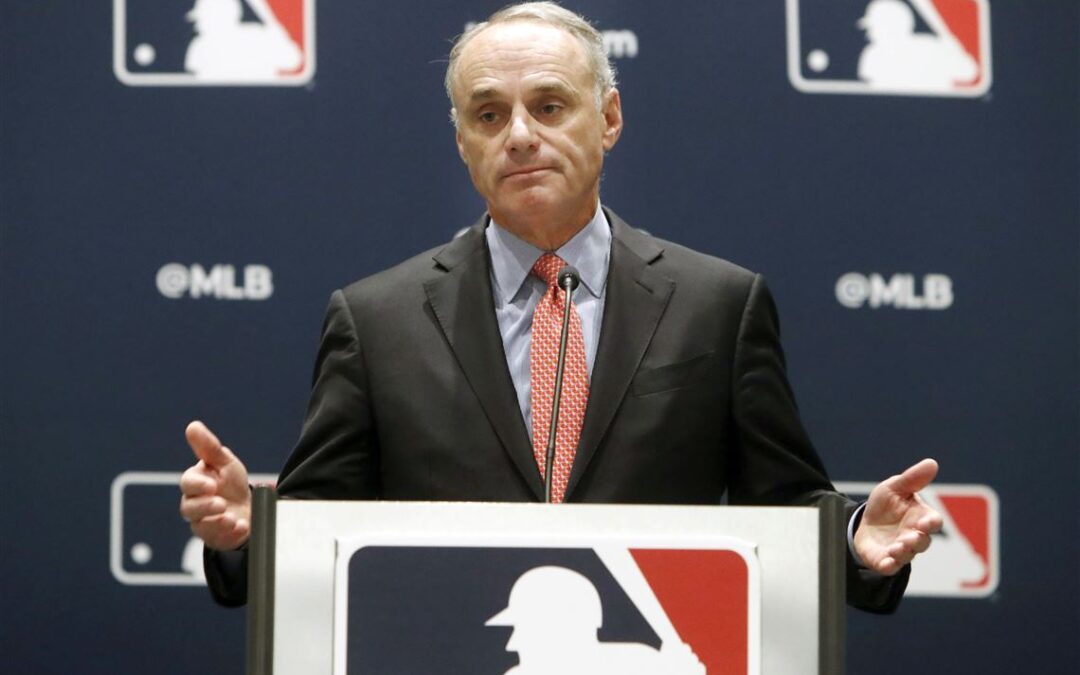 Ok, I just woke up and I am in a bad mood. It was revealed yesterday by MLB Trade rumors that Major League Baseball and the Major League Baseball Players Association have tentatively agreed to the two worst rule changes from 2020 for the 2021 season: 7-inning doubleheaders and starting extra innings with a runner on second base. The third and equally controversial proposal is to keep the expanded postseason format. It would be beneath me to tear apart the stupidity of these rules so all I will say is this: If these rules stick around for 2021 and beyond then MLB is bastardizing the game to such a degree that it is unrecognizable and not MAJOR LEAGUE BASEBALL ANYMORE!

The fourth rule reportedly finalized is allowing ballparks to admit fans at 25% capacity. This is a rule I can live with.

Baseball Is Being Diluted Away Into Liquid Nothingness

When you dilute and minimize your product or your sport to such a degree it loses its essence and what made it great in the first place. It is likely, thanks to the pandemic, that many games will be postponed, requiring the re-scheduling of doubleheaders. Fine, let’s all agree these are extreme and extremely unusual times. Keep the roster moves, expanded rosters and travel team of extra players. Shorten the season, make other options available but do not mess with the structural integrity of the game itself. This is a no-no!

It is also claimed in the link above that the National League will do away with the DH in 2021 and go back to real, old-school NL baseball. This, if true, also has many repercussions for the free agent market. Interestingly, yesterday the Braves finalized their four-year contract to retain left fielder Marcel Ozuna, who figured to be a DH if the Braves did not keep him. The move is critical for Atlanta to retain their potent line up, particularly since Ozuna was a key figure in the Brave batting order hitting right behind MVP Freddie Freeman.

I mention this move because the Braves are among only a handful of National League teams that appear to be actually committed to competing for the World Series in 2021. With so many teams in tank and give me the cable money mode, cutting payroll, actively jockeying for draft picks, Major League Baseball has a Giant competition problem only exacerbated by the pandemic and games played with no fans. Since Major League ownership has lost that revenue stream it is not a shock to see the billionaire owners cry poverty and play to lose. It’s a tragedy for fans in Cincinnatti, Pittsburgh, Miami, and quite a few more cities and unless MLB gets a REAL commissioner, not just a spokesperson for ownership, prepare for more and more top-heavy baseball games in which 4-6 teams have a realistic chance to win the World Series.

The Giants appear to be somewhere in between, as a team in a long-term rebuild and with no realistic chance of being a World Series Champion contender for the foreseeable future thanks to the continuing dominances of the Dodgers (YUCK) and the rise of the Padres, who are the real deal now. Throw in the powerful Braves and you have three National League teams far above the rest.

The Loss of Pedro Gomez

We are shocked and saddened by the passing of national baseball reporter Pedro Gomez. He was 58. pic.twitter.com/FVlcocprIh

Pedro Gomez passed away three days ago at the relatively youthful age of 58. His passing is not only a loss to his friends and family. Pedro Gomez was not just a great journalist with an infectious enthusiasm for baseball. He was a keen analyst and a wonderful ambassador to the game that transcended his profession. He was also one of the key Hispanic voices of Major League Baseball. His trip to Cuba was a landmark moment in the history of our game and in the history of Cuba-USA relations:

This is from Pedro’s trip to Cuba in 2016. If you want to know who he was, just watch this video. He loved his family, his heritage, baseball. He was just full of love for everyone. pic.twitter.com/zc6oFACPMo

I was always a fan. His voice commanded attention and seduced you with his joy. I will miss his dignity and his love of the game. Rest in Peace Mr. Gomez. There is a lovely tribute page set up on the web where friends and fans have been posting their homages to Mr. Gomez.