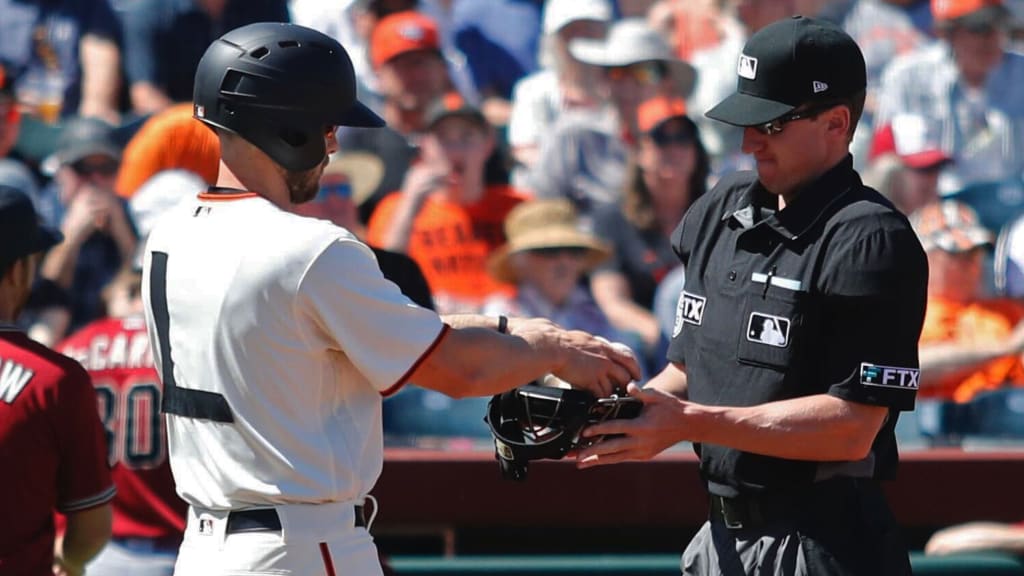 The Giants dropped a 5-3 Cactus Leaguer to the Diamondbacks yesterday. Dominic Leone was tagged with the “L”. The story of the game, from a team-standpoint, is that the Giants batted 3-30 or an average or .100 in the game. That’s pretty bad. The highlight however was Joey Bart’s two-run homer in the fifth inning. This is very funny!

Steven Duggar and Austin Slater placed last in the Giants’ fantasy football league last year, so they’re both serving as bat boys in today’s game against the D-backs. Duggar, who is servicing the home dugout, is wearing a Giants jersey with a taped “L” on the back.

With the new limit on options per season being 5 per player, it will have a significant impact on how teams use their pitching staffs and in particular, their bullpens. I like the rule and I hate the manipulation of constantly shuttling players from the Minors to the Majors. This rule will have a particularly interesting and perhaps negative impact on the Giants, led the Majors last year in players optioned four or more times with nine. Here is a list, courtesy of The Athletic and Eno Harris.

I recommend reading the Eno Harris article of you have a subscription to The Athletic. This was not considered a major rule change with the new Collective Bargaining Agreement but it will have an impact on many teams and players.

The Giants play the White Sox in Phoenix at 1:05 PM today.