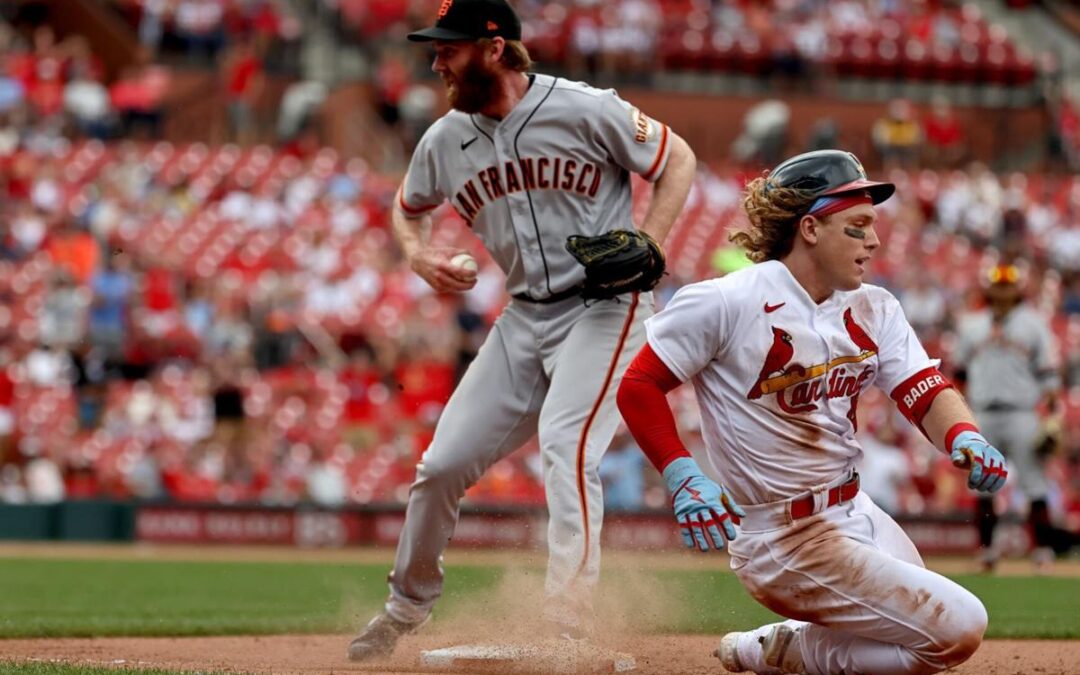 In their three-game weekend series against the Cardinals in St. Louis the Giants scored a grand total of nine runs and allowed only seven. They lost two of three games. It was that kind of series with the Giant bats going stone cold on Saturday and Sunday. In yesterday’s 2-1 loss the Giants managed five hits (two by Yaz and Solano each), one of them a solo homer by Darin Ruf but it was not enough.

The rest of the line up was dead wood.

Johnny Cueto pitched well allowing a lone run in five innings of work. It became a bullpen game in the sixth for both teams. Unfortunately the Cardinals, the team with the supposed weak bullpen, out-bullpened the Giants for the second straight game. There are many ways to look at this loss but for yours truly it is simply a matter of too many key Giant hitters missing from the lineup because of injuries (Namely Posey, Belt, and Longoria).

It is nothing to cry over. It was a tough road series against a Cardinals team trying to regain its footing in the NL Central. On the bright side the Giants starting pitching has been excellent. That’s my takeaway for now.

The Ruf Homer, for your viewing pleasure:

Hey Kids, you can meet Brandon Crawford! This is pretty cool.

Do you want to meet Giants shortstop @bcraw35? Join us for the Giants on the Go July Challenge by following these simple steps: https://t.co/fQCJ51Y6Kg

All youth ages 5-18 are eligible to participate. The deadline to complete the challenge is July 23 – let’s get moving! pic.twitter.com/cuOgCJUyW5

Tonight the Giants begin the first of four games against the dreaded Dodgers in the City of Hell’s Angels. Kevin Gausman faces Gonsolin. First pitch is at 7:10 PM, Sandy Koufax time. The good news Buster Posey is set to be in the line up tonight, according to Gabe Kapler.