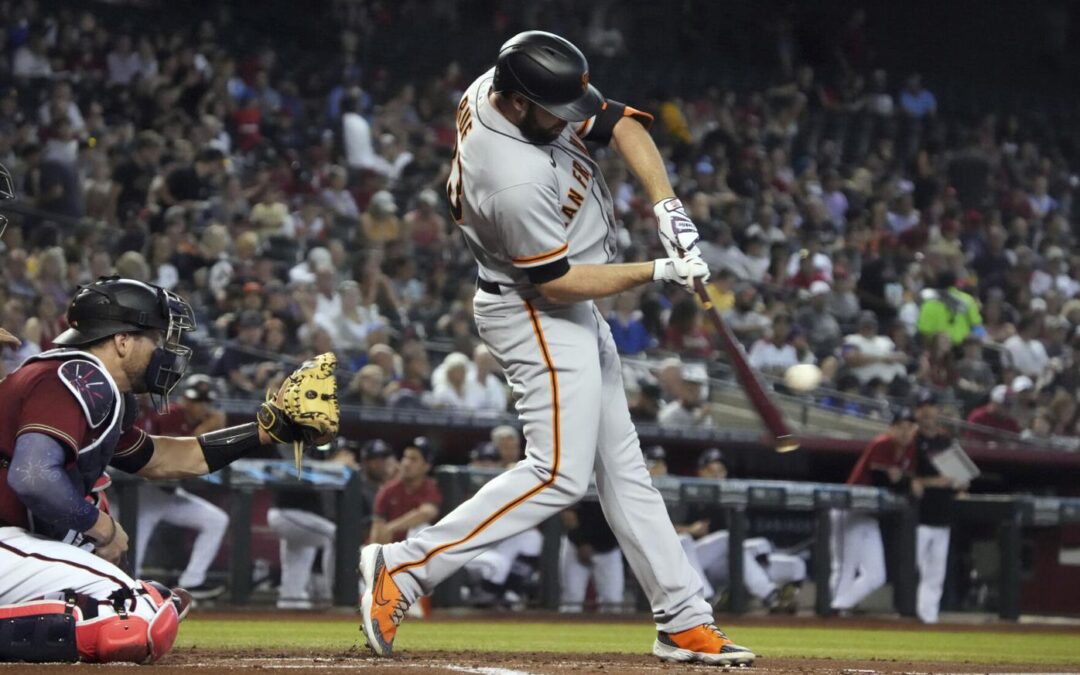 Imagine being the Dodgers right now. Your team just won its 9th in a row and you are still in second place looking up at the Giants who were supposed to be fair to middlin’ at best in 2021. It is kind of funny when you think about it. Despite this Dodger winning streak, impressive as it has been, the Giants bounced back from opening their road trip with three losses to win the last three games. Yesterda’s 5-2 win over the Arizona Diamondbacks was especially satisfying thanks to the superb outing by Anthony Desclafani who went 8 2/3 innings allowing only one run, in the 9th when the game was mostly decided.

Austin Slater hit his second homer in as many days and Darin Ruff had a big day with two hits and three ribeyes, to go with his home run. Ruf, for my money, represents one of the key bats in the Giants title hopes because of his versatility on the field and his ability to rake from the right side, a much needed component of the Giants offensive machine with Donovan Solano’s production in decline.

The Slater tater was another bomb that nearly put a whole in the DBacks ballpark. Mr. Slater has been eating his spinach, it appears:

Ruf’s home run came in the top of the 6th with a runner on and two outs. It was a key blast as it made a close game un-close.

Darin Ruf put things out of reach in the 6th.

There was a scare yesterday when Buster Posey took a hard foul ball off his mitt and had to leave the game one pitch later with extreme pain and inflammation in his left thumb. The good news is x-rays after the game were negative and the Giant catcher is expected to be day-to-day (crosses fingers).

For the Giants, the half game lead (one in the loss column) over the Dodgers means they have a game in hand when they open up a three game set against the Cards, who have been struggling mightily of late, in San Francisco.

In other news it is official: Buster Posey will join Brandon Crawford and Kevin Gausman in the All Star Game in Denver. Congrats to all three players for a well-deserved honor.