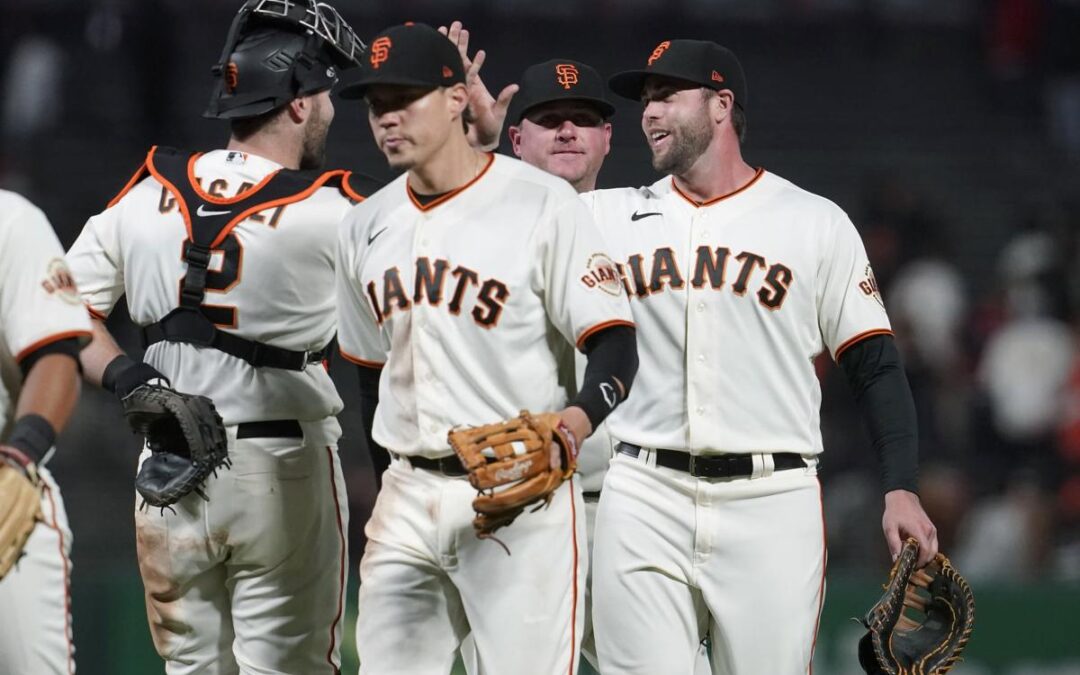 Stopper Wood: (noun) a solid wood native to the San Francisco Bay Area that is impervious to losing streaks and is able to start new winning streaks. Stopper Wood has been known to age well.

I could not resist. I just have to make some kind of “Wood” reference after last night’s performance by Alex “Stopper” Wood, who, for the second straight start, stopped a Giant losing streak with an outstanding performance. Last night it was against the Cardinals and his seven innings of work in which he allowed one run on three hits was just what the doctor ordered for the struggling Giants who won 5-2 and salvaged a game from the three-game series against the St. Louis Cardinals.

Here is Giant Skipper Gabe Kapler on Wood’s performance. He summarized better than I could:

“Wood takes the responsibility of pitching well when we’re not at our best very seriously,” Giants manager Gabe Kapler said. “What was different in tonight’s game was he had all of his pitches working well. He had good command and control of all three of his pitches and mixed it up well. That was a pretty gritty and tough outing from him. It was exactly what we needed.”

Perhaps the biggest issue for the Giants during this bit of a lull has been their hitting with runners in scoring position. Simply put, they have been leaving too many runners on third and second. It has cost them continuously. It was an issue again last night that was made moot thanks to a two-run homer by Darin Ruf who is quietly becoming one of the key pieces in the Giants winning machine. His blow in the bottom of the 8th inning made a 3-2 game a lot less closer heading into the 9th. His hit was a great example of the crucial add-on runs necessary to win games when you have a less than perfect bullpen.

Wilmer Flores had two more hits and Yaz had a key RBI double.

For the bullpen on this night was not immaculate as Tyler Rogers gave up a run in the top of the 8th on a Paul Goldschmidt knock (there is the Giant Killer again). Jake McGee was perfect in the 9th and the Giants got to expand their lead atop the National League West thanks to the Miami Marlins. Yes, you read that correctly, I am thanking the Miami Marlins (it feels weird) because they swept the Dodgers in South Florida. The Padres also lost so all is right in the world today.

There was a bit of a kerfuffle with Yaz on second last night when he was accused by Johan Oviedo of stealing signs. Yaz denied it and called the episode gamesmanship.

La Monte Wade Jr. had to leave the game with a left hand strain. Interestingly enough if he had not left the game Darin Ruf would not be playing first base and would likely not have hit his homer. It could have been a different ballgame.

Logan Webb was announced as the starter on Friday night against the Nationals, who come to San Francisco for three. It is an interesting announcement as it was not clear that Mr. Webb would be ready by this weekend and there were murmurings of a spot start by Tyler Beede. With the passing of Beede as the choice for Friday it appears Tyler’s stock among the Giants is rapidly tanking.

The Giants are off today. I categorically refuse to watch any of the games this weekend since the Giants will be wearing those horrible City Connect BS jerseys. If I were a player I would refuse to wear them. If I were a player I would pull a Chris Sale and slice them all up and send them back to Nike via special delivery. It is a disgrace for a professional ballplayer to have to wear this garbage.

Buster Olney has written a fine piece analyzing the upcoming trade deadline. In it he explores the many big names (Kris Bryant, Anthony Rizzo, Craig Kimbrel, Max Scherzer, and Zach Wheeler) who are likely to get traded. What is happening is intriguing and probably very bad for baseball: The National League is dominated by the Giants, Padres and Dodgers so far which means teams like the Cardinals, Nationals, and Cubs are likely not making the playoffs as Wild Cards. Because of this likely scenario, more and more teams are willing to sell pieces of their clubs for prospects. If this is true that means they will get less and less since so many players are available and so few teams will be buyers. The Bottom Line: This is a Buyer’s Market and bodes well for the Giants. Maybe they can nab Kimbrel for peanuts?