Sweeping the Bums Out of San Francisco 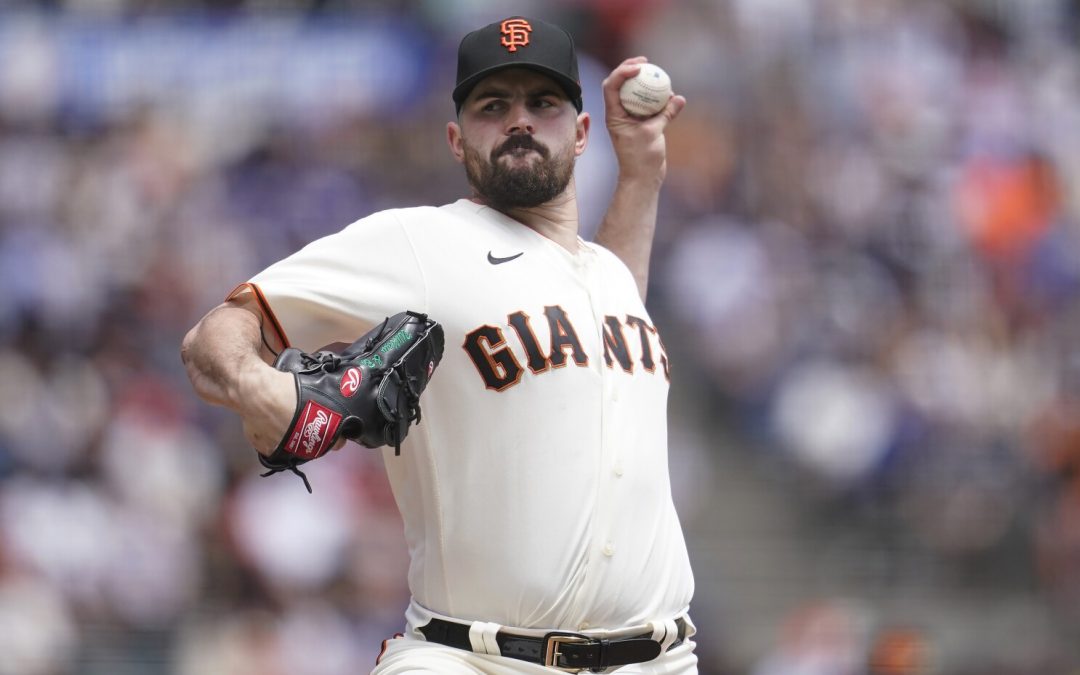 That’s what I call a relaxing San Francisco weekend: Sweep the Dodgers and get back into the thick of the National League West Divisional race as the Giants celebrated the tenth anniversary of Matt Cain’s perfect game with Cain and his family in attendance yesterday!

Yeah Baby! For all those obnoxious Dodger fans invading our sacred turf this weekend I have one word: Sayonara!

Yesterday, in tense fashion, the Giants beat the Dodgers 2-0 behind a superb performance of the art of pitching. Carlos Rodon started the game and was effective from the get-go. His fastball had some serious giddyuppppp! He was routinely hitting 98 on the gun and I saw one or two heaters break the 100 MPH barrier. With Rodon’s fastball up and in, up and out, and his breaking pitches keeping the Dodger sluggers honest, the boys from LA were over-powered in the days I have not seen since Timmy was pitching.

Rodon’s final line of six innings pitched, two hits allowed, eight strikeouts and three walks does not tell you the whole story. He could have pitched seven by Giant Manager Gabe Kapler decided to play it safe with Rodon’s workload. Since the bullpen came through I won’t argue the decision though I disagree with it. After six the Giant ace number 2 was at 98 pitches and grooving and cruising. He had very few stress pitches, despite a few lead off doubles and a lead off walk. He was also badly sqeezed by the home plate ump on a few calls that cost him a few extra pitches. At some point the Giants will have to see if Rodon can break the 100-pitch mark and extend his outings, especially since, yesterday not withstanding, the SF bullpen has not exactly been lights out this year.

The Bullpen Does Its Job

Before I get into how the Giants scored I want to explore the work of John Brebbia, Dominic Leone and Jake McGee in yesterday’s game. Each pitched a shutout in his one inning of work to preserve the 2-0 victory. Brebbia, in particular, had an eventful inning with Chris Tyalor leading off the top of the 7th with a double and the Willie Mays Field crowd getting a little angst in their pants. Suddenly the Dodgers were rallying and looking at new life with Rodon gone. Taylor’s double came on the first pitch of the inning. On the very next pitch Cody Bellinger popped out to short left where Wilmer Flores had to contend with a wind, the shift and the sun to make a snaring grab of the ball in a very dangerous and awkard position. If he does not catch it runners on are on first and third with nobody out. Instead, the grab was made on a pop up from a pitch down the middle. Immediately after the play Giants pitching coach Andrew Bailey ran out to the mound to consult with both Wynns and Brebbia. JB is willing to bet his next TWG paycheck that they were discussing the Dodger hitters sitting on first pitch fastballs or stealing signs. Either way, adjustments were made and Brebbia after walking. Max Muncy, struck out Austin Barnes and got Mookie Betts to ground out to short, ending the inning with a zero.

The crowd then exhaled.

The 8th and 9th innings were a bit less stressful and the Giants hung on for the sweep.

Bust out the brooms 🧹🧹🧹 pic.twitter.com/rWjYwjpjbM

For the Giants the thunder was struck leading off in the bottom of the first with a homer by Austin Slater on an 0-2 curveball on the outside corner and on the knees by Julio Urias. In other words, it was a pitcher’s pitch but Slater was ready for it. The ball sailed to dead center just over the wall and out of the reach of a leaping Bellinger. 1-zip Giants.

Two batters later Yaz went opposite field with a sizzling sweet line drive homer over the wall in left field. It came off a 92 MPH fastball knee high and on the outside corner as well. If you’re keeping score at home that’s two sensational examples of hitting homers on pitcher’s pitches by the Giants.

With Clayton Kershaw getting the start in a game where the Giants bullpen carried the load things were not looking rosy to start Saturday’s game. Thairos Estrada fixed that, with a solo homer in the bottom of the second inning to get the Giants on the board first and give the Giants the initiative in another tense contest. Luis Gonzalez followed with an RBI single and suddenly the Giants were ahead 2-0 early.

The play of the game took place in the top of the 7th inning with the Giants clinging to that same 2-0 lead and the Dodgers loading the bases with nobody out and Freddie Freeman up. Jarlin Garcia came in to save the day by striking out freeman on a fastball down and in that tied Freddie into knots. Trea Turner then hit into a 4-3 double play with Estrada fielding a grounder up the middle, stepping on second and throwing to first in time. It was huge!

In the top of the 8th the Dodgers scored when Bellinger lined a ground rule double into the gap in left with runners on the corners. The game was 2-1 with one out and trouble ahead. Camilo Doval was summoned and promptly struck out Gavin Lux and Mookie Betts on nasty sliders away and unhittable, both with the bases loaded. WHEW!

In the bottom of the 8th the Giants would extend their lead to 3-1 when, on a very weird play, Brandon Crawford was batting and checked his swing on a 1-2 pitch that looked like it hit him. The pitch was ruled a ball and a wild pitch as it escaped the Dodger catcher. The Giants had a new run and the ninth inning was left to decide the game.

Freedie Freeman hit a solo homer in that frame but the Giants were able to preserve the lead and win the second game of the series in excruciating fashion. With two on and two out Cody Bellinger smashed a grounder to the hole between second and third that Estrada was able to corral. The second baseman threw to first from the seat of his pants to retire Bellinger. Ball game.

What this series proved was how crucial good pitching is to the Giants success. The bullpen was almost perfect for the weekend and the Giant starters did their job. Holding the Bums to a total of four runs in three games and outscoring them 12-4 is beautifully divine.

With the win the Giants are now 3.5 games behind the Dodgers, in third place. The Padres are in second, half a game behind the Los Angelenos.