Ten Straight On the Rocks 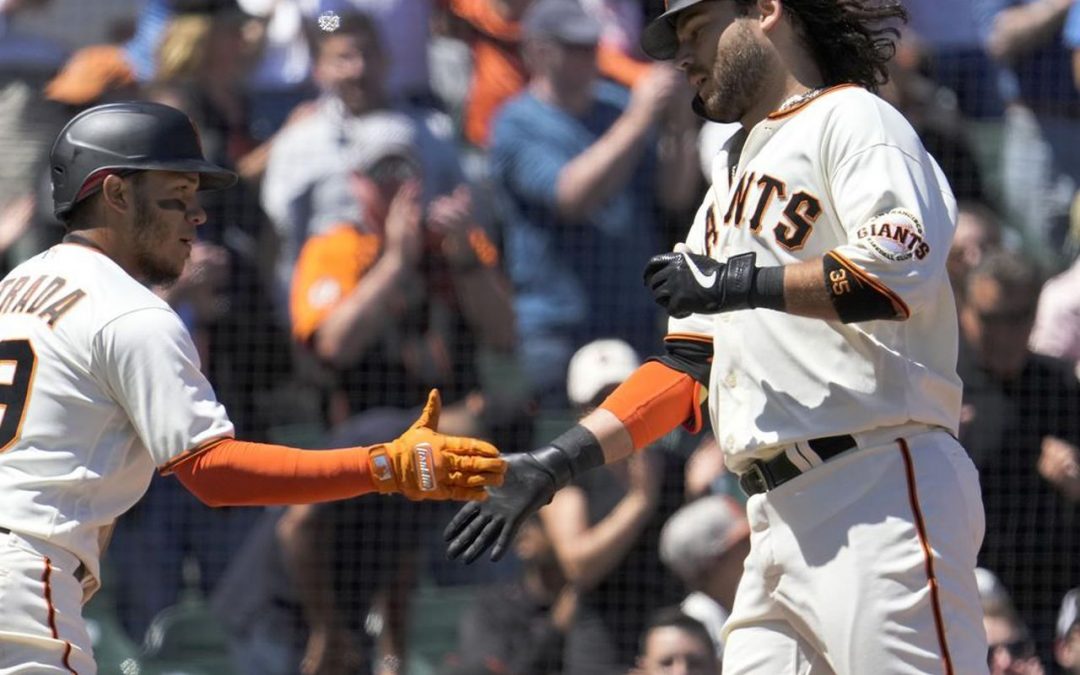 The Giants beat the Rockies for the tenth straight time, a remarkable achievement when you are old enough to remember the hellish visits to Coors Fields for our boys. Last night the Giants won 7-1 thanks to a three-run third and a two-run home run by Brandon Crawford. BCraw drove in three on the night as the Giants racked up a very efficient ten hits with their seven runs.

The win gives the Giants their fifth straight and a sweep in the series as well.

Luis Gonazlez made a great catch in foul territory:

Longo and Belt Are Back

Other offensive stars on the night include LaMonte Wade Jr with three hits and an RBI and Thairos Estrada banged out two hits and a ribeye as well. Joey Bart had a big two-strike RBI knock and Brandon Belt also knocked in a run with two hits on the night. There’s on other way to say it: This is a strong Giants line up with Brandon Belt and Evan Longoria in it. Even though Longo would whiff three times and take an oh for fiver his presence changes things dramatically for opposing pitchers. His presence on the field is also a major upgrade defensively for the Giants.

The Shapes He’s Getting

Alex Cobb got the win with five and one third innings of excellent work allowing only one run on three hits with six strikeouts and two walks. He earned his second win of the season in the process. Cobb was pleased with his performance and its shapes:

“I thought it was good. I could probably pound the zone a little bit better. I got into a lot of counts where I had to make some pitches and fortunately, I was able to, but it’s not a good recipe for success. But I like the way the ball is coming out. I like the shapes that I’m getting and I’ll take the results there.”

The Giants put Jake McGee on the 10-Day IL for a “sore back.” His spot on the roster was necessary for Longoria’s return.

The Giants acquired INF Donovan Walton from the Seattle Mariners for RHP Prelander Berroa and assigned him to Triple-A Sacramento. INF Mike Ford was designated for assignment.