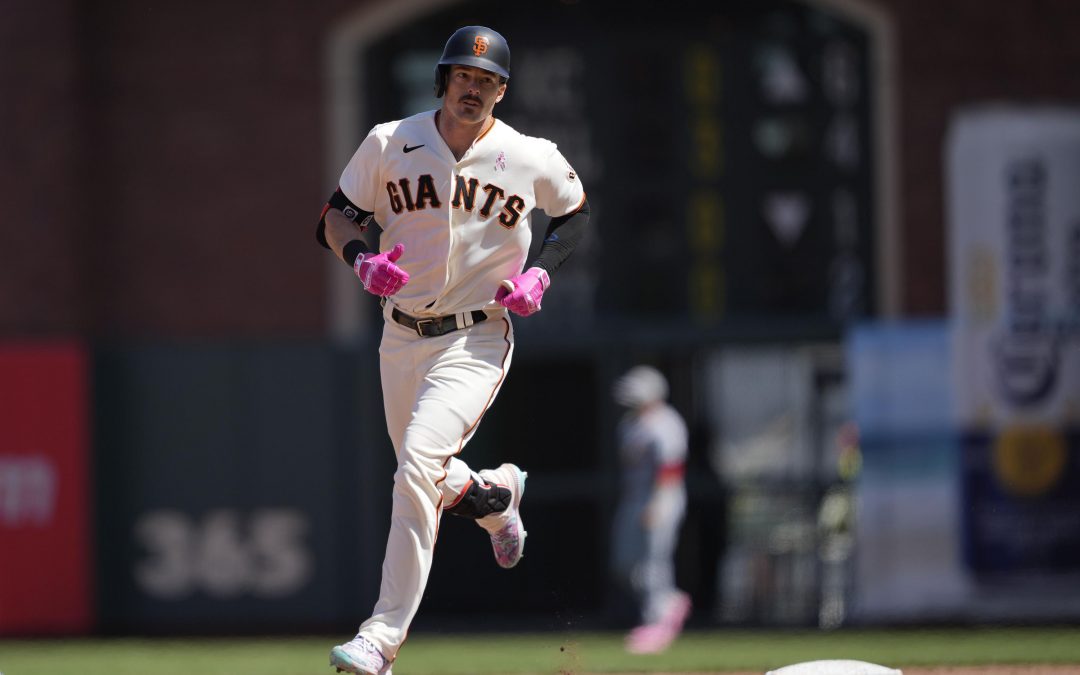 That Sound You Heard Was Giants Baseball, Circa 2021

Those were Mike Krukow’s words as Yaz rounded the bases after his booming home run gave the Giants a 4-3 lead in yesterday’s game against the Cardinals. The homer came in the bottom of the sixth and the sound of the crack of the bat could be heard from San Francisco to Seattle. From home on my Internet feed on mlb.tv here in Venice I swear I felt a sonic boom. The ball landed in McCovey Cove and the Giants bullpen kept a very tough St. Louis team at three runs to preserve the win and give the Giants a split of the four-game series.

Soooooo Yaz is back!

LaMonte Wade Jr. also hit a long and loud home run to tie the game in the bottom of the second after the Cardinals scored two in the top of the frame. Welcome back Late Night! His blast would travel 436 feet, the longest of the young slugger’s career. It was a thing of beauty over the right center field wall.

Now, I would be remiss if I did not mention the numerous chances early in the game the Giants had to score runs with runners on third and less than two outs, or with multiple runners on base. In one case, Yaz hit a sac fly to plate a run. In others, weak outs following one-pitch at bats were made. It is something the Giants will need to work on, this situational hitting thing, if they want to advance to the World Series. The long ball is live and die by and not always reliable.

Home runs are a cruel mistress…

Let’s talk about Jakob Junis, the Giants emergency starting pitcher. His line of five innings, three hits, two runs allowed, both earned, on five strikeouts and two walks does not tell the whole story. The righty was able to keep the Cardinals particularly the big thunder of Arenado and Goldschmidt, in check for most of the game (with the exception of a scintillating piece of hitting off the bat of Paul Goldschmidt who doubled on a slider low and on the black of the outside corner to lead off the top of the fourth inning. He did this after striking out on the same pitch in the previous at bat). With the exception of an unfortunate two-run homer allowed in the top of the second to Yepez, Junis was very effective at keep both right-handers and lefties off balance and initiating weak contact. His slider was his number one pitch and he threw it up, down, in and out to flummox Cardinal batters. In one particular at bat against Dylan Carlson he threw three sliders on the inside corner on the hands of the batter, batting left-handed, and tied him up thoroughly to strike him out. This kind of pitching is very ballsy and requires a confidence in one’s off-speed pitch command. Junis also throws a much swirlier, bigger breaking pitch that can frankly be called a “curve ball” a pitch rarely seen anymore in today’s pitching arsenal. It too has a strong break but takes more time to develop. In many cases against righties Junis threw it to set up a fastball in or a slider up.

I was impressed with Junis’s poise and his start was critical to the victory yesterday. If this young man can command his fastball he will be a valuable fifth or sixth starter for the Giants.

To be sure, Mr. Junis got away with a few, one pitch in particular to Nolan Arenado in the top of the third was hit loud, high and deep but was kept in the ballpark by a home-team friendly breeze that made Kuiper and Krukow reminisence about the good old days of Candlestick:

“At Candlestick the hot dog wrappers would hit you so hard and come flying in so fast that they would leave bruises.”
-Mike Krukow

The Giants are now 12-4 when they go deep and 4-8 when they do not. They don’t call them the Bay Bombers for nothing. Last year, the home run ball was critical to the identity and success of the San Franciscans. With a league-leading and club-record 241 homers in 2021, the Giants established themselves as a team that is built to strike at any moment, which explains why, with solid starting pitching and the best bullpen in the Majors, they won a franchise-record 107 games.

So far in 2022 the bats have been a bit chilly, with the notable exception of Joc Pederson’s lumber. They boys have been missing Wade, Longoria, BB9 due to injury or Covid and the line up has had a tough go of it in the past ten days, until Buster Posey Day on Saturday. Hopefully that big, glamorous and glorious day will be the turning point of the season.

With yesterday’s win the Giants are a respectable 16-12 and tied for third place in the NL West with the Colorado Rockies.

Now A Word About those Mother’s Day Uniforms

Pink!!!! Really? Does MLB need to degrade the sanctity of the uniform, particularly one as sacred and iconic as the Giants (who should not put player names on the back of the home creamy whites)? It’s a disgrace and just bad baseball aesthetics to see all those pink socks, cleats and gloves. Horrible… Just disgusting… During the game the Giants announced the pending retirement after this season of both Albert Pujols and Yadier Molina. Both players emerged from the dugout to acknowledge the standing ovation from the classy Giants fans. Way to go San Francisco! It was a nice moment all the way around.