The Art of Destroying a High Fastball 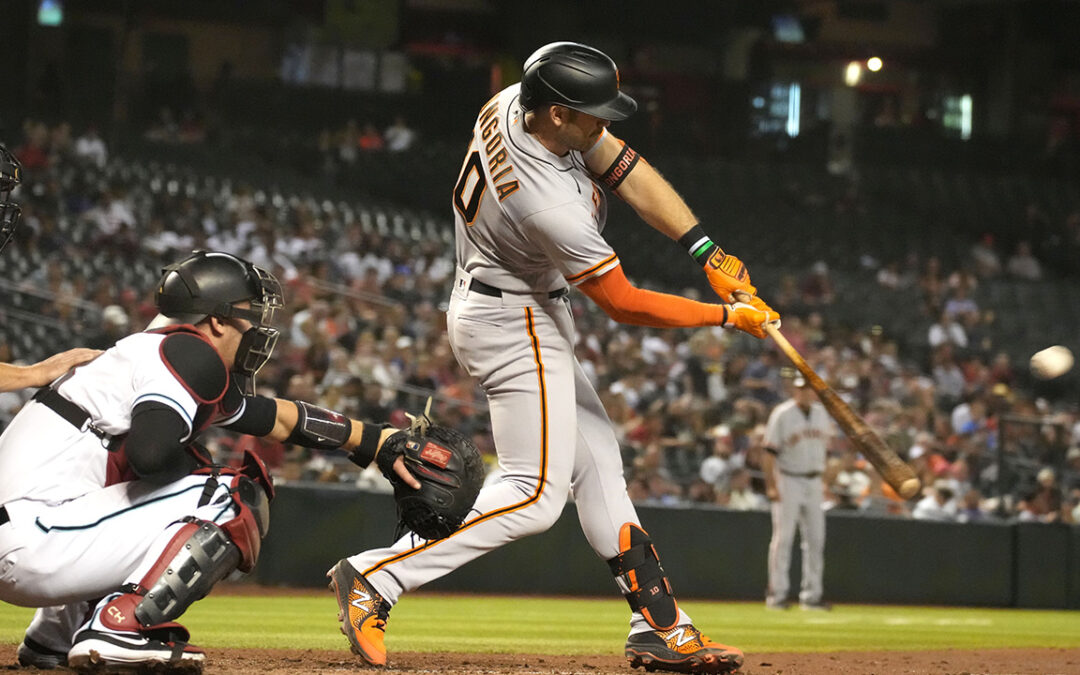 In the Giants 8-0 victory over Arizona in last night’s game Evan Longoria went 3-4 with a phenomenal three-run homer and another run batted in. Brandon Crawford had two hits and drove in three to make his team-leading ribeye total 32, or a pace for 120 on the year. Kevin Gausman got his fifth win pitching five innings and not allowing a run. He lowered his ERA to 1.52 despite throwing a very inefficient 97 pitches in the process. The Diamondbacks had nine hits two walks in the game but did not score a run. That’s a rare feat for the Giants pitching on this day.

The Giants bounced back nicely after their veeeeeeeery disappointing weekend vs the team that shall go un-named.

Look closely at Longoria’s homer in the top of the third and you will see a piece of magisterial hitting. The long ball came of a 95 mph fastball down the middle and around letter high. It looks like Longoria is late on the pitch… but no! He got it dead square and it was a laser over the center field wall, dead center. It was loud. It had Bob Brenly and the DBacks announcing team in awe. Longoria was waiting for a heater and he was ready for it when it arrived. It was room service but yet not the easiest of pitches to handle. The bat speed, the stroke and the power are simply awesome. A video of that home run belongs in the hitting a baseball hall of fame.

So long from Longo 👋 pic.twitter.com/GgZ7A3ULUr

If the Giants are going to get this kind of production from Longoria, Crawford and Posey then they have a legitimate chance at not only making the postseason but winning their division. There! I said it! I don’t care how good the Padres and the other team are. If these Giant bats wake up and the starting pitching stays on the path towards Cy-Youngness then….

BB9 played his first game in a while. Then he had to leave. No word yet on the severity of the injury but it does not look good.

The Giants play game two of the series against Arizona with Johnny Cueto facing Merrill Kelly. First pitch is at 6:40 PM.