The Bounce Back Boys 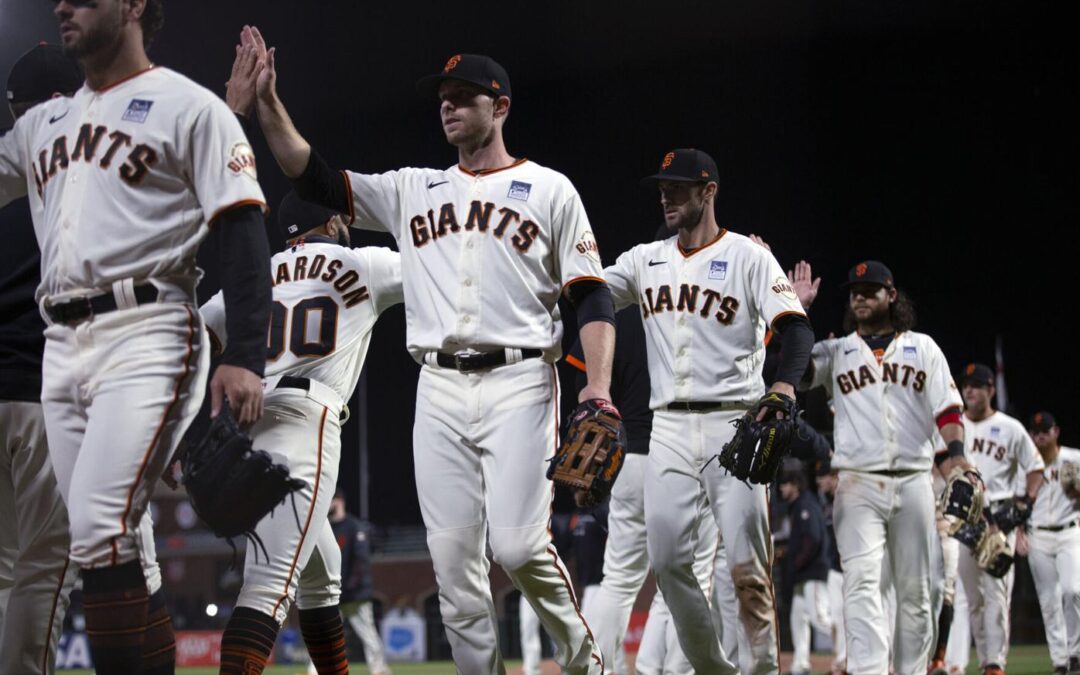 After the slopfest of Tuesday’s game against the Angels that saw the Giants get spanked 8-1 our boys of summer were supposed to be dead meat against the hot Cubs who came into town with fresh sweeps of the Padres and Dodgers in their first west coast road trip since 2019. Well… ummm BCraw would like a word.. The Giants beat the Chicagoans in the first game of a four game series in impressive fashion 7-2 last night thanks to Brandon Crawford’s three-run homer to right center and another strong outing by Anthony Desclafani.

The Giant shortstop is making his case to be the starter in the 2021 All Star Game that will be held in Denver this July. Crawford would have four runs batted in for the game and raise his team-leading total to 36 for the season. His OPS is .873, second only to Xander Bogaerts (.910) among shortstops in Major League Baseball.

Disco pitched six innings allowing two runs on four strikeouts and zero walks. Buster Posey and Alex Dickerson also had two hits to propel the Giant attack for a bounce back win, an impressive characteristic of the San Francisco Baseball Club LIMITED in 2021.

The Giants have not lost three in a row this season and have lost three games in a row only once, an incredible feat really after 56 games. The Giants are now 35-21, in first place in the NL West, and best in the National League, by the way. They seem to be liking the view from the top and who can blame them. The Giants are now 16-8 at Willie Mays Field, the second best mark in MLB behind the Mets who are 15-5. Winning at home has been a key part of the Giants modus operandi this year.

Anthony Desclafani also had an RBI double that tied the game at two. It was a line shot over the right fielder, an embarrassment for Cubs pitching and an argument against the DH.  The big blow in the game was Crawford’s three-run bomb in the bottom of the fifth with the game tied at two. It came off Rex Brothers a lefty brought in specifically to face the left-handed hitting Giant shortstop. Mr. Brothers’s fastball found too much plate and too much lumber as it was launched into the San Francisco night with authority. The offensive heroics were not the only highlight for BCraw who made a sizzling play on a slow roller by Kris Bryant. Crawford rushed in to barehand the ball on a weird bounce and in one motion make a strong throw to first to get the Cub third baseman. It was robbery.

“It was an off the charts game for Craw.”
-Gabe Kapler

He is the best. pic.twitter.com/jMQOI1QaD5

Buster Posey Wins 2020 Lou Gehrig Award
This is cool, one more piece of hardware for the future Hall of Famer.

Tonight, the #SFGiants are proud to recognize @BusterPosey, the 2020 winner of the Lou Gehrig Memorial Award. pic.twitter.com/pTcKKnpw2N