The Case of the Disappearing Outfield 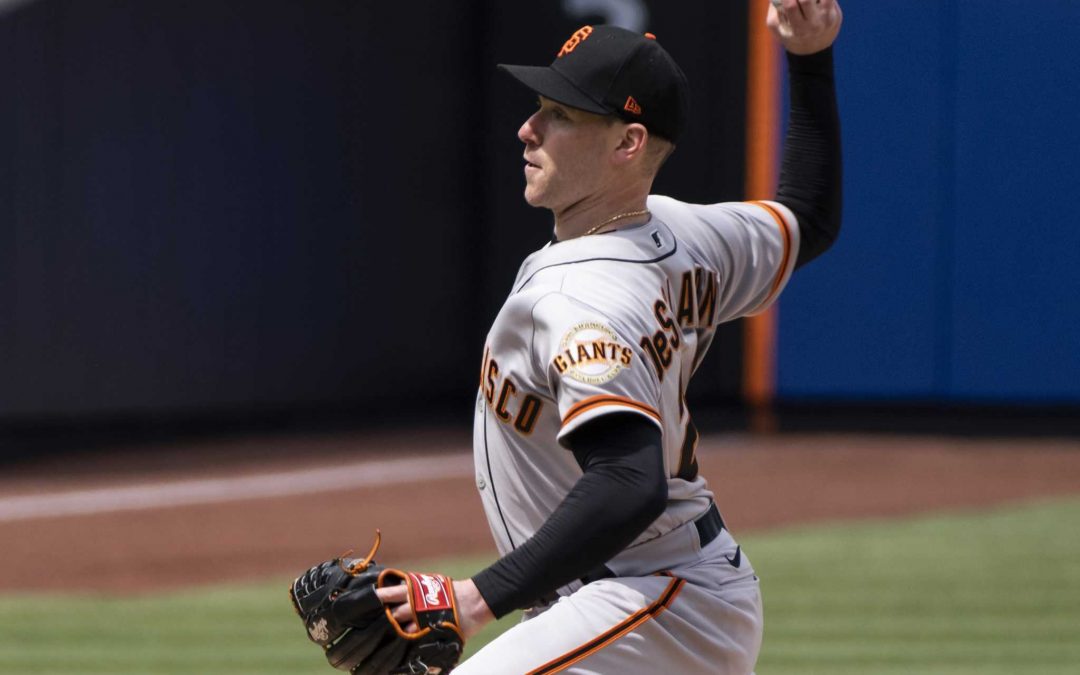 Ok, first and foremost, sometimes baseball games come down simply to the starting pitching matchups. This was the case in yesterday’s 6-2 loss to the Mets. Carlos Carrasco was very good for the New Yorkers and Anthony Desclafani was very NOT good for the Giants. It did not help that Steven Duggar had to leave the game in his first at bat after pulling a muscle, presumably his oblique. No word yet on how long he will be out for the Giants. To add insult to injury Mauricio Dubon took over for Duggar in the middle of an at bat with the count 1-2. Unfortunately, Mr. Dubon decided to attempt a bunt, a very poor attempt at that, all the while forgetting the count. He missed the pitch and walked dejectedly back to a very silent Giants dugout.

Dubon had widespread support to bunt in that situation. Yeah, it’s easy to assume otherwise. And of course, you can disagree with the decision. But he didn’t make it because he lost track of the count, etc. It was calculated. https://t.co/17ryIUoQch

If you believe this I have a bridge in Oakland to sell you. The Giants are approaching Trumpist levels of PR Bullshit. If it is true, it’s incredibly stupid. I do not know what scenario disturbs me most…

Yaz hit a homer and had two hits and appears to be awakening his swing from the dead. Those were about all the offensive highlights for the Giants. They had four hits in the game, one of them being an RBI knock off the bat of Thairos Estrada.

Back to Desclafani: It appears the righty has lost his fastball. He was barely breaking 90 mph on the gun. He was throwing a nearly exclusive array of sliders and other offspeed pitchers, some of which were hit hard and one of which ended up in the right field seats in the bottom of the first inning when Francisco Lindor homered on a breaking ball down and over the heart of the plate. It was not necessarily a bad pitch. It was, however, in Lindor’s wheelhouse and he got all of it. From there the Mets would add on with a homer and more RBI knocks. Desclafani would last five innings as Giants Manager Gabe Kapler did not want to go the pen before then since the Giants next game will likely be pitched by bullpen committee.

Desclafani’s season so far is not good and it is becoming a worry. I hate the passive-aggressive term “concern”. Right now Desclafani is one big question mark on the Giants staff which is one of the top two or three in the Majors. It is something the pitching corps needs to figure out. Is it mechanical? Is it mental? Is it an injury? The decreased velocity in Desclafani’s fastball cannot be compensated for with exquisite command or sterling offspeed pitches that do not exist in the pitcher’s arsenal. Without his fastball he is toast.

As for the bats, well, they were over-matched by Carlos Carrasco. The Met starter would end up going 7 2/3 innings allowing only four hits and at one point retiring fifteen straight San Franciscans. It was one of those days and series, in which the Giants lost 3 of 4 to superior starting pitching performances. We could say the Giant bats are a bit frigid. We could also say the Mets have some mighty good starting hurlers.

As for the outfield well to combine Duggar’s loss to injury with Jaylin Davis being DFA’d means the Giants are a bit thin in a position that was questionable from an offensive standpoint to begin with.

The Giants made a trade yesterday to acquire Cory Abbott, a right-hander, from the Cubs.

The #SFGiants and Cubs made a trade today, with RHP Cory Abbott joining the Giants organization in exchange for cash considerations. Abbott has been optioned to Triple-A Sacramento.

OF Jaylin Davis was designated for assignment to make room for Abbott on the 40-man roster.

It sure would have been nice to have acquired Seiya Suzuki… but if you believe Andrew Baggarly’s account of the courtship for the big Japanese power outfielder, they were not in the running once Suzuki got word of San Francisco’s chronic homeless, filth and crime problems…

The Giants travel to Washington DC tonight to begin a three-game series. The first pitch is at 4:05 PM.