The Creamsicle Magic Is Over 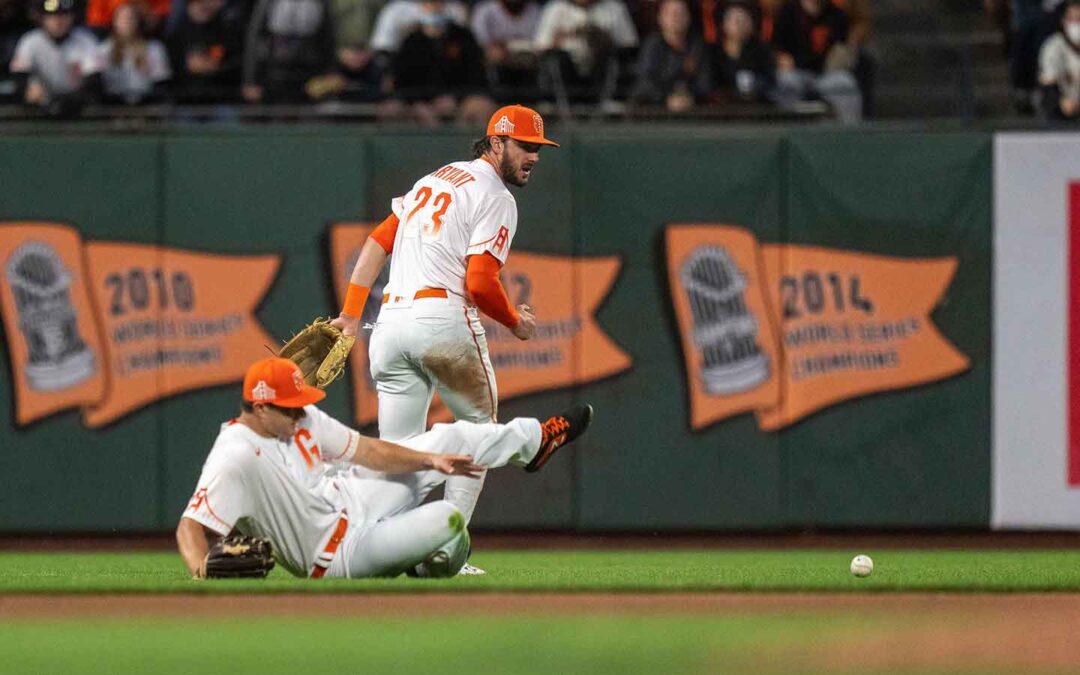 The creamsicle magic is over.

Right now the Giants are in perhaps their words funk of the season. After last night’s 6-2 loss that was worse than the score indicated, the Giants lead in the National League West is .5 games over the Bums, who of course won last night.

The Giants were done in by many things, a very good Brandon Woodruff, a very sick Johnny Cueto, horrible defense (Don’t ask!), and an absence of big hits (see reason one). That they lost for the first time with those weird creamsicle uniforms only made the night worse. Cueto’s line of 3 2/3 innings pitched with ten hits and six runs given up (all earned) does not tell the whole story.

The Brewers scored two runs in the first, a run in the third and two in the third. Ball game. That first went like this for the Brewers: three soft singles and RBI ground out, Giants down 2-0. That’s what good teams do and the Giants were not able to bounce back because once again, the Brewers had the better matchup of starting pitchers.

Brandon Belt hit his 20th homer in the bottom of the sixth. It was his career-high. Congrats BB9.

20th home run of the season for Brandon Belt 👏 pic.twitter.com/wO7h3xDCPX

In the game the Giants managed seven hits. They also struck out a whopping 15 times! That’s just terrible! If you are keeping score back home the Giants have scored a grand total of three runs in their past three games. They have not hit for much power and they have not generated much by way of rallies. Their starters were toast pretty much by the third in every game. With these tense, playoff-like games the Giants are starting to show the wear on their starting pitching staff.

One bright spot was Jose Quintana’s 3 1/3 innings of scoreless relief. He was called up earlier in the day.

The hitters will come around.

Ron Wotus announced yesterday that he is stepping down as a full time coach. He will remain with the Giants in another capacity. Mr. Wotus has been a Giant coach since 1998. WOW! Despite the loss, the horrible play and problematic schedule the Giants still control their own destiny. If at the beginning of the season I told you the Giants would be in first place on September 1 tied for the best record in baseball with the Rays, you would tell me to put the pipe down and go to bed. The reality is this Giants team is for real and they will not fade into the oblivion of mediocrity just because they are hitting a rough patch of play. Hang in their Giants fans!

Tonight it will be Brett Anderson facing Kevin Gausman in the House that Barry Built. Game time is at 6:45 PM