The Curse of Conor Joe 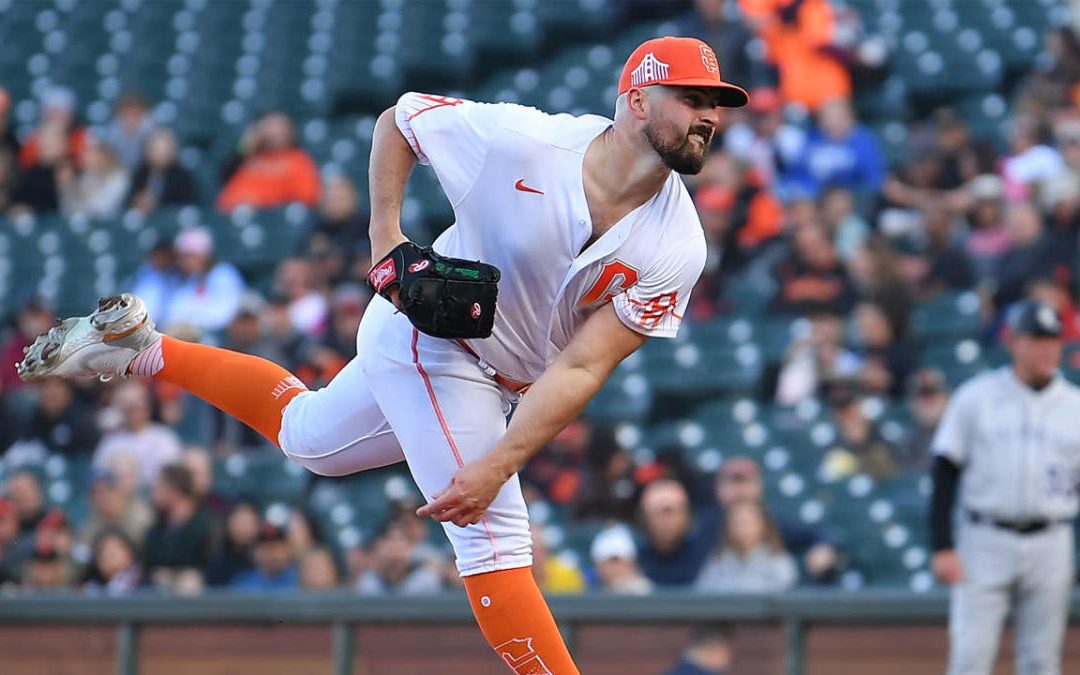 We all know what purgatory is. If you wanted to see a Major League Baseball player experience it live all you had to do was watch Carlos Rodon’s outing last night. On paper, Rodon is a sensational pitcher. For the first month of 2022, he was Cy Young-caliber, simply dominant. Last night, not so much. The Colorado Rockies had a lot to do with it. Between all the foul balls off Rodon, including more than 25 after three innings, all the extra pitches, all the misplays and non-plays on the field, and finally, all the dribblers, dunks and seeing-eye hits, it would not be surprising if Rodon started taking Yoga lessons today.

The Curse of Conor Joe

It’s not that Rodon was bad. He was not. His fastball hit 97-98 MPH, routinely. His breaking pitches looked good. It just was not his night, beginning with Giant-killer Conor Joe. Yes, the Giants are now caught up in the Curse of the Joe, which is an extension of the Curse of Barry since left field has been a graveyard for the Giants since Barry Bonds was forced to retire and during the Conor Joe experiment, which was an abject failure. You may recall, or may prefer not to recall, that Conor Joe was the opening day left fielder for the Giants in 2019. He went 1-2,345 before he was DFA’d unceremoniously. Now the Giants are lucky to get him out. He is a pest. He takes pitches he should not. He hits homers, like leading off last night’s game with a bullet off a 96 mph fastball right down the middle and thigh-high. He steals bases and takes extra bases on throws, like last night, and generally, and suddenly has become the second-coming of Tim Raines when he plays in San Francisco.

Conor Joe has now reached base in 33 straight games, the second longest active streak in the Bigs!

It’s almost comical. Now Conor Joe decides to become a ballplayer!? Where was this in 2019?!

Between excellent and pesky at bats by the likes of Joe, Daza, and Grichuk, Rodon was forced to depart the game after four innings and 98 pitches. It was just the perfect example of purgatory and the Rockies, a very bad ballclub, played like it was the seventh game of the World Series when they were facing Rodon. They were motivated, a little extra. It was weird and this is a pattern off Rodon. The same thing happened in Philly. He is having trouble getting swings and misses and strikeouts. He is throwing far too many pitches for a pitcher with his stuff. Something needs to be worked on or change.

Despite the struggles, Rodon did record seven strikeouts and did battle to exit the game with the Giants leading 3-1. The problem was, again, the Giants leaky middle relief.

In the top of the sixth, pinch-hitter Charlie “Chuck” Blackmon hit a monster 423 foot three-run homer off a breaking pitch down and in from Jose Alvarez to clean up the bases and clean out the Giants. Suddenly it’s 5-3 and that’s how the game would end. In fact, the Giants scored three in the bottom of the first, two of which came from a homer by Wilmer Flores. Luis Gonzalez followed with a run-scoring single. From that point onwards the Giants were held scoreless by the Rockies.

That top of the sixth started with Zach Littell giving up two singles before Avlarez allowed the homer.

I would argue the most depressing thing about this loss was the Giants getting shutout for 8 1/3 innings against a Rockies team still looking for an identity. The Rodon situation is weird but I think he will fix it. In Carlos We Trust. What is going on with the Giant Bats? They had a day off for Willie’s Sake! Brandon Crawford left in the fifth inning because of right quad tightness. It was speculated that he was still recovering from a bad cold. Alex Cobb was placed on the 15-day injured list with a neck strain. Darin Ruf returned from the bereavement list. Sam Long was recalled from Triple-A Sacramento and INF Jason Vosler was optioned down.  So Long Jason. It was nice knowing you.