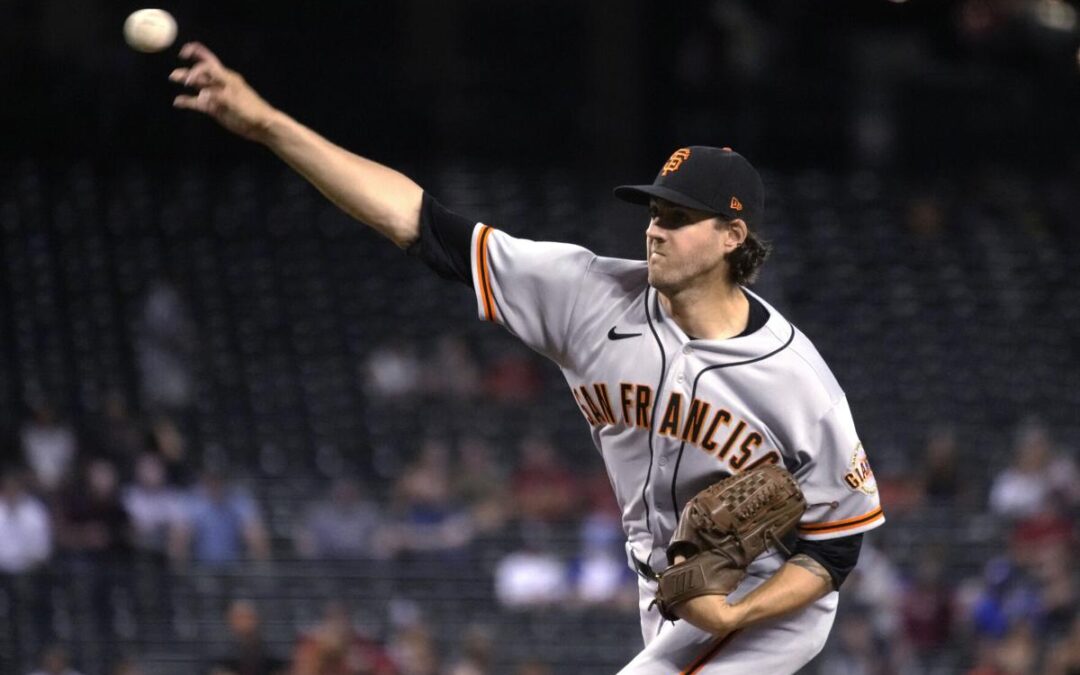 Kevin Gausman is back baby and that spells trouble for the rest of the National League! Last night the Giant ace hurled six innings of one run ball and struck out eight while walking zero to get his first win since the Obama administration. Well, not really but the big righty had been struggling since the All Star Break to the tune of 0-2 with an ERA of 8.something horrible in three starts. Word on the street was there was either a mechanical problem or he was tipping his pitches. My vote is the latter because the only way so many batters keep taking his splitter is if they know its coming. The Giants will never admit this however, as they should not.

Alex Dickerson hit another laserbeam into the right field bleachers. This home run was a three-run job. If you are keeping score back home that’s seven ribeyes in two games for Dick the Stick. With his bat coming alive at the same time that Donnie Barrels awakens from his season schnooze the Giants will have some very serious roster shuffles to make with BB9 expected back any day now. Last night Mr. Barrells hit a homer of his own, a solo shot, while adding a two-run single. He is on fire. The homer came on a low curve ball that was whacked with some mad squabbles behind it. He also is batting a cool .281 and looking like the Silver Slugger of 2020.

Buster Posey hit a screeching RBI double as well and the Giants pulled away late in a game that was 1-0 until the top of the sixth.

The Giants blew the game open with a four-run 7th where all the runs came with two outs and after the third out was recorded on a strikeout. The problem was that the strikeout pitch got past the Diamondbacks catcher Bryan Holoday allowing LaMonte Wade Jr. to reach base. Then the fireworks started…

In another note @mysterygiant Tommy LaStella returned to the line up and promptly reached base four times with two hits. He also scored a run and his presence in the line up was a factor in the game for Gabe Kapler.

Here is the Dickerson blast:

The Giants conclude the four game series with a chance at three wins. It will be Alex Wood against Merrill Kelly with the first pitch at 12:40 PM.

We just launched a new Giant Statistics page with posts related to the numbers and boy are there going to be some interesting numbers being posted. The page will have stories on everything from home runs the Giants hit to the number of times Barry Bonds refers to himself in the third person. These will be written and managed by our new Statistics Editor, Cassie Black. Please join me in welcoming her to the TWG Family.