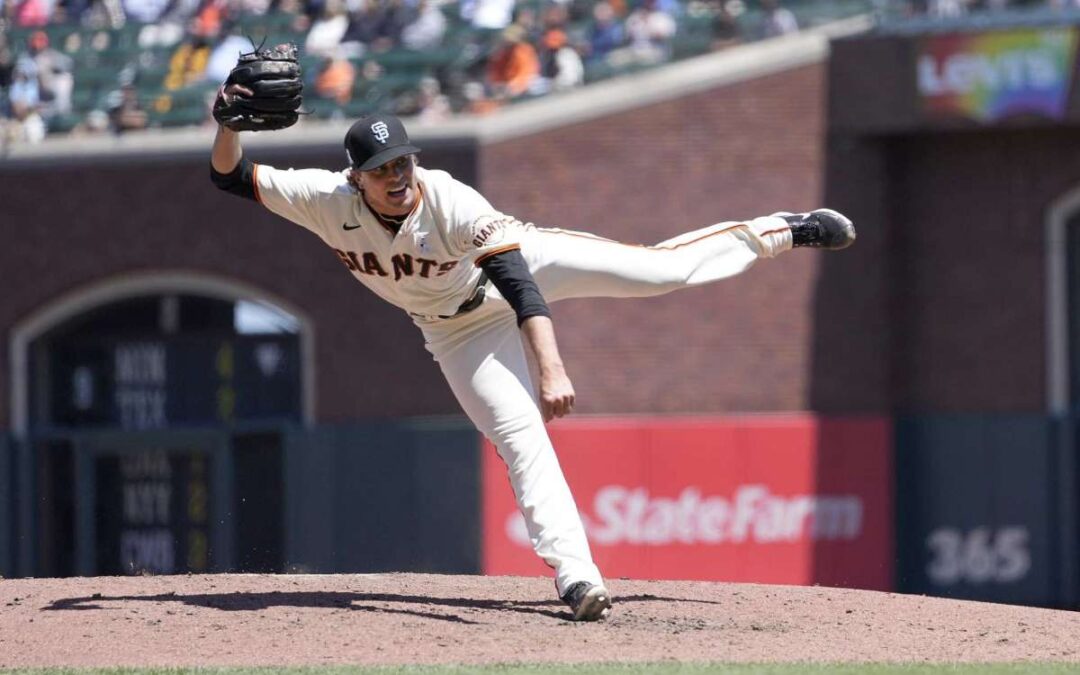 Editor’s Note: This post was written yesterday but posted today due to a technical issue.

I have to make this brief because I have a plane to Athens to catch.

Yesterday the Giants bounced back from a weird and kinda ugly loss on Saturday with an 11-2 win on a sunny day at Willie Mays Field. There were many heroes, particularly in the batters box. But let us begin with Sammy Long, who restored a bit of order to the Giants pitching staff with a strong start, his first one in the Bigs, going six innings and allowing only two runs on four hits with six strikeouts and one walk. Keep in mind this had been a pretty hot hitting Philadelphia team coming into the game.

It might be strange to say this but I believe a key inning was the top of the first, with Long getting the first two batters before allowing a two out double to J. T. Realmuto, who took third on what was ruled a wild pitch but was really a passed ball. With two outs and a runner on third in his first Major League start, Long induced Bryce Harper to fly out to right and the threat, however small, was gone. It gave him confidence and kept the Giants from having to play catch up after Saturday’s stink bomb.

Wilmer Flores went deep twice and had four hits. Yaz hit a first inning homer and Bcraw hit one too. The Giants had fifteen hits in the game and guys like Duggar and Solano are continuing to rake. That dude, Mr. Yaz had two more hits. Solano raised his batting average to a respectable .270. This Giant offense is simply relentless, especially at home.

What I enjoyed about Sammy Long was his unique combination of curve and slider. Now some may quibble and say he throws different curve-balls. Whatever. I find his mix of breaks and speeds on the off-speed pitch to be very effective, particularly when combined with his 95 mph fastball. He also throws a mean change. The one he threw to Bryce Harper in the first inning on the first pitch of the at bat was devastating. Now if he can command that heater Mr. Long will be in business for a long time.

The win on Sunday gave the Giants the series victory and a 6-1 homestand. Not too shabby.

Yeah, we shot a bunch of footage of Brandon Crawford around the bases. Was thinking about entering it in some festivals. Probably won’t. You know, not what this is about, but… pic.twitter.com/Eq5JhBRINL

The Giants are off today and travel to the Southland to face the Angels for three games starting Tuesday.