The Shot Heard ‘Round Milwaukee 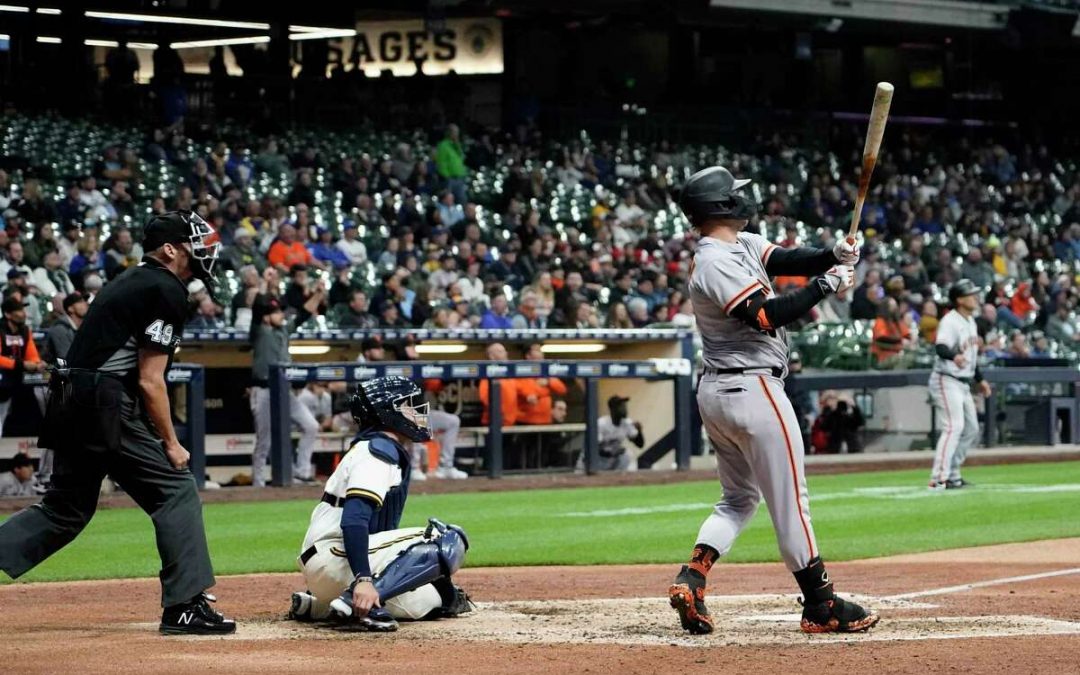 Joc Pederson gives the Giants the lead in the 8th!!!

This was, hands down, the most thrilling win of the year.

Can you imagine CAN YOU IMAGINE having to call timeout because some repugnant assholes are spewing hate about your family … and you somehow are not only not rattled but channel that emotion into hitting a game-saving home run. https://t.co/Iq6g4RKCb1

The story is already legendary and one tips their hat to Mr. Pederson for his amazing early season run as a Giant, one in which he has hit six homers in only seventeen games, a historic mark for a San Franciscan. The impressive aspect of Pederson’s streak has been his ability to catch up to fastballs up in the zone, normally a problem for lefties. His quick stroke and well-timed step before the swing appear to be in perfect sync. The move to leadoff after Yaz’s Covid-19 positive result has also been an inspiration, one that Gabe Kapler and the Giants brain trust deserve a lot of credit for.

His blast in the eighth was an emphatic “F()ck You” to a miserable fan and he not only answered the heckler with a homer but also with those exact words, according to our sources on the field.

The Giants would end up with only six hits in a game that saw Corbin Burnes dominate their line up as he pitched into the seventh. Then Trevor Gott was called up on to preserve the 1-0 lead. He then gave up the Pederson blast. When Wily Adames homered for the Brewers to answer in the bottom of the eighth inning off Jake McGee it was a new game, setting up Luis Gonzalez’s heroics. His bomb was a boomer, a true moonshot that barely stayed inside the right field pole. It was a thing of beauty.

“I was just trying to get a good pitch to hit, something to handle and something to drive in the gap and it ended up going over the fence. Just really happy. I wish my family was here to witness it, but I’m sure they are really stoked back at home. It’s just incredible. I’m just loving life right now.”

And Where did Luis Gonzalez come from you ask?

The Giants got Luis Gonzalez because they had an open 40-man roster spot for four days last August and they were willing to stash him on the 60-day IL as he had shoulder surgery and rehabbed. As they always say, there’s no roster move that’s too small.

A Study in Pitching Contrasts

Camilo Doval pitched the ninth for a save. He was the eight pitcher used by Kapler in the game. This was a game that had Brewers win written all over it when it came to the starting pitching matchup: Long vs Burnes. Sam Long would pitch one shutout inning. This game is why I do not bet on baseball, even at the Little League level.

The Giants host the Athletics at Willie Mays Field. Game time is 6:45 PM. It will be Daulton Jefferies against Carlos Rodon. Interestingly, the Giants made a strategic decision to give Carlos Rodon an extra day of rest when his spot in the rotation was scheduled for yesterday’s game in Milwlaukee. The move already paid off and is an example of Farhan Zaidi and Gabe Kapler planning for a long season and trying to prevent injury to Rodon.