The Siege of Cincinnati 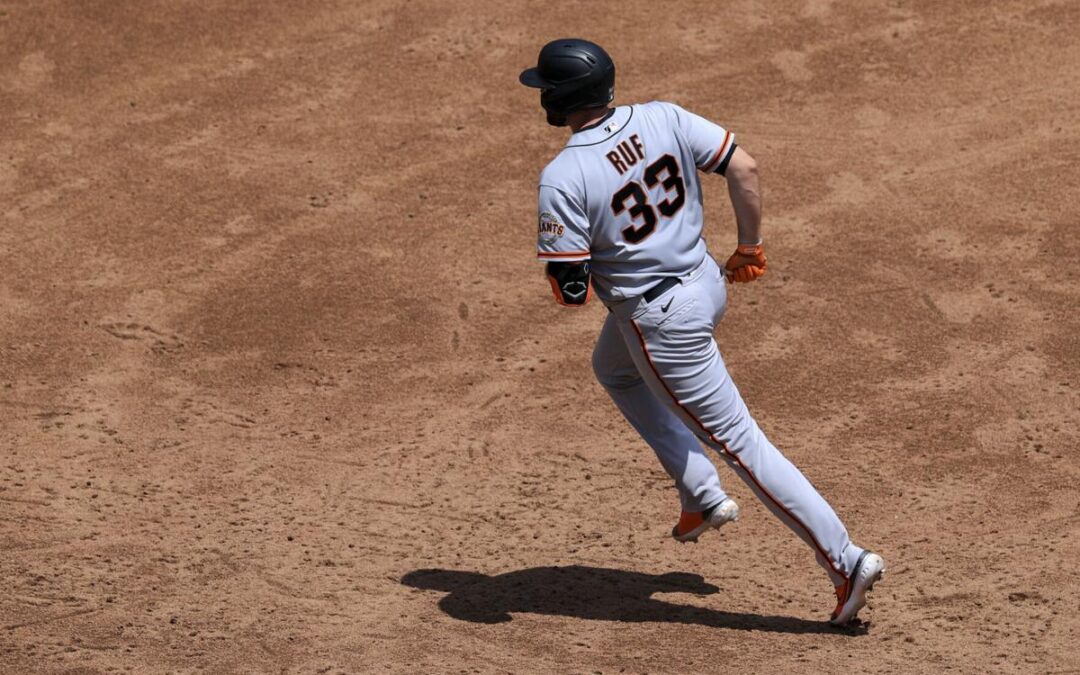 Throughout history there have been numerous bloody sieges that have resulted in the loss of lives, rape, pillaging and the destruction of whole cities. There was the sack of Rome (427 and 1527), the siege of Leningrad, (1941-1944) the siege of Carthage (149-146 BC), and so on. Don’t ask me why Rome was “sacked” and not “sieged”. It’s probably an aesthetic Italian thing…

Yesterday the Giants added to that history (from a baseball standpoint) with the total devastation of the Cincinnati Reds, completing a four-game sweep with a 19-4 victory that was not as close as the score indicated. The Giants domination of the Reds is simply too impressive to fully summarize in this post but suffice it to say that the Reds were not a bad team when the Giants arrived into town. By last night the Reds, in particular their pitching staff, will need lengthy group therapy, a variety of sedatives, and years of post-traumatic stress disorder meetings.

What the Giants did to the Reds in the series ought to carry an “X” rating….

Yesterday the Giants scored the most runs in a game in the history of the new Reds ballpark since it opened in 2003. The Reds had the lead for only three innings in the entire series. The Giants scored nine runs on three hits and four walks in a 35-minute jamboree of baseball in the top of the third. Throughout the game the Giants put up excellent, tough at bats, particularly with two-strikes. Numerous players like Mauricio Dubon, Brandon Crawford and Evan Longoria had hits up the middle or the opposite way with two strikes. In all cases they drove in runs, countering the strikeout epidemic across Major League Baseball. I could write a major philosophical treatise 1,000 pages long about how much I loved this game from an offensive standpoint. BCraw had six ribeyes. Steven Duggar, who looks like the second coming of Jim Edmonds all of a sudden, hit a huge grand slam that did permanent damage to parts of the ballpark and caromed so far and so hard that Reds center fielder Tyler Naquin had to unceremoniously field it after watching it fly over his head and over the wall a few seconds earlier.

And Darin Ruf, Yes, Mr. Ruf, you had yourself a day, going 4-5 with a two-run homer and some excellent hitting to all fields. Right now it appears BB9 is injured more seriously than we are led to believe. It is a comfort to know that bats like Ruf’s and Wilmer Flores’ssss await to pick up the slack. The Giants bench and their overall depth have been a huuuuuuuuge difference-maker this season so far and but one prominent example of the imprimatur of one Farhan Zaidi…

19 runs is the most scored in a game this season 🤯 pic.twitter.com/VSXcDOmXNK

Reds starter Tyler Mahle had, what looked like from my youtube feed, very good, hard and biting stuff. His fastball appears very heavy and his slider is sharp. The problem for him, as Jeremy Affeldt pointed out in his commentary, that the Giants were exceptionally disciplined at the plate, laying off close pitches that were just missing the strike zone and waiting for pitches they could handle a little lower in the zone. Evan Longoria had a great at bat in the first inning to knock in a run with two outs to get the Giants siege of Cincinnati started in clutch fashion.

Johnny Cueto won a game in which he was not his best. His command was loopy but he grinded and grinded and allowed only one run through five. Kudos to the veteran for hanging in there and getting key outs when he needed them. A word must be said about the Giants pitching: The Reds have the best offensive outfield in the Majors. Their trio of Castellanos, Nyquin and Winker leads the Majors in combined average, homers, RBIs and OPS for an outfield. The Giants held them in check for the most part the entire series. In fact the sweep at Cincy is as much a result of the super effort by the starters as it is the Giant bats.

Considering that Cincinnati was the scene of many a Giants carnage in years past, this series was even a little more sweeter, particularly for those of us who recall the days when even excellent San Francisco teams would get their asses handed to them by the Reds.

At present the National League West is a three-horse gallop to the finish. The Giants, Padres and Dodgers are combined 25-5 in their last 30 games.

The Giants return home to face the Dodgers for the first game of a three-game set and for the first time this season. I would not call this a huge series by any means but it is important for the Giants to play at least .500 baseball against the Los Angelenos and San Diegans as they demolish the rest of the National League, in my estimation. Alex Wood faces Trevor Bauer. First pitch is at 6:45 PM, Willie Mays Field time. Oh how much I would like to go to this game…